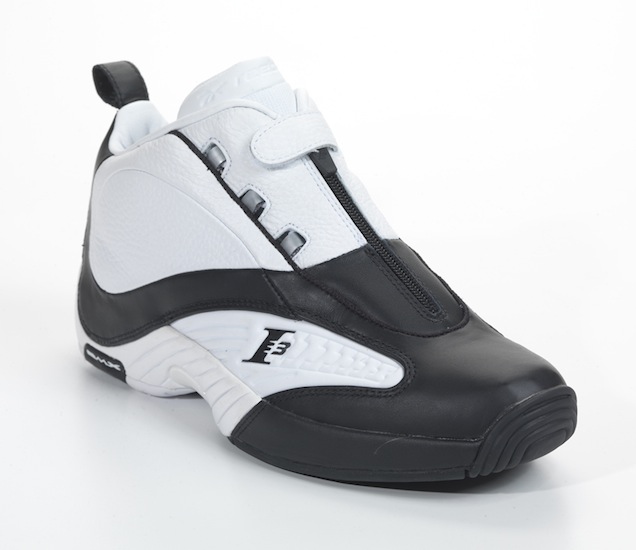 It takes a lot to make a classic. Take the Reebok Answer IV for example.

Created as the fourth iteration in Allen Iverson’s signature line, the Answer IV got off on the right foot towards being a classic. Actually, it got off on the right pair of feet. Specifically, those of an in-his-prime Iverson, who wore the sneakers during his 2000-2001 NBA MVP campaign.

“Of all the awards I captured in my life, in my career, it was none like that one,” Iverson said at a mid-July Reebok photoshoot (complete still and video footage of the shoot are available in the gallery above). “[Winning] it was like a great tribute to all of the people that helped me get to that point. My family, my friends, all the teammates that I played with, all the coaches that I’ve ever had, my fans, you know, everybody besides me that contributed to getting an award like that.”

There’s a chance that the IV’s might have become classics off the strength of AI’s co-sign and MVP season alone. But it certainly helps that there is an iconic moment attached to them as well.

“I was just into the game at that point,” Iverson said, setting the scene for the way he recalls his unforgettable crossover, jumpshot, stepover, of Tyronne Lue in Game 1 of the 2001 Finals. “We were battling during that game, me and him. Basically every time we played against each other, he always took a challenge when it came to me and tried to give his team what it needed to help them win. He stepped up to the plate, and I was hyped up at point.

“Once I hit the shot, he was right there and it was just a reaction. The strangest part about that is, me and him were big-time enemies when we played against each other; now we’re the best of friends.”

Between the strength of the player (Iverson) and the play (the stepping over of Lue), the IV’s were bound to go pop up in historic images and videos. It helps, though, that they were created with flashbulbs in mind.

“We created the shoe [with] 3M Reflective shock (a synethic material on the upper and paint on the midsole),” says Krinsky, “because we were really always wondering what the shoe would look like if it was shot, flashes going off around the arena. So there are a lot of shots of that shoe with the reflective. You can see some really great shots taken.”

Throw in the ONLY THE STRONG SURVIVE imprint on the outsole (based off of one of Iverson’s original tattoos) and the over-lace zipper, and the IV gained classic status for its look as well as its play.

“From a fashion perspective, we added the zipper,” Krinsy said. “Kids could lace it up when they were playing, and they could zipper it down with jeans when they weren’t playing. It became a very strong fashion look for us. The other thing that was really cool… that shoe took color really well. We did white/black, we did black/white for the NBA Finals, we did black/silver, we did white/navy, we did white/red. There were just so many colors we could do with that shoe.”

It takes a lot to cop a classic too, but here’s your chance.

On August 10th, 2012, 11 years after Iverson rocked the Answer IV’s all the way to the NBA Finals, Reebok will be re-releasing them in the original white/black colorway as part of a one-time drop at major retailers, that includes Foot Locker, Finish Line and Champs. They will retail for $115.

“I was just happy to have my own shoe,” Iverson laughed at the recent IV shoot. “That was my dream, that was one of my biggest dreams.”

“It’s great to be retroing these shoes for a new generation of kids,” Krinsky said that same day. “The AI franchise, I think, is going to be a big success for us.”

TO SEE AND HEAR MORE FROM IVERSON AND KRINSKY, SCROLL THROUGH THE PHOTOS AND VIDEOS, ALL SHOT RECENTLY, AT THE TOP OF THE PAGE.