AI was wearing the Reebok Answer IV during the iconic moment. 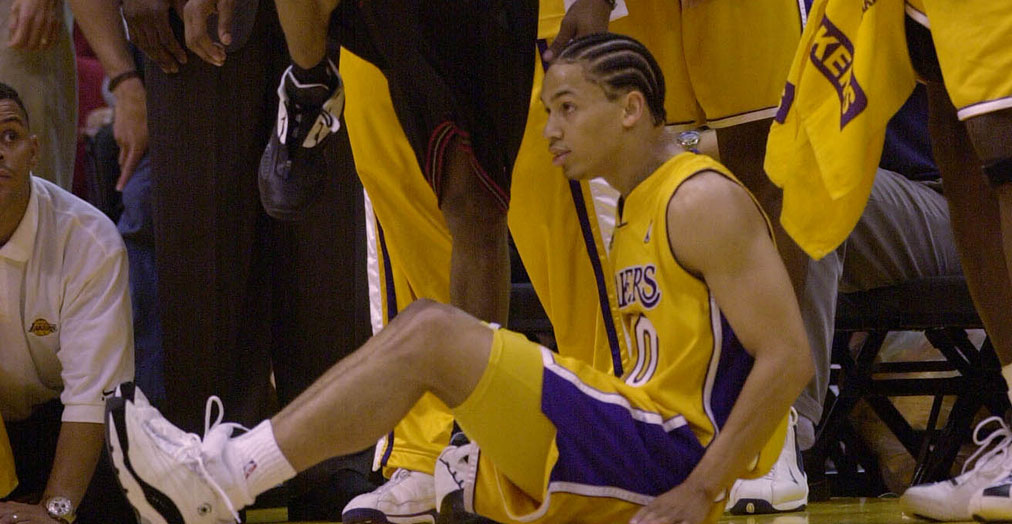 In a career full of incredible moments, Allen Iverson’s most defining play happened in 2001. It was Game 1 of the Finals, against the mighty Lakers. Shaquille O’Neal, Kobe Bryant and the rest of the purple and gold were 11-0 in the postseason before AI hit ’em with 48 devastating points.

His loudest bucket came with 47.6 seconds left in overtime. Isolated on the right wing against Ty Lue, Iverson walked him down to the baseline, pulled his dribble back and sank a fadeaway from deep in the corner. It was all net, his last field goal. And while the move and the shot were super tough, what happened immediately after the sequence solidified AI’s legacy forever.

In front of the Lakers bench, with Lue on the floor, Iverson took an exaggerated step over him, looking down as he did.

It was the punch that knocked the Lakers out and handed them their first loss of the playoffs.

Iverson won MVP in the regular season, shaking the hell outta anyone that tried to guard him. He put up 31 points per game and 2.5 steals per game that year. The regular season was just a preview, though. In the playoffs, Bubba Chuck averaged 33 points, 6 assists and 2.4 steals. And in the playoffs, he had a game with 7 steals against the Raptors, another one with 16 assists, four games with at least 44 points and two games where he scored 54 and 52.

Throughout it all, Iverson was wearing the Reebok Answer IV, his second most famous silhouette. The IV had both tumbled leather and black leather, a lacing system that featured a zipper and Iverson’s face on the outsole. He wore the simple black and white colorway when he stepped over Lue, guaranteeing the sneaker a spot in basketball lore.

Scroll through the gallery above to see pictures of AI doing his damage and watch the full highlights of his iconic game with the video below.

Max Resetar is an Associate Editor at SLAM. Follow him on Twitter @maxresetar. Photos courtesy of Getty Images.