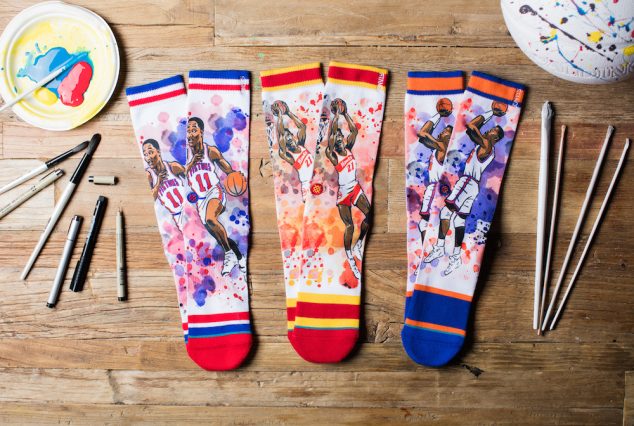 The details, straight from Stance:

Like all Stance Hoops collection, the TF styles are designed to fit the aesthetic of both hardcore NBA fans and sock enthusiasts.Specifically, Francis, who is best known for his extensive work in the skate world but is an avid follower of the NBA, worked on all of the player illustrations and vivd colors by hand. In doing so, Francis blurred and pushed the boundaries of art, socks and the NBA.

Stance’s Todd Francis Legends collection is now available at Stance.com and a variety of global retailers.

For more information on the TF Legends collection, be sure to keep it locked to @stancehoops and @toddfrancisart.