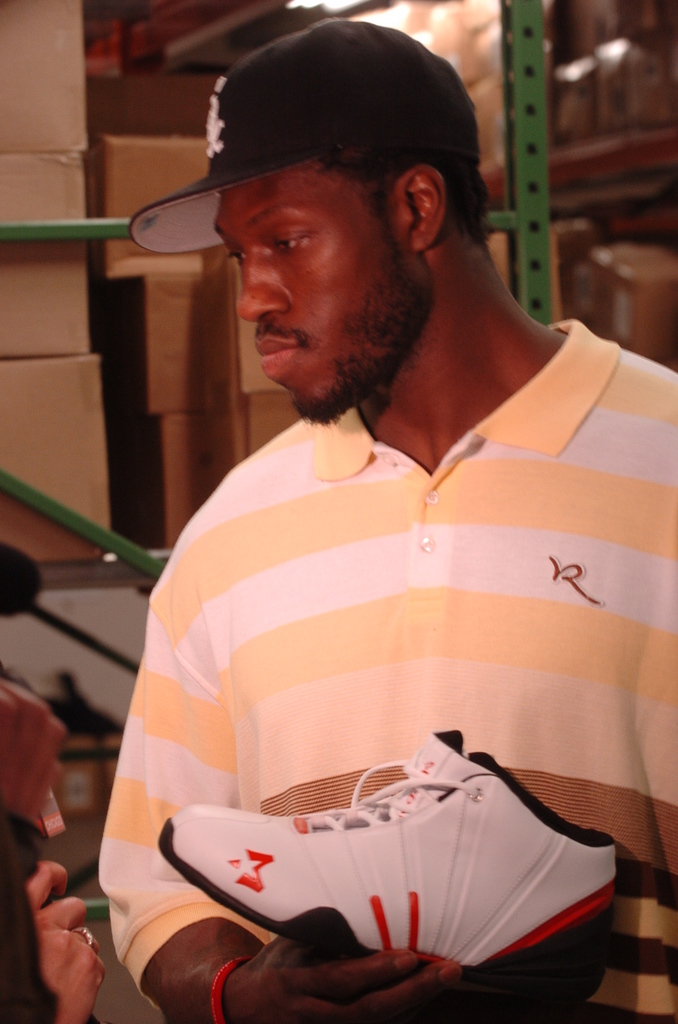 We did a lot of coverage last sumer about the launch of Stephon Marbury’s low-priced Starbury shoe line. Partly because of the surprising runaway success of the line, partly because Steph is my main man.

Well, it don’t stop. Earlier this week, Steph announced that Ben Wallace was joining the family. They’ll both wear Starbury’s the rest of the season, and next season Ben Wallace will have his own signature shoe. (And in a neat bit of coincidence, since the whole focus of the Starbury line is saving money, since both guys wear the number 3 they can share clothes until Big Ben’s stuff drops.)

I love what Big Ben said at the press conference announcing the deal:

“Kids don’t really understand what it takes to go out and buy a pair of $300 pair of shoes. We don’t understand the pressure we put on our parents when we’re growing up. This is one of the things where I think the parents will appreciate it a lot more than the kids right now because it eliminates so much stress from the parents. All parents want to see their kids have nice things.”

The line has also expanded to the point that there’s now over 200 products in the line, all under $15.

And I still don’t have a pair of the shoes. I’ve been by the Steve and Barry’s store in Midtown Manhattan a few times looking for kicks, but they never had my size (13) in stock because they’d always sell out so quickly. I’ve been told shoes and gear were coming my way a few times since last summer, but for whatever reason I just never have gotten my hands on any.

We talked a lot about the look of the shoe when they dropped, but now, nine months later, those of you who have copped some of the Starbury’s, how did they work out for you?