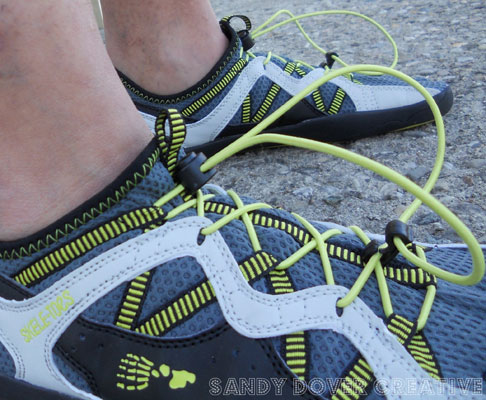 Honestly, the evolution of the shoes are found in the upper, as very little has changed with this particular model and in others like it in the actual last, and that’s not really a bad thing. The great thing about the sole of the Bayrunner is that it is still very ergonomic and natural feeling underfoot and most closely compares to the Skele-Toes 2.0—the EZ slide feature is still present (combining the smallest two toes together for an easier fit), the outsole is exactly the same with the multi-purpose herringbone traction, the midsole is still injected EVA foam with the regional outsole, and those are the principal similarities.

The most outstanding aesthetic features of the Bayrunner are found in the upper, as there is a bungee system with a combination eyestay system for lockdown, wide-eye closed-hole mesh, and various synthetic materials for support.

As far as actual fit and usage, the Bayrunner is very acceptable as a performance shoe, but it’s not for everyone. As is customary with minimalist shoes like the Bayrunner, time, patience and understanding of them are key to having success with the footwear, and sometimes that isn’t enough, because all feet are different. In my evaluations, the Bayrunner held up well in durability, but I needed more time than I allowed for my feet to be properly prepared for rigorous wear.

Specifically, I tested the Bayrunner on the trails and in the woods for a few runs and hikes, and I came up with fairly positive results, but I know that the Bayrunner isn’t meant for sharp, angular rocks; my feet weren’t in jeopardy, but the shoe is a bit soft for sharp points. Also, there was some rubbing from the collar, which is mitigated by wearing toesocks, but toesocks aren’t usually widely available, so investing in a good pair would be a wise thing.

Generally, the bungee cord is very effective for security and closure. They’re actually great for casual use and literally can be used for virtually any kind of surface. The overlays do provide adequate support over the top of the foot and the flexibility of the Bayrunner is very good. The weight is excellently light, and it’s a good running shoe on the whole. It may require a break-in period for some wearers, but mainly is an easy fit for most people. I wouldn’t recommend the Bayrunner for wearers who have injury-prone feet, although the shoe itself does make feet stronger (a worthy attribute for ballers), so it’s worth a shot for curiosity’s sake.

Fila isn’t necessarily breaking its own mold with the Bayrunner, but if you want a shoe that offers minimalist attributes with a kind of familiar footwear feel, the Fila Skele-Toes Bayrunner is a very solid shoe and has great potential for most wearers.

Just have an open mind about it. It brings for a unique experience, not unlike its predecessors.

Sandy Dover is a published author, media consultant, and web & print magazine columnist in the world of publishing, while acting as a sports product evaluator and as a wellness & training consultant, advocate and journalist in the fitness industry (with the two worlds often colliding). You can find Sandy frequently here at SLAMonline, as well as at about.me, Facebook and Twitter. 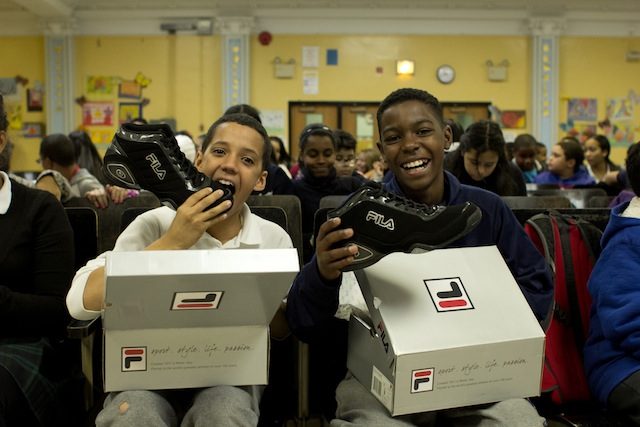 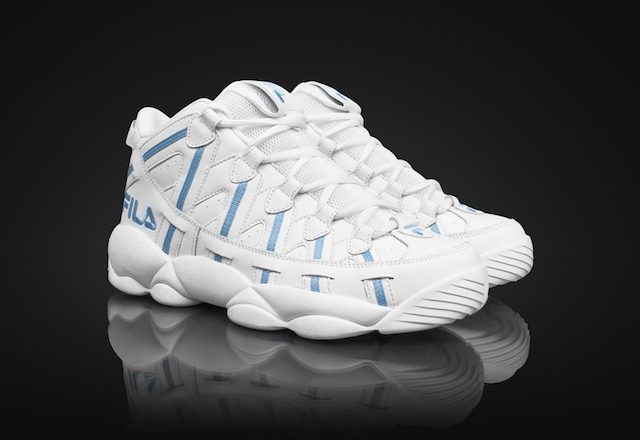 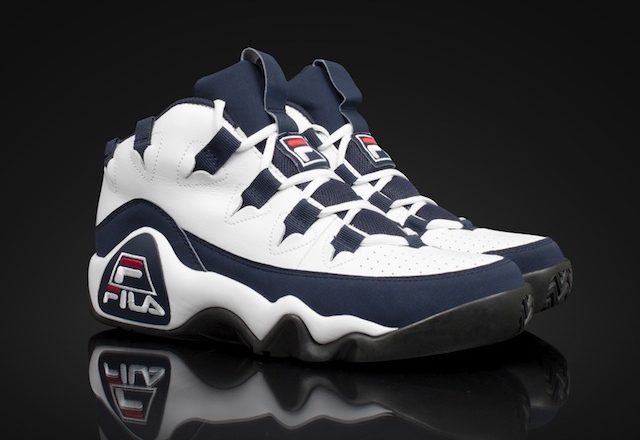 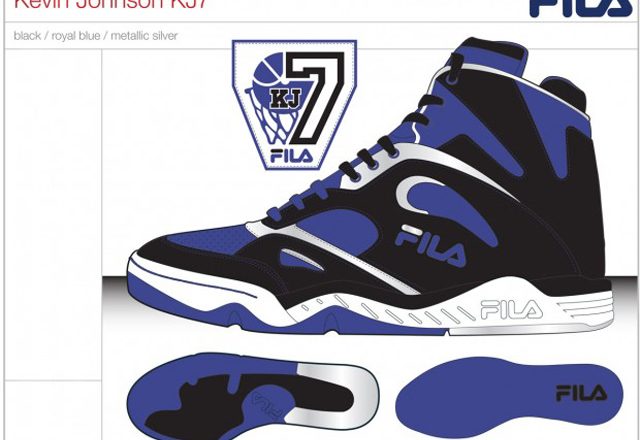 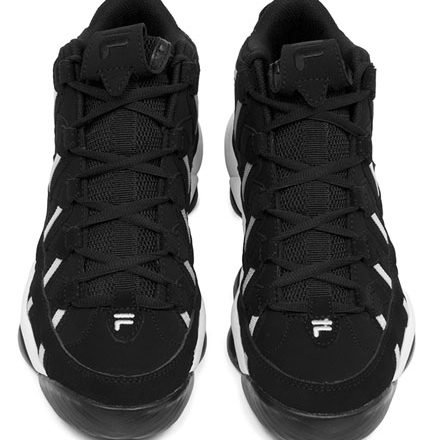 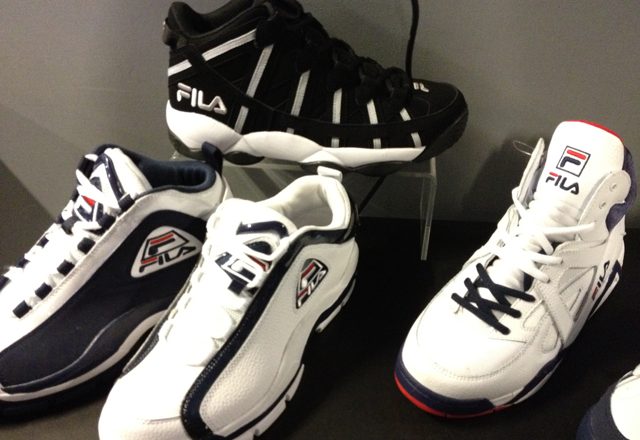