Top 20 Basketball Sneakers of the Past 20 Years: adidas T-Mac 1

Since the debut edition of KICKS hit newsstands in 1997, NBA Stars have graced the hardwood in countless fire sneakers. To celebrate KICKS’ 20th anniversary, we’re counting down the 20 best we’ve seen over the past 20 years—and the moments that defined them. At No. 7 is the adidas T-Mac 1, the sneaker that started McGrady’s line with the Three Stripes. –Ed. 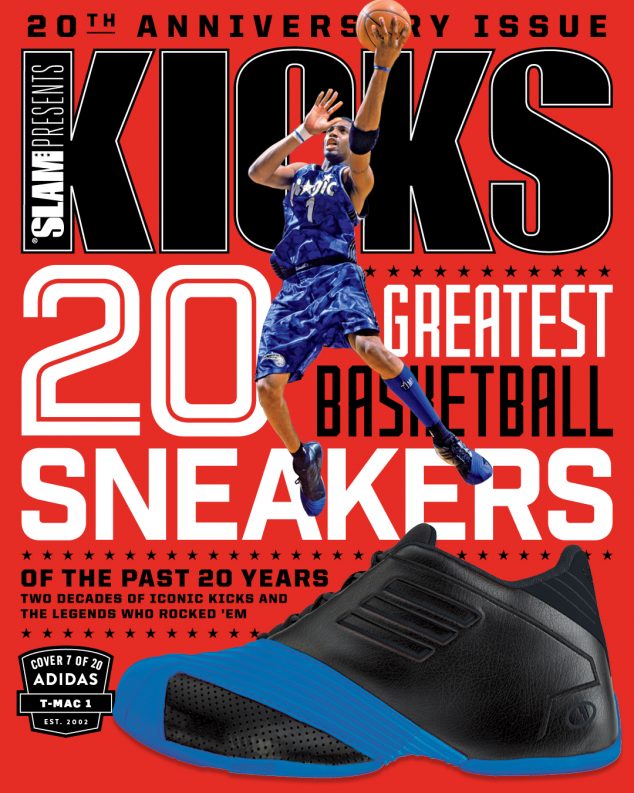 The Sneaker: The T-Mac 1 almost instantly became the hottest basketball sneaker on the block when it dropped back in 2002. With an ode to the classic adidas shell toe—only this time with a rubberized version wrapped from midfoot to toe—it was like nothing else on the hardwood. As was its namesake, who led the NBA in scoring twice despite always looking like he was just out there jogging. Tracy McGrady oozed cool, and so did his kicks, which came to be created in almost every team colorway, even getting an on-court co-sign from LeBron James during his high school days with adidas.