Since the debut edition of KICKS hit newsstands in 1997, NBA Stars have graced the hardwood in countless fire sneakers. To celebrate KICKS’ 20th anniversary, we’re counting down the 20 best we’ve seen over the past 20 years—and the moments that defined them. At No. 8 is the Nike Hyperdunk, the sneaker that led the Swoosh into more footwear-technology. –Ed. 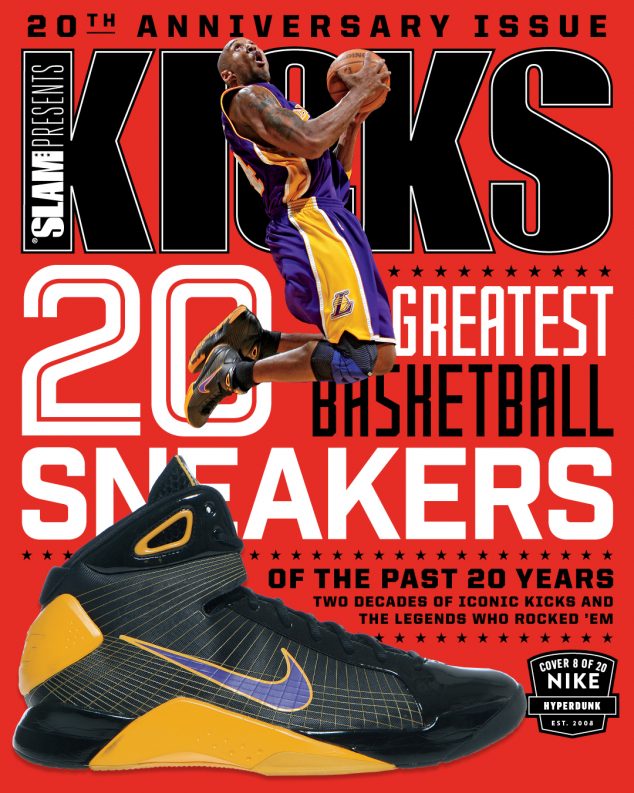 The Sneaker: Jay Meschter, a designer at Nike, looked at the suspension cables that hold bridges together and was inspired by the way they simultaneously carry weight and support constant movement. In an effort to make sprinters even faster, he wanted to translate that functionality to track spikes. Designer Eric Avar, always looking to change things up, wanted to bring it all over to basketball sneakers. And so the Hyperdunk, a new flagship Nike series, was born. It was light and responsive, and the state-of-the-art Flywire technology brought in a new era in the way the Swoosh made basketball kicks. 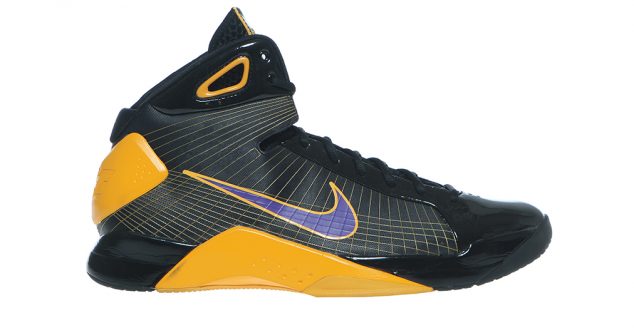 The Moment: Challenged by Spain in the Gold Medal Game at the 2008 Olympics, Kobe Bryant stepped up to connect on a legendary four-point play to put the game out of reach.