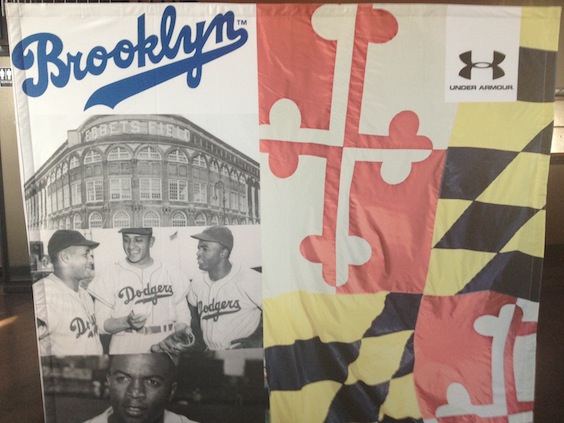 2012-13 is a big year for Under Armour basketball. With a growing roster of NBA players and NCAA Tournament teams rocking its footwear and apparel, UA is ready to put an emphasis on product this season. And just this past Wednesday, the Baltimore-based brand set up shop in Brooklyn to provide an in-depth look into its plans for this season.

Under Armour unveiled its full lineup of NCAA uniforms and footwear for all levels for ’12-13, including the first look at the special-edition “Maryland’s Finest” jerseys for the University of Maryland’s November 9 clash with Kentucky as part of the Barclays Center Classic.

First is the Charge BB, which UA touts as a shoe with the support of a high-top in the feel of a low. Its silhouette is nothing short of shocking, but the “articulated heel” design was created to allow free range of motion while at the same time providing incredible support—in some crazy colorways.

Coupled with the Charge is the introduction of “Spine” to the basketball world. Under Armour released the Spine RPM running shoe over the summer, and hinted that Spine might come to the hardwood. And, here it is—built to be one of the most cushioned, comfortable shoes on the market.

“We’re not going anywhere,” Dave Dombrow, UA’s Senior Creative Director of Footwear told the assembled media. “We’re going to be around for a while, and we’re going to do with a unique point of view.”

That perspective comes from being the only competitor in the sneaker market to have started out as an apparel brand and moved into footwear thereafter. But it also gives UA the distinct advantage of leveraging its apparel DNA.

Fitting how Under Armour’s mantra of “do less, better” applies both figuratively and literally, since this year’s full UA NCAA jersey—top and bottom—weighs 20 percent less than a basketball.

Under Armour readily admits its NCAA strategy: quality over quantity. The ability to connect 1-on-1 with college coaches and athletic directors is an advantage bigger providers can’t match. And UA is prepared to over-invest in basketball at the grassroots and college levels to gain mindshare—and subsequently, marketshare. So when word came down that UMD would be participating in the big Barclays showcase, it made sense to prep something special.

It’s Maryland vs. Kentucky, David vs. Goliath, Brand vs. Brand. Born from that fire are the “Maryland’s Finest” jerseys.

As for the inspiration? Look no further than the history of the site where the Terps and Wildcats will do battle in early November.

“The truth is, every little bit of that uniform is inspired by the Brooklyn Dodgers,” he adds. Indeed, from the flannel gray print—which from afar really does look like flannel, despite being of the most lightweight material UA can make—to the script lettering with a tail underlining it, to the off-set numbers, it’s Maryland meets Brooklyn.

Scroll through the photo gallery above to get a glimpse of what UA has in store for this season, and check back in November when UMD puts its “Finest” on the court in what will undoubtedly be Under Armour’s official chance to say, with a national audience watching, “Hello, Brooklyn.”