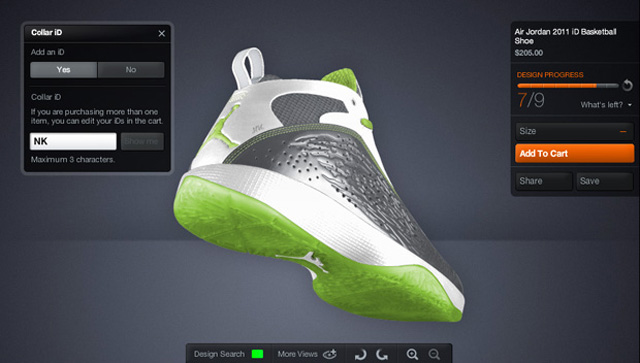 You can’t make this ish up.

A little more than three weeks ago, I decided to join in on Jordan Brand’s #XX8DaysofFlight fun. After some waffling—I couldn’t decide if I wanted to write about a classic Air Jordan, such as the III or XI, or a more recent release—I made up my mind: I would write about the AJ 2011.

Late the next evening, still stewing over how exactly I was going to spotlight the 2011, I went to a gym to get some shots up and clear some clutter from my mind. There was one other person in the hole-in-the-wall gym working on his game. Lo and behold, and this is the part I couldn’t even make up if I wanted to, he was wearing the original colorway of the AJ 2011s.

I’m not usually shy about complimenting someone on their sneakers, but because of the timing—can he really be wearing these right now, right after I conjured them up in my head?—I was somewhat hesitant to ask him about them. After a few minutes, though, I got over myself and did.

“Look pretty clean. You rock them a lot?”

“I got three pairs when they dropped. This is the third of  ’em.”

“Man, do I. I’m looking everywhere trying to cop another pair. I just drove up to New York (from Philadelphia, PA) to look for them at Flight Club and Packer but I couldn’t find none.”

By this point I was laughing at the absurdity of it all. On the very day that I decided to write about the AJ 2011, I met the rare guy still wearing them to play.

“These are my jawns, no doubt. Feel good and look good, know what I’m saying?”

Like I said, you can’t make this ish up.

Whatever the reason people missed on the 2011s, there’s good reason for this dude to fiend for them just two years later.

From an aesthetics standpoint, the Air Jordan 2011 looked classy. Between the full-bodied silhouette and the ample usage of handcrafted patina leather—a material never before used on a sneaker—the 2011 actually looked and felt like the $170 kick that it was. Technologically speaking, the AJ 2011 was even more than eye candy; it was revolutionary. Never before had a sneaker, let alone an Air Jordan, come with two interchangeable midsoles. One midsole, BE QUICK, featured Zoom Air Units in the forefoot and heel. The other one, BE EXPLOSIVE, featured a three-quarter length Air Unit. Both snapped into place relatively easily. Ultimately, this kicked off a wave of interchangeable midsoles, most notably in the AJ 2012 and the Nike Kobe VII.

Really, though, what set the Air Jordan 2011 apart was, well, its vintage otherness in 2011. Whereas many popular sneakers that year were of a low cut variety and consisted of light, lab-created and melded materials, the 2011 bucked those trends. Instead, a higher cut and generous touch of leather lent it a more substantial, timeless feel. And if some people thought that was perhaps boring, Jordan Brand squashed that by making the 2011 the first customizable AJ on NikeiD.

When you throw all this together in a cauldron, I’m convinced: (If and) When the AJ 2011 is re-released in the future, it’s going to cause some seriously long lines to form in wait.

After all, the Air Jordan 2011 is an utterly simple design that is simply unforgettable.