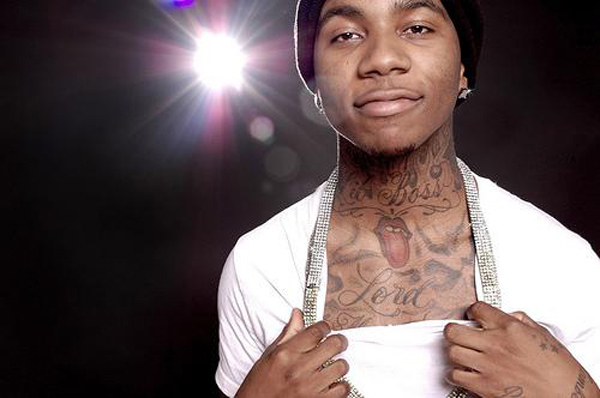 Whether you can’t get enough of Lil B’s ever-flowing supply of music, dancing and social media dominance or want nothing to do with any of it, it’s safe to say every hip-hop head feels some some kind of way about the polarizing Bay Area rapper these days. The past year or so, B has—if nothing else—totally infatuated the rap community with his “based” style, a way of living that encompasses everything from his lifestyle of non-stop positivity to his off-the-top stream of consciousness lyrics. Many NBA fans first learned of his name during the ’10-11 season, when Kevin Durant said he couldn’t believe Lil B was relevant, and though the two claimed to have plans to go one-on-one on the court, an actual showdown never materialized. SLAM caught up with the Based God to talk about the KD situation, whether or not B can actually hoop, his video game obsession and plenty more.

SLAM: I saw a Nardwuar interview in which you said you won some basketball tournament. You have game?

Lil B: Oh yeah. I won first place out there in Berkeley. It was a People’s Park tournament. I’ve always been quick with a jumpshot, I just have to work on my confidence. I have a good dribble, too. I can play defense. I just gotta work on my confidence. My thing is I wasn’t really a team leader on the court. I gave a lot of motivation, but I feel like when I play on the court, I feel more like a role player or a sixth man, but not off the bench. My size is a point guard size, but I have a jumpshot. But I have to A. get more confidence on the court and B. be more reliable.

Lil B: Yeah, I’m unpredictable. If I could compare my style of play to any NBA player right now, I’d have to say like a Jamal Crawford. You know how Jamal comes through, and everybody knows about him and he’s respected? And I’m not disrespecting anybody’s game—Jamal’s a legend—but my gameplay is like Jamal Crawford’s because I’m respected on the court, but with my offense, I’m not consistent. I will do some amazing stuff, like I’ll do some great lay-ups, but I will miss sometimes.

SLAM: Being from the Bay Area, did you grow up a Warriors fan? Or were you a fan of another team?

Lil B: Oh the Warriors, of course. The Chicago Bulls. The Detroit Pistons, growing up. Orlando Magic. Miami Heat. Celtics. Really Warriors, though.

SLAM: Who have you been pulling for the past few seasons?

Lil B: The Warriors. The Lakers. I really respect the Mavericks for what they did. Orlando. Every team in the NBA, there’s something special about them. I root for the Clippers. The Knicks are doing great, they got a great team. I love the Spurs—I love their age. I’m a really big fan of Alonzo Gee. I think he’s a talented player. And Tyrus Thomas, and [Ekpe] Udoh. My pop’s favorite player is Kobe Bryant. Of course I’m a big DWade, LeBron fan. I love Chris Bosh too, especially after his interview with Skip Bayless. That made me respect him. Kevin Durant dissed me! I think this is the perfect time to talk about that, ‘cause this is his home turf.

Lil B: First thing, I’m like an old-school NBA guy. I’m still with my old players. I’m in shock that guys like Darius Miles are getting older, and Antoine Walker [is older], and Shaq’s gone. So these new guys who are coming in the NBA, I’m just feeling them out. Kevin Durant, I didn’t know who he was. He was like, “Lil B sucks at rapping.” And I’m just like, alright, if I suck, I bet you can’t beat me in basketball, I bet you can’t beat me in a game of 21. I said, “If you beat me, I’ll stop rapping.” And he was like, “Alright, we’ll play.” And Kevin Durant has not played me yet. We were talking on DM and said we were gonna do it, and then he hasn’t…look, I haven’t ever played with Kevin Durant on 2K11, I don’t watch him play on TV. I’ve never watched his game. I see he scores a lot of points, but I just want him to know that I’m ready to play him. I’ve never seen him play. I’m not scared. Kevin Durant, he cannot fuck with me on defense. My defense awareness is tip-top. It’s like, KD, I’m ready! It’s no problem. KD cannot mess with Lil B on the court. I bet you I will score on KD. He cannot hold me on the court. KD, I promise that.

We still haven’t played, but he still follows me, he still has my number. He’s waiting. I’ve been hitting him on my cell like, “KD, you’re scared.” I hit him on Twitter, like, “What’s up?” I understand, because he has a lot of stuff going on, because he was overseas, I see he’s in a whole bunch of leagues, and he’s gotta stay in that zone. And that’s his job. But KD can’t see me. If he wants to just play a game, I’m gonna show him that I need to be in the NBA too. If I really put everything down, I’m telling you bruh, I could be a real problem in the NBA. I really want to go to college, just to try and play, and see if I can get to the NBA. I just have to become a team leader. That’s all I’m missing. Being a team leader and my confidence. I got the stamina. I shoot; I got the stroke. I pass it too, like I don’t need the ball. I have a presence, and that’s what matters. And I have the conviction; I don’t need to be the biggest.

SLAM: Do you think rappers should settle their beefs by playing one-on-one? I saw Game was taking some shots at you—would you want to face him on the court?

Lil B: Yeah, you just gotta be a man and be comfortable with yourself. When you make problems and solve them in your negative way, that doesn’t show character, it just shows that you weren’t too serious about life and life is a game to you. That’s just not cool. Everybody should play, because there’s nothing wrong with a friendly, I don’t want to say confrontation, but like, you can play some basketball and get it out. I challenged The Game in basketball. He didn’t accept. Everybody’s scared to play me. Kevin Durant’s scared to play me. The Game is scared to play me. Because they know the repercussions of not being able to perform and me coming through and doing what I do. They don’t want that kind of embarrassment. People handle things in negative ways and would rather fight about stuff. It’s like, Game, I don’t want to fight, I want to beat you in basketball and make you feel bad. You’re gonna feel bad that you lost to me. And KD’s gonna feel bad when I score on him. KD’s gonna be like, “I’m in the NBA, and he scored on me.”

SLAM: You think they’re scared of getting their pride hurt?

Lil B: It is a pride thing. Because if KD was really about it, he knows we could’ve been got the game over with. He’s playing at Rucker for free. It’s like, OK Kevin Durant, you’re playing at Rucker, why can’t you play the Based God? That’s one of the biggest games of your career, Kevin. He’s already rich! Let’s play! Why not? Because it’s a pride issue. Because he knows, what if I score? He’s gonna be devastated.

SLAM: You’ve made videos showing off your ridiculous video game collection. Do you have a lot of bball games?

Lil B: Yeah, you know I got NBA Jam on Sega Genesis. I’m a huge NBA 2K11 fan. That’s how I grew to really love these other players and these new guys, and realized I love Alonzo Gee, I love Tyrus Thomas. I think Udoh has great potential. This is me critiquing off 2K11—I haven’t watched them in real life. Playing with them everyday, not beating the computer—I play on the hardest difficulty—I have not beat the computer yet this season. I haven’t won once!

SLAM: Do any NBA players remind you of yourself?

Lil B: Dennis Rodman. Not the cross-dressing thing, I don’t wanna dress like a woman. But I feel like Dennis Rodman because at the end of the day, everybody hates on me, but they can’t fuck with me. Like they couldn’t fuck with Dennis, he’s in the Hall of Fame. Also, Brandon Jennings. John Wall. Dwyane Wade, because I feel like I’m smooth in the rap game. I sound smooth. Or Rasheed Wallace in his prime. Or, of course, Ron Artest. You see he changed his name to Metta World Peace, and I’m all about peace and love. So really Ron Artest. I met Ron Artest a long time ago, it was beautiful. I had a great talk with him. He’s very tall and talented. Great guy.

SLAM: I heard you drop a Reggie Miller reference on the new tape.

SLAM: Which of your basketball references is your favorite?

Lil B: “Westside gangstas, Eastside mobstas/Southside hustlers, Northside ballers/I’m trappin’ to the block and I’m workin’ like a stripper/Swag to the tenth so they call me Reggie Miller/Call me Reggie Miller, cell phone off the Richter/10 hoes calling, 20 girls texting/Jump to the 30, swag too early/Purchased everything and I might just buy some bitches/Young Based God got 10 going for 30/30 on my dick ‘cause my bitch called me in early/Hoes love me ‘cause I never come dirty/Bitch I’m off the scale and I dunk like James Worthy!” 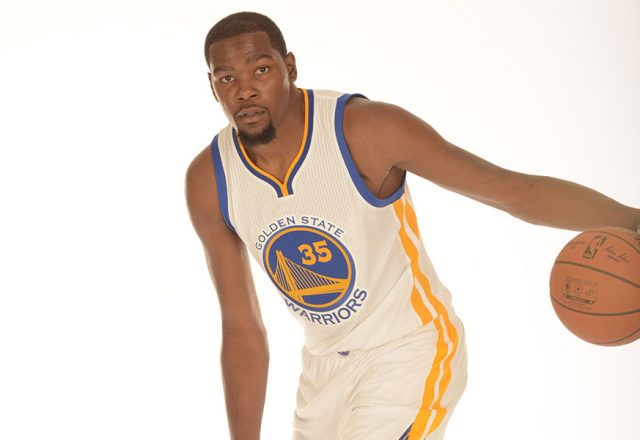 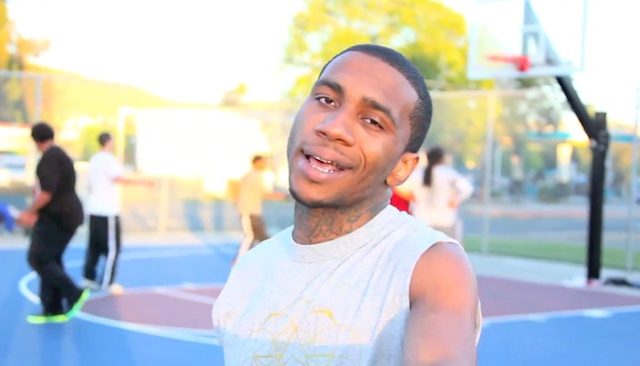 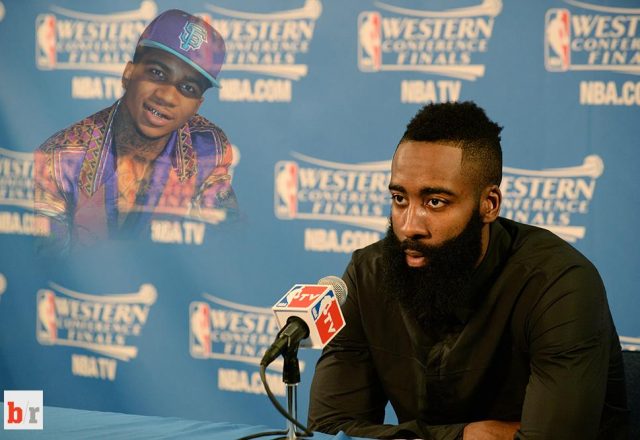 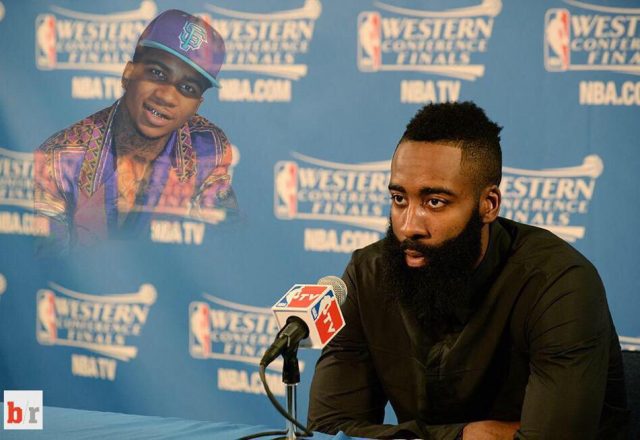 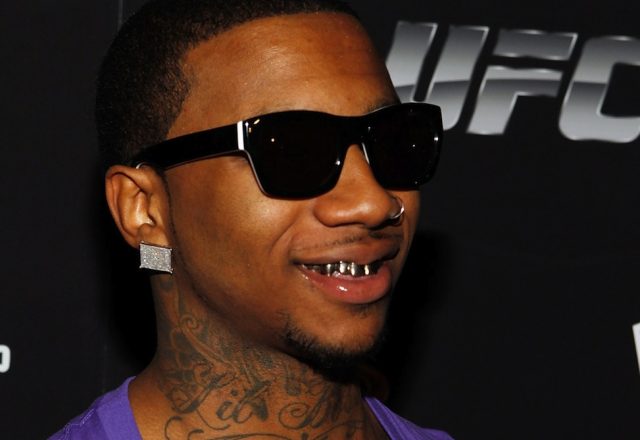 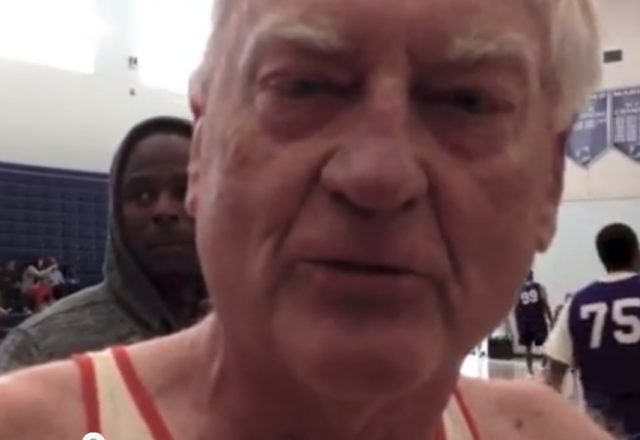