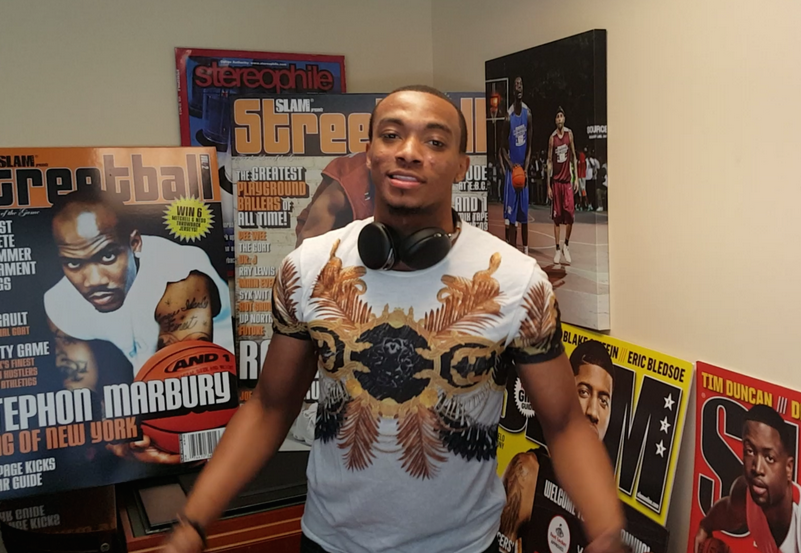 Before he began gripping audiences worldwide with his guitar and soulful vocals, multi-talented musician Jonathan McReynolds was bouncing basketballs throughout the South Side of Chicago. Willfully admitting that this was part of the culture of children growing up in the Midwest Mecca of basketball at the time, Jonathan balled out his younger years, even getting a couple of local youth league championships under his belt.

It wasn’t until his latter high school years that Jonathan really began thinking long-term about music, which led to his emergence as one of the leading songwriters and artists of his time. He attended Columbia College, one of the top music & arts colleges in the nation, where he now teaches as an adjunct professor. Recognized by a variety of notables from Nicki Minaj and India Arie to Kirk Franklin and Cece Winans, Jonathan’s music appeals to multiple genres and generations who appreciate quality sound and transparent, relatable content.

His sophomore album will be released on September 18 via eOne music, and Jonathan recognizes that he has grown a lot since his “rookie year.” He penned his first Life Music album while still a college student and after 3 years of life experiences—touring, performing, writing, studying, and teaching—he still considers himself a student, learning his own material.

While Jonathan was in New York, he stopped by the SLAM offices and talked about his favorite team, his days in the Chi, his upcoming project and more:

SLAM: If you had your own fantasy basketball team, who would be on your starting five?

Jonathan McReynolds: Steph Curry because he’s the best shooter, and I just love Steph Curry. Jimmy Butler because he has, to me, the best defense/offense combo. He’s the best two-way player in the League. He’s also from Chicago and you know I love Chicago. I guess I gotta put LeBron at the three. I have to get a center—I would go with DeAndre [Jordan] just because, I feel like he’ll be alright, I’m not in love with him. Since I have all the other offensive weapons on the team, I could use him for defense. At the 4, I’m partial to Taj Gibson, I’m partial to all my Chicago players.

SLAM: When did you fall in love with basketball?

JM: I grew up in Chicago, so we all played. That wasn’t a question, that’s what we did. We would go up the street to South Shore High School, they had a court over there. When I was in 5th, 6th, 7th and 8th grades we all played in the rec, Chicago Public School League. We were the champions in 5th and 8th grade—Ridge Park!—I just always loved basketball, that was the norm for us. We played basketball on anything. We’d roll up socks and play basketball with the hamper. That was just the way we were growing up.

SLAM: When did you find you know that you wanted to pursue music professionally?

JM: I can honestly say I loved basketball before I loved music. I learned how to play [instruments] when I was pretty young and I enjoyed it, I was pretty good at it, but I never really saw myself doing music until about the end of high school when I started singing. That’s when I started getting an identity as a musician, girls started to like it and I said “Oh, maybe I should sing a little more.” I just became that musical person. I got in the choir and in the jazz band. I was playing and singing and doing everything, then by the time I got to school for music at Columbia College, I just kept going. God just started opening doors as far as this original music career. i never would’ve expected the things that i’ve been able to accomplish within such a short amount of time way back then.

SLAM: What was the greatest challenge you had to overcome?

JM: I can point to a lot of things outside being challenging, the external pressures of my music not being “traditional” and not readily fitting into any one genre. I’ve gotten love from the R&B side and CCM (Contemporary Christian Music), Gospel and everything else so it’s a “clunky” fit everywhere but I think the biggest pressure is the pressure I put on myself. Being confident and walking knowing that “You’re going to be OK. You’re not going to suck.” I think that is a pressure that I have still up to this day, I just have to get over it by the time I get on stage and realize that God has preceded me everywhere I go. Every stage I go on, He’s already made a way for me to be successful, He’s not setting me up to fail.

SLAM: What are you most looking forward to about your next release Life Story: Chapter Two?

JM: It’s been three years in the making. I’ve lived 3 more years and I write about my life and the conversations I have, my thoughts and prayers so I’m excited about this one. It’s the same really transparent, unique writing style that I have in the first album, but it’s going to have a much larger variety of music. Everything I tried to do as a 21-year-old producer/singer/musician, now at 25 I’ve accomplished a little bit better. Chapter Two has R&B influences, folk influences, traditional gospel, hip-hop, and more. Even the collaborations are great and they show how much range it is—India Arie, Israel Houghton, Derek Minor, Chante Cann, the song I did with PJ Morton and Warryn Campbell. I think that shows how wide or how big of a mix it will be.

JM: I want to say this, last summer someone asked me that question and I said the Bulls and Golden State. Last year, remember nobody knew. I said the Bulls because I’m always going to say Bulls, but Golden State? People were like “What? You don’t know what you’re talking about,” but you see what happened. This year, even though I love Golden State, I don’t know if they’ll be able to do it twice, not because of them, but because of everyone around them. The Spurs just got LaMarcus Aldridge so they’re going to be great. I know they’re going to be amazing. I’ll probably say its going to another Spurs-LeBron moment, unfortunately. Not that I want to see LeBron, I’m tired of LeBron, but I think it will probably be the Cavs and the Spurs.