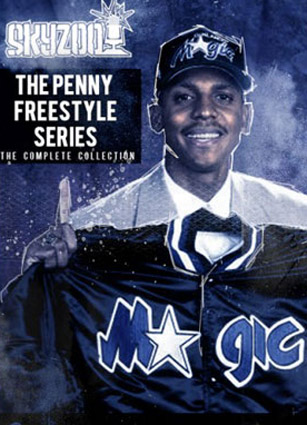 What up y’all, this is Skyzoo, checking back in for a long overdue post on my Chain Link Champions blog. First off, pardon the delay and lack of current entries. It’s been a hectic summer. Between dropping my new tape, “The Great Debater,” to video releases, to 106 & Park appearances, to shows around the country—I haven’t been able to sit and blog for a minute now. Plus, it’s the summer, so the League is at a halt until (hopefully) October. Smh. With that being said, I figured my newest project made perfect sense for the SLAMonline world, therefore ushering in my return to blogging.

When Kanye and Jay-Z dropped “Otis,” I, like everyone else, loved it out the gate. From the beat to the back-and-forth flow to the bar game, it was definitely a top-notch record. In particular though, the beat had me in a daze, dying to tag it. So, after searching YouTube for the instrumental, I DL’ed it and got to it immediately. After completing it, I knew it was something I wanted to spread around right away, and I came up with the idea of using it as the first in a series of freestyles that would represent where I’m at and where I’m headed. Through that, the “Penny Freestyle Series” was born. If you’ve read my previous blogs, you know that I’m a huge Penny Hardaway fan. He was the end all be all when I was a kid.

With this series, the Penny connection is, what would’ve happened if Penny’s knee didn’t cave on him? As we all know, he was a top-tier PG, branding superstar, marketing dream come true. The late ‘90s/early 2000s were his for the taking, and he did everything at the time to seize the moment. Then his knee caved. And after rehab, it caved again, and so on. The legend of Penny is what obviously was and what clearly was supposed to be. Magic Johnson of the new era, Nike poster child once Jordan retired, dethrone the Bulls’ amazing run, it was all set up to happen. And then nature kicked in.

The idea behind the series is, Penny in ‘94-95 was unstoppable (cue in my similarity. Lol. And seriously), and if his health didn’t hinder him, he would’ve been in the HOF, on video game covers, revered by everyone alive—the list goes on and on. So what happens when knees DON’T cave? The Penny Series is the first step in finding out. Enjoy…

Until next time, see y’all at the Chain Links.