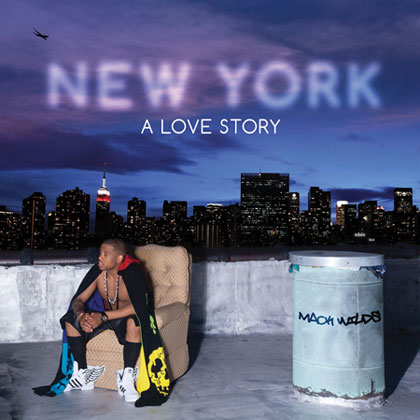 Not many can argue against Allen Iverson’s crossover being a masterpiece, nor George Gervin’s finger roll being the Mona Lisa of the hardwood. Nonetheless, we typically do not reference these athletes as mastering the art of the basketball. But their mastery of the artform is still admirable.

The last time Mack Wilds (formerly Tristan Wilds) spoke with SLAM, he was still playing Dixon on the the CW’s new millennium version of the 90210 series. This was only a short time after his two-season residency as a “corner boy” and juvenile drug dealer on the best television show of all time, according to Entertainment Weekly: The Wire.

Artists like the Question, Iceman and Mack breathe creativity. Mack has expressed his creativity personally through his footwear fetish and philanthropic efforts and professionally through the dramatic arts and now music, “Owning” the mainstream transition from the small screen to the recording studio, behind the scenes (pun intended) since he has been singing since three was the model and size of his favorite Air Jordans.

Mack grew up around music as his father, grandfather and other family members used to sing and perform throughout the city. “I started singing before I got into television,” Mack admits, though when his acting career took off after Spike Lee’s Miracle Boys and then The Wire, he continued to sing and write. “I was going to box professionally, then I got the gig with The Wire,” said the confidently humble sneakerhead. He had the opportunity to get back into the ring in his role as Michael Lee for a stint, though soon his character gave up the sport to focus on his street hustle.

Even outside his role, his hustle hasn’t stopped. He played on 90210 for five seasons, released an EP Remember, Remember and a couple of videos. Nonetheless, this was just a taste of Mack’s musical ability.

In his upcoming album, New York: A Love Story, dropping Monday, September 30, the public will see Mack in full musician mode, not a character or an act—this is all him. Superproducer Salaam Remi, who has helped the careers of Nas, The Fugees, Amy Winehouse and countless other chart-toppers, not only produced Mack’s album, but took him under his wing as the first artist in his new imprint group Re Mi Fa/Louder than Life, through Sony Music. Some of the industry’s top producers and artists including Ne-Yo, DJ Premier, Rico Love, James Fauntleroy, Bink, James Poyser, Pete Rock and Havoc came together to bring this billet doux to New York to life.

The project would not have been complete without bringing the CREAM of the crop, Method Man and Raekwon, on two of the songs: “Land of the Wild Things” and “U Can Cry to Me” (also featuring Doug E. Fresh), respectively. “I used to see the guys from Wu-Tang come in my father’s barber shop before they went on tour. Seeing them come back to our community inspired me to believe I could achieve anything I wanted to,” Mack effused. It is also because of them he feels it’s important to visit his former housing development and pay it forward when he can.

Not only does he visit his hometown of Staten Island, but each year he supports three teams in the Holy Moe Basketball tournament, played in Louie Lopez Park. His friend approached him about helping a few years ago and he has been supporting the tournament financially ever since. He has also promoted the tournament through social media. Wilds said, “I want the kids to see that I came from the same projects and situations many of them did, and if I can make it, they can too.”

Though admittedly a better athlete in the ring and on the field (baseball or football) than on the court, Mack is still a basketball fan and even more of a kicks fanatic. With over 500 pairs between in L.A. and New York, Mack appreciates a crispy colorway and admires an exclusive edition of either his favorites, the AJ3s, or another pair from the Jordan series.

Growing up, Mack remembers the 3s as being the first pair of Jordans he received as a gift. He has been in love ever since. “If I know a friend is going overseas, I’ll ask them to go to a sneaker spot for me and pick up a pair,” Mack explains, “in other countries, they have access to some items you won’t find in the US.”

Mack’s love for a good pair of kicks was birthed in a city with a heavy sneaker and sports influence. As the likes of Eric B. and Rakim provided the soundtracks of New York City streetball in their day, New York: A Love Story brings us back to the ’80s and ’90s through today, with the artists from these eras, as well as diverse sounds that reflect the interstitials of the city. From its influence in fashion, R&B, hip-hop—including graffiti and beatboxing—to its overall culture, neighborhoods, ethnicities, simplicities and complexities, New York is reflected through Mack’s soliloquies for the sidewalks and serenades for the subways. 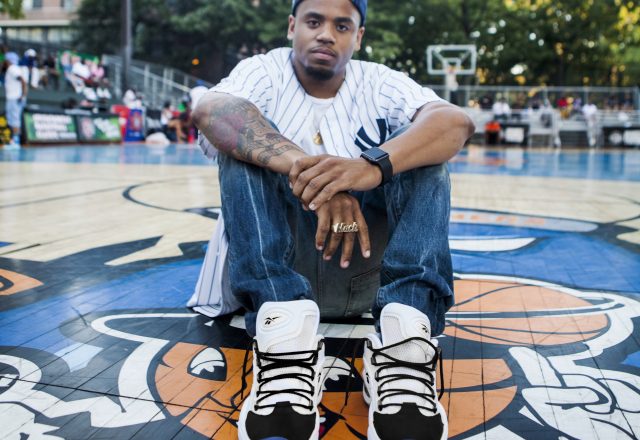