We spoke with the Fall Out Boy bassist about playing one-on-one with Shaq, running into Kobe at All-Star Weekend and why there's a dude wearing a SLAM shirt in his band's new video. 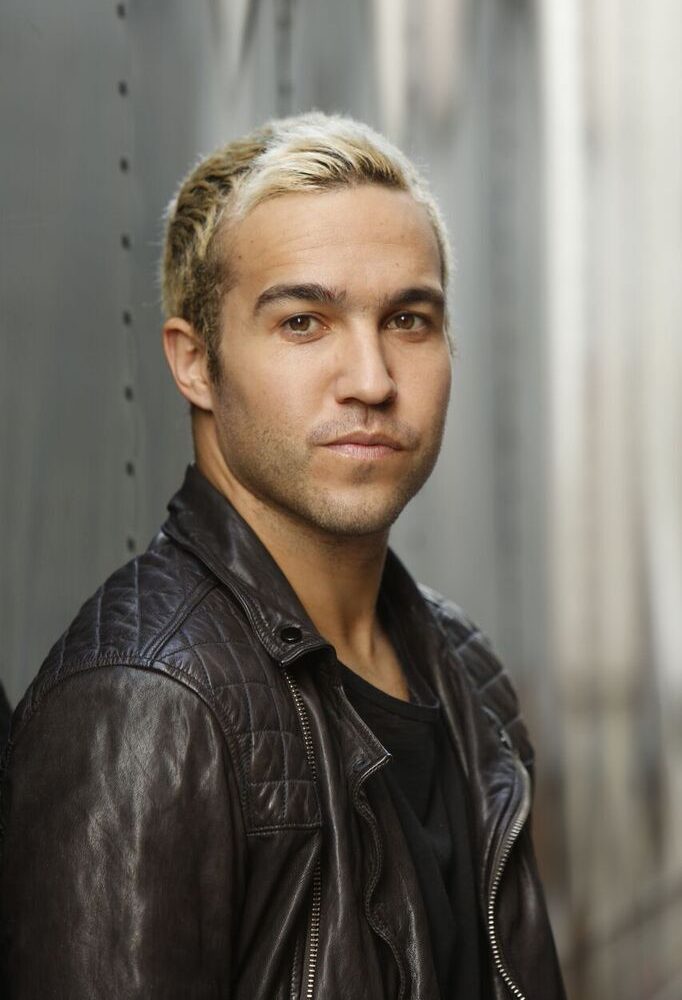 The sport of basketball is probably not the first thing that pops into your mind when you think of the band Fall Out Boy, but perhaps it should be: the group’s song “Only the Bulls” was used as a Chicago Bulls anthem through 2014-15, they performed at the 2013 NBA All-Star Game and there’s a full-blown pick-up bball scene (featuring a vintage SLAM Magazine tee, no less) in the video for their new single, “Irresistible.” (Watch it above.) Before Fall Out Boy hits the road for the Boys of Zummer tour with Wiz Khalifa this June—get tickets over at falloutboy.com—we caught up with their bassist, Pete Wentz, to talk all things hoops.

Pete Wentz: I was really into basketball as a kid, but I was not ever very good at it. My parents, they had a hoop, and then I played in school, like in elementary school when we had intramural teams. But I was just a not a big kid ever, so it was not a sport I really played growing up. My senior year we tried to name our team The Nintendo Power and the coach was not stoked about that name.

PW: I played a lot of NBA Jam—I think the first incarnation of it, definitely. What’s the one that has the dunk contest in it? In the game, it was like an option.

SLAM: You might be headed into old-school underground basketball video game territory here.

SLAM: What was your NBA Jam team?

PW: I feel like it would always probably be the Bulls, and we would fight over who [could be them], because I was playing with all kids from the suburbs of Chicago.

SLAM: So you grew up a Bulls fan.

PW: Oh, definitely. So I grew up on the north side of Chicago, and outside of the ’85 Bears, it was the one team we had that was like America’s team. Like if you grew up in New York, you had the Yankees—the team that everybody liked. It was an easy team to like but it was also an intense time to watch basketball, actually watching Jordan in that era. When Rodman came over, I remember the strangeness of it, when he had green hair and was like a bad dude in the commercials. It was kinda awesome. I went to Bulls games a lot—not a lot, but as much as you could go, because they were all sold out and Playoff games were really expensive. So when they would get into the Playoffs, I wouldn’t get to go.

SLAM: Do you have any cool instances of meeting athletes once your band blew up?

PW: Yeah. It’s cool. We wrote and recorded a song the Bulls used [“Only the Bulls”], so we’d go to games a lot and I got to meet Scottie Pippen and he met my mom, which is pretty cool. He’s a gigantic human being—I didn’t really realize that’s how big these guys are. I’ve been in clubs that I know Michael Jordan’s been in at the same time, but I’m sure basically everybody in the world that he sees wants to meet him, so I’d want it to be more organic. I feel like if you just try to make it happen it’s just not gonna happen.

SLAM: I stumbled upon a video of you playing one-on-one with Shaq. Can you tell me everything there is to know about that?

PW: We were doing the VMAs when it was in Vegas, at I think The Palms. I know the Maloofs a little bit, who own The Palms, and George [Maloof] gave us a suite with a basketball halfcourt in it, because Las Vegas is just so insane, and he was like, Shaq’s gonna be here, and we should film a thing for it. I was like, Alright, that’s cool. I was like, I’m sure it’ll just pretty easy and whatever. And then I went and played him one-on-one, and not only did he not [take it easy], he did not let me take a shot. Any shot that I took, he just knocked down. Then he was like, Guard me! I’m like, literally, actually, half his size. Not an exaggeration. I can almost walk through his legs. I was like, I do not want to guard you. It was interesting—Shaq’s funny, but he’s definitely competitive.

SLAM: Your band has been pretty heavily involved with All-Star Weekend in the past. Any favorite All-Star memories?

PW: We played with 2 Chainz, which was really cool. I remember when Kobe was walking by, he gave our drummer a high-five. I don’t know why that happened. It was so random. They definitely didn’t know each other—our drummer’s from Milwaukee. I have no idea what that was about.

SLAM: What inspired the big basketball scene in the “Irresistible” video?

PW: So we did the “Only the Bulls” song and then we had our song “Light ‘Em Up,” which was kinda all over the place during the Playoffs last year, and we’ve done a bunch of videos that were really serious. But back in the day, we did some goofy videos. We’ve kinda always done both. What’s interesting about Fall Out Boy is we’ve got a couple of these new songs that are pretty much sports anthems, and I played soccer and a little football growing up, but outside of that, we’re not the most athletic band. So we were like, let’s set up a scenario like that. We went down to the Skid Row league in Los Angeles, and shot this video, and we had a Harlem Globetrotter there and a guy who plays on a European team, and they just schooled us. So it was a little bit of a play on how involved our songs have been [in the sports world]. We just wanted to have fun with it. I feel like sports and dorky guys mix way more now than they used to.

SLAM: One of the guys in the video wore an old SLAM t-shirt that most of us who work here had never even seen. Was that planned?

PW: I remember him wearing the shirt but I didn’t know that that’s where it was even from! But that’s awesome. I think it was really just his shirt, and that he was just way into it. 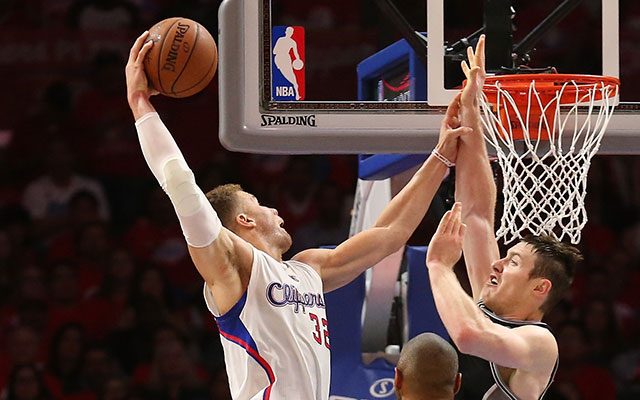 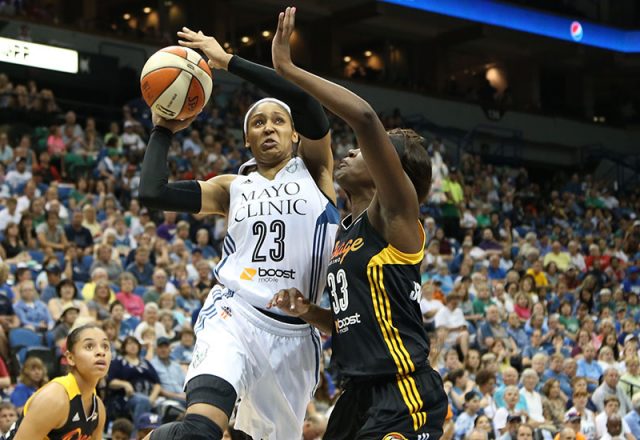 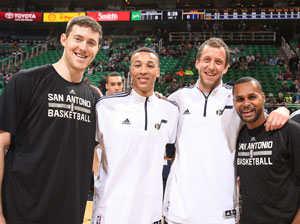 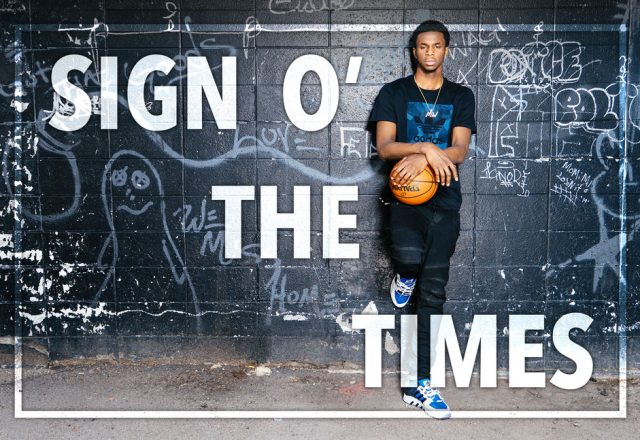 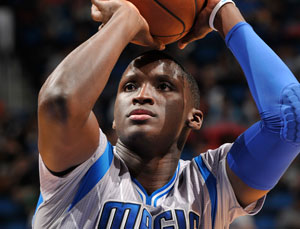 That’s What Maryland Does 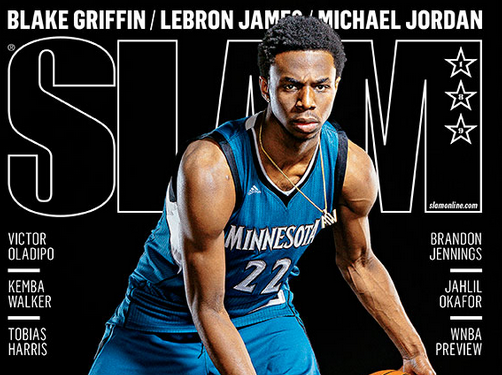