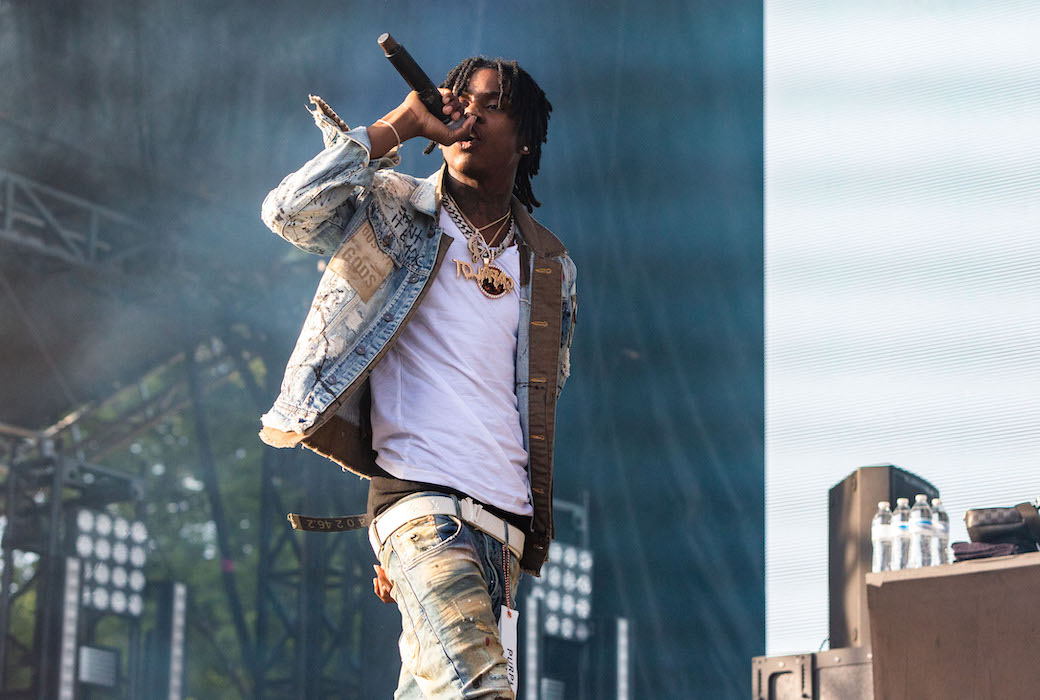 Polo G is all about inspiring the next generation. Born Taurus Barlett, the 21-year-old Chicago native created the Chicago Grizzlies, a travel ball program to make a positive impact through hoops in the community.

The Grizzlies organization provides valuable resources for everything from learning the fundamentals of the game to providing a safe space and mentorship for youth in the city that are looking for positive role models.

We recently caught up with Polo G in Hollywood to talk the Chicago Grizzlies, Windy City hoopers, NBA predictions and more.

SLAM: How did the whole concept of the Chicago Grizzlies start?

Polo G: The concept as far as me picking a name and everything, I came up with that because of the Chicago Bears. I know bears are like a Midwest animal and that was the inspiration for that. But just putting a new opportunity for the kids in my neighborhood.

SLAM: Aside from basketball, what other resources does the Grizzlies organization provide for the youth?

PG: An open ear for somebody that can help you out with whatever you’re going through. If the kids ever need anything outside of basketball, we’re there to support them.

SLAM: Why is that so important to teach kids?

PG: It’s so important because if these kids don’t have a positive role model or outlet to use their energy and time, they’re going to use it in a negative way. A lot of times when kids take matters into their own hands at such a young age, it goes wrong most of the time.

SLAM: What kind of inspiration do you want to be for the next generation?

PG: I just want to be an inspiration that guides kids into tapping their full potential and making their dreams come true.

SLAM: What do you tell kids who idolize you and want to be in the position you’re in?

PG: Something I make sure to tell kids is be the No. 1 believer in yourself because nobody’s going to believe in you or see your vision the way that you see it. You gotta make them believe it.

SLAM: Before rap, I read that you wanted to be a sports broadcaster like Stephen A. Smith. What was it about that role that interested to you?

PG: I just have smarts for the game. I used to watch basketball all day with my pops from sunup to sundown. I could watch it so much to where I know what was going on. So if me and my pops having a conversation [and] the same thing we were talking about in the game agreeing on, they saying on the sports show the next morning. That’s what inspired me to want to do it and just admiring the way that Stephen A. carried himself.

SLAM: I know you’re a father now—congratulations by the way. What’s fatherhood been like?

PG: Fatherhood is great. I just love to see a smaller me and love seeing my son coming into his own and seeing his personality come out at times. And really just try to be with him as much as I can because I know with my lifestyle it’s kind of hard.

SLAM: What makes Chicago hoopers different from those in New York or L.A.?

PG: Chicago hoopers got a grit to them. They hungry. They going to be the person on the court getting the rebounds, getting back and sticking on defense, you feel me? Just really going all out every possession, whether it’s on the offensive ball or defensive end. In the city, you just face a lot of adversity, so it makes you have a different kind of toughness to yourself.

SLAM: Growing up, who were some of your favorite hoopers?

PG: Patrick Beverly, Derrick Rose is No. 1, and Dwyane Wade, of course.

SLAM: Speaking of Chicago, what are some things you love about your city?

SLAM: When you’re not rapping, what are some things you be doing in your free time?

PG: If I’m not rapping or doing anything that’s with music, I’m chilling. It’s simple as that. I’m just chilling at the crib with my girl or my son.

SLAM: Which team and/or players have you been trying to keep up with this season?

SLAM: Any predictions for this season?

PG: I could see the Lakers winning the championship this year.

SLAM: What do you see in the next five years for the Chicago Grizzlies program?

PG: I see us being more established and being more known in the AAU world. Having some real top dogs on our team and just really dominating and having fun, too.