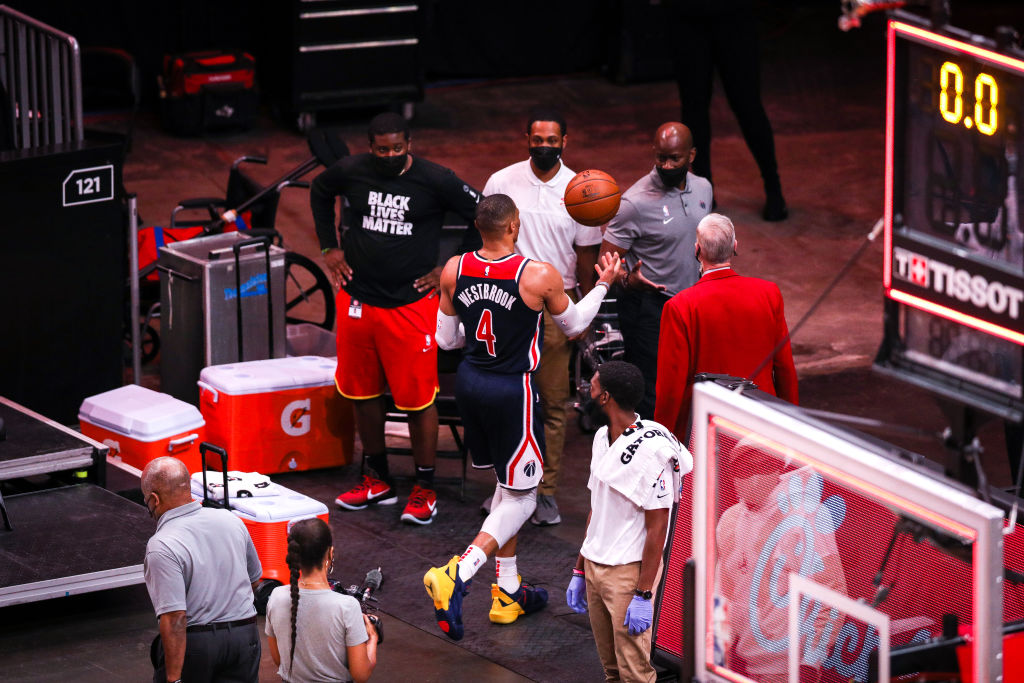 Everything there is to get on that basketball court is all Russell Westbrook’s.

From the difficult to-reach rebounds, overly aggressive through the lane dunks and unbelievable buckets and dimes, when he gets on that court, EVERYBODY is food in his eyes.

He makes everything look effortless, throwing it down on anyone with authority.

Nothing gets past him and if he asks for a handshake, you BETTER give him one!

Westbrook, at 32-years-old, made history on Monday night by surpassing legendary point guard Oscar Robertson’s all-time triple-double record with the 182nd triple-double of his career.

It was just the feather in his cap to solidify his place next to Hall of Famers like Magic Johnson and Jason Kidd.

In fact, the feat has garnered so much praise for Westbrook that the Big O, Kidd and Magic have each congratulated the nine-time All-Star on breaking a record that had stood tall for 47 years.

The 2017 NBA MVP finished the game with 28 points, to go along with 21 assist and 13 rebounds, while also putting the Wizards on his back with Bradley Beal (averaging 31.4 minutes per game) out due to a hamstring injury.

Although Westbrook reached a momentous milestone in his NBA career, the Wizards haven’t been having the best of luck in the unprecedented 2020-21 NBA season. With Mondays loss against the Hawks (124-125), the Wizards are now in 10th place in the Eastern Conference standings at 32-37.

Still in the running for the inaugural play-in tournament, it’s known throughout the league that Washington will go as far as a recovering Beal and Westbrook will take them.