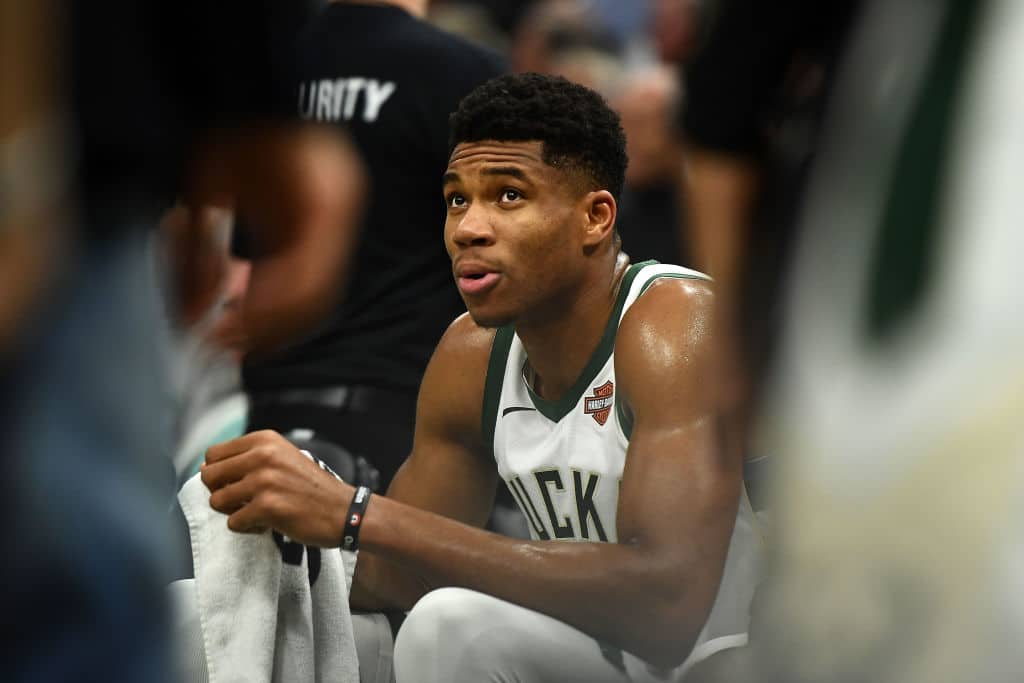 The NBA has unveiled its 2018-19 All-NBA teams and atop the list are familiar names that have dominated much of the MVP discussion this season.

Giannis Antetokounmpo and James Harden led all players with a unanimous 100 first-team votes, while Stephen Curry followed shortly behind with 91.

As we wrote earlier today, there can be substantial financial impacts to being named to an All-NBA team, so expect Kemba Walker to celebrate especially hard this evening.

Walker will now be eligible to sign for as much as 35% of the salary cap if he returns to Charlotte next season. As ESPN’s Bobby Marks spells out, that equates to an additional $80 million in guaranteed money he can pocket if he stays with the franchise.

As is often the case, however, what’s good for some players doesn’t necessarily benefit all. Klay Thompson came just short of earning a spot on the All-NBA squads and thus won’t qualify for a designated veteran contract.

Karl-Anthony Towns is another player whose omission from the list will have a significant financial impact. Towns would have been eligible to earn 30% of the salary cap in the first year of his rookie scale extension but will now be limited to 25%.

To view the official results and each player’s final vote totals, hit up the league’s press release.