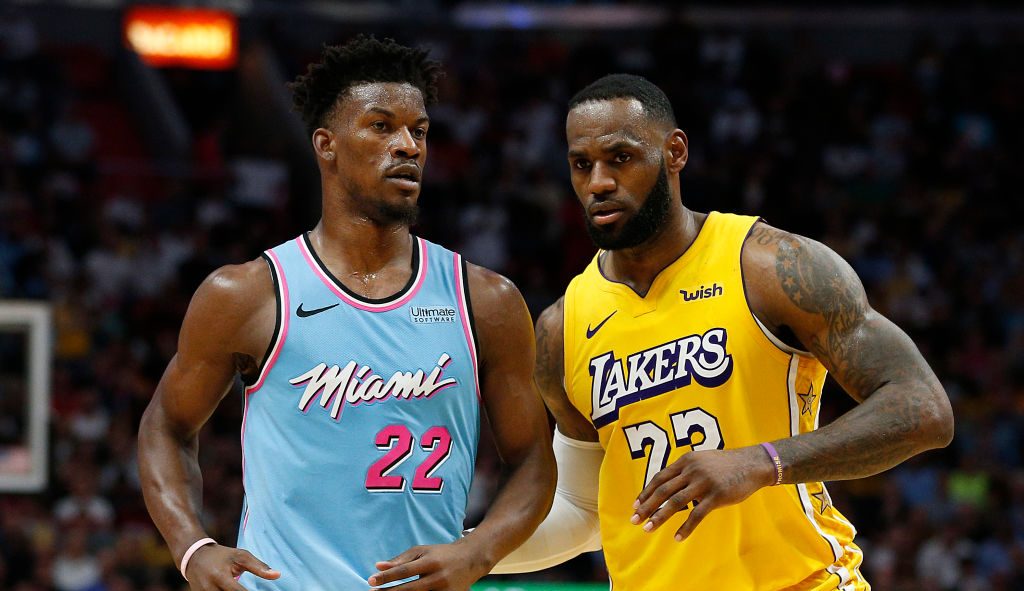 After one of the most unique seasons ever, the 2020 NBA Finals are finally here. The Los Angeles Lakers are back in the NBA Finals for the first time since 2010. For the Miami Heat, this will be their first appearance since 2014, when LeBron James was a member of the team.

Both teams have had a great amount of success on their respective roads here. It took each team 15 games to get to this point, both losing just three games total through their three series.

In the 2019-20 regular season, the Lakers and Heat matched up twice, both times before Christmas. Los Angeles took both games by a combined 18 points. What stood out most was that the Lakers dominated the glass by an average margin of 13.5 rebounds per game. While both teams struggled from deep in these two contests, it came more to the detriment of Miami who shot .235 from beyond the arc on average in the matchups. Just like they should in this NBA Finals matchup, James and Anthony Davis stole the show in the regular season series, producing a combined 112 points, 31 rebounds and 26 assists through two games.

With both teams playing very different now than they did when they last played over nine months ago, let’s take a look at what to watch for between the Lakers and Heat in the 2020 NBA Finals.

The Lakers are great at limiting their opponents’ three-point attempts. They allow 32.9 attempts per game, which is the second-fewest allowed in the playoffs. The Heat rely heavily on threes, shooting the second most of any team that made it out of the first round. Tyler Herro, Duncan Robinson, Goran Dragic and several other members of the Heat produce a good portion of their points from beyond the arc.

On the flip side, Miami has shown that they like playing their zone defense. This will certainly be key in limiting James and Davis getting to the rim as easily. The one way to bust a zone is three-point shooting, which this type of defense is known to giving up. The Lakers have made the second fewest threes per game in the playoffs of any team at 11.3 per contest. In very different ways, shooting from beyond the arc will be crucial to both the Lakers and the Heat.

Getting to the Line

Both Miami and Los Angeles are excellent at getting to the free throw line to get easy points with the clock stopped and are second and fourth respectively in the playoffs when it comes to attempts per game. With that being said, Miami has shot 7.4 percent better from the stripe in the postseason.

With the way the games have been officiated in the bubble and the lopsided amount of fouls that have been called which have affected outcomes of several games, each team will need to put pressure on the refs to blow the whistle. Just like in most playoff series, it seems the team who is able to dominate the battle at the free throw line could have a lot of success, especially late in games.

The Lakers are certainly favorites in the 2020 NBA Finals behind one of the best to ever play basketball in James. However, looking at the numbers and how each of these teams got to this point, it should be a very even series that could go the distance. Game 1 of this series will take place Wednesday, September 30 at 8:00 PM EST.