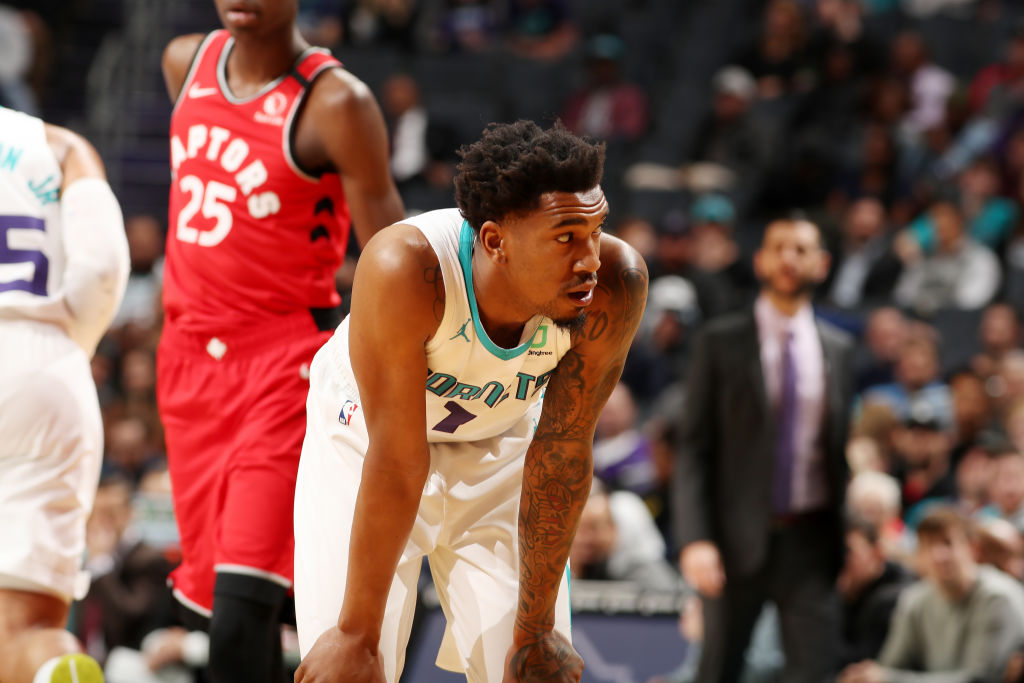 With the new year now finally upon us, speculation ahead of the 2020 NBA Trade Deadline is in full swing. Whether Charlotte Hornets fans are in consensus about what the team ought to do before the Feb. 6, 2020 cut off or not, anticipation mounts across all fanbases that there will be fireworks.

In this post, just one of a series of 30, we’ll break down the reports that have started to trickle out about Hornets players that may or may not be on the move. While there’s no guarantee when it comes to a league as wild as the modern NBA, it doesn’t hurt to brush up on each squad’s roster as the deadline draws near.

In the ashes of the Kemba Walker-era, a new point guard has emerged in Charlotte. Devonte’ Graham is making a serious care for the league’s Most Improved Award, something fueled by his offense. He leads the team in points per game (18.7) and only James Harden and Davis Bertans are making more three-pointers per game than the second-year point guard. While his efficiency (37.8% from the field) leaves much to be desired, he’s given fans hope for the future of the franchise.

Graham is likely to stick in Charlotte through the deadline, though neither he, Miles Bridges nor P.J. Washington is untouchable in trade talks. All three would likely be on the table in talks for a true star, though that scenario doesn’t seem to be in the cards.

Charlotte still considers Monk part of its core, though an early season report from Heavy.com’s Sean Deveney indicated that the former No. 11 overall pick could be had in a trade for a star, such as Andre Drummond. Monk will be eligible for a rookie-scale extension this summer and predicting the outcome of negotiations is no easy feat.

Through two-and-half seasons, Monk has yet to show consistency. Pegged as a shooter coming into the league, he has yet to produce a season where he shot at least league average from behind the arc and this season, he’s making just over a quarter of his looks from deep. Still, Monk doesn’t turn 22 until next month, so there’s plenty of time for him to turn his career around. Perhaps a fresh start is just what he needs.

It would be surprising if the Hornets don’t look to trade one of their veterans on mid-sized expiring deals. Marvin Williams probably holds the most value due to his long-range shooting. The 33-year-old forward could help a contender by adding another productive floor space to its rotation, though his $15M salary could be tricky to acquire.

Nicolas Batum is making $25.6M this season and has a $27.1M player option for next year. It would be a major upset if he turns that down. 🏀 Terry Rozier’s first season in Charlotte has been overshadowed by the emergence of Graham but the two point guards have shown they can play next to each other. That’s good considering Rozier’s contract runs through the 2021-22 campaign. 🏀 Cody Zeller is making $14.5M this season and will receive $15.4M next year. He’s on pace to finish in the top-20 in field goal percentage for the first time in his career. 🏀 Willy Hernangomez recently received 10 minutes or more of playing time in back-to-back games for the first time this season. Perhaps the trade deadline results in more playing time for the center. 🏀 Dwayne Bacon will be a restricted free agent after the season. 🏀 Cody Martin has appeared in 31 games for Charlotte this season and the rookie has struggled from deep (.200 on 40 attempts). 🏀 Jalen McDaniels should have some frequent traveler miles racked up from trips between Charlotte and Greensboro. He’s spent significant time with the franchise’s G League affiliate. 🏀 Caleb Martin has also spent significant time with the Greensboro Swarm. Martin is eligible to be traded on January 19.