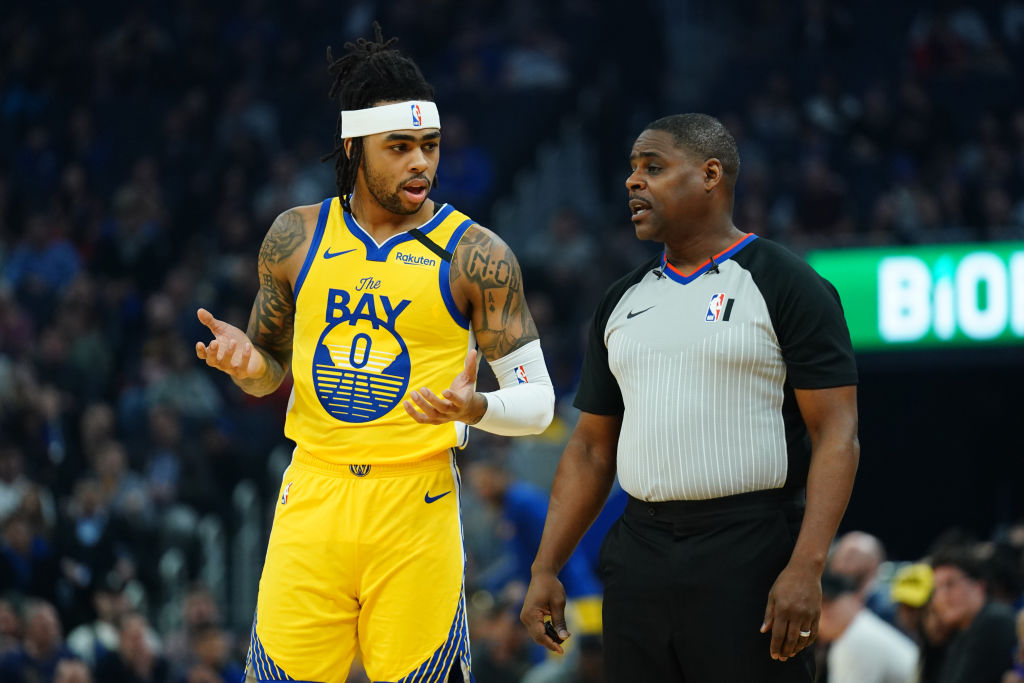 With the new year now finally upon us, speculation ahead of the 2020 NBA Trade Deadline is in full swing. Whether Golden State Warriors fans are in consensus about what the team ought to do before the Feb. 6, 2020 cut off or not, anticipation mounts across all fanbases that there will be fireworks.

In this post, just one of a series of 30, we’ll break down the reports that have started to trickle out about Dubs players that may or may not be on the move. While there’s no guarantee when it comes to a league as wild as the modern NBA, it doesn’t hurt to brush up on each squad’s roster as the deadline draws near.

Few players are less likely to be dealt than the Warriors’ backcourt of Steph Curry and Klay Thompson. Provided their respective rehabs go as planned, each player will be starting for Golden State to begin the 2020-21 campaign.

Bob Myers and the Warriors have a unified, stern message: the team isn’t looking to trade D’Angelo Russell prior to the trade deadline. The Russell, Curry and Thompson trio has yet to play a game together and Curry and Russell have seen just four games together, including the contest where Steph left early with the hand injury. The franchise wants to see how its current core operates together before making a major decision or at least that’s the message that Golden State is putting out.

It could certainly be a smokescreen intended to pump up Russell’s trade value and allow Myers to negotiate from a position of strength. Teams will certainly contact the Golden State as the deadline nears with the hope of obtaining the former No. 2 overall pick with the Timberwolves assured to be one of those clubs. But again, Russell isn’t available, per the team, though no franchise has ever publicly and privately committed to a player only to trade him away right? That never happens right? Expect the Russell trade chatter to heat up as we approach Feb. 6.

Parts of the Warriors’ veteran fill-in squad are expected to be available in trade talks. Alec Burks, who is sporting a career-high 16.3 player efficiency rating, likely has the most value of the vets on short-term deals. The 28-year-old Missouri-native has been a source of instant offense when needed for Golden State this season, as he’s averaging a career-high 16.2 points per game. Burks should be able to bring that scoring punch to a contender’s bench.

Fresh off of a massive extension, Draymond Green isn’t eligible to be traded until Feb. 3. It would be surprising if Green isn’t a Warrior come Feb. 7. 🏀 Kevon Looney has had a nightmare of a season with his abdomen injury keeping him off the court for all but 10 games. He’s currently sidelined with no timetable for him to return. 🏀 First-round pick Jordan Poole has appeared in 38 games so far this season, which is many more than anyone expected when the team drafted him in June. 🏀 A change of scenery has helped Omari Spellman improve during his sophomore campaign. Nearly all of his advanced stats are up from his time in Atlanta. 🏀 Alen Smailagic has spent considerable time in the G League for the Warriors. He could get more NBA action after the deadline. 🏀 Eric Paschall may be a rookie, but the 2019 No. 41 overall pick is showcasing the ability to be a contributor in the league. He should be a nice rotation piece for Golden State once they are back at full health (and a cheap one, considering he is making $4.1M through the 2021-22 season). 🏀 Damion Lee just signed a new deal and is not eligible to be traded before the deadline.