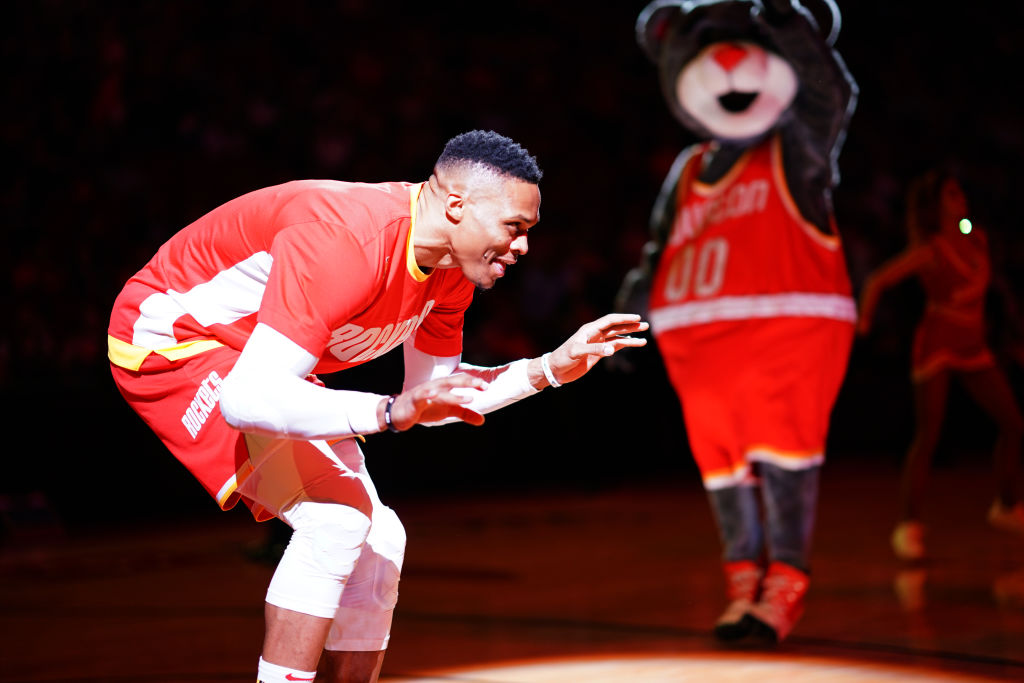 With the new year now finally upon us, speculation ahead of the 2020 NBA Trade Deadline is in full swing. Whether Houston Rockets fans are in consensus about what the team ought to do before the Feb. 6, 2020 cut off or not, anticipation mounts across all fanbases that there will be fireworks.

In this post, just one of a series of 30, we’ll break down the reports that have started to trickle out about Rockets players that may or may not be on the move. While there’s no guarantee when it comes to a league as wild as the modern NBA, it doesn’t hurt to brush up on each squad’s roster as the deadline draws near.

Few players are safer bets to remain with their team through the trade deadline than James Harden. The Rockets have built their entire system around their perennial MVP candidate and while there’s no trade that general manager Daryl Morey hasn’t thought about making, Harden will be a Rocket on Feb. 7.

The team won’t deal Eric Gordon or Chris Clemons, as neither player is eligible to be traded before the deadline. Gordon signed a contract extension prior to the season and won’t be eligible to be moved until after the season. Same with Clemons, whose two-way contract was converted to a three-year deal in December.

The Rockets made a major investment to trade for Russell Westbrook this offseason, surrendering two first-rounders and Chris Paul in order to bring the former MVP to Houston. Marc Stein of the New York Times writes that it wasn’t a realistic option to keep Paul for another season due to the “irretrievably broken” relationship between him and the team. Morey needed to make a move, something that was difficult to do because of Paul’s inflated salary ($38.5M). While the deal reunited Westbrook with Harden – his former Thunder teammate – it arguably isn’t the most ideal fit.

This begs the question: Could the Rockets look to trade Westbrook before the deadline? There are people around the league that believe Westbrook is available, The Ringer’s Ryen Russillo claims on his podcast. Finding a taker for the point guard won’t be easy. Not because of his talent but rather his contract. Westbrook is making $38.5M this season (he’s owed roughly $85.6M over the ensuing two years of his deal and has a $47.1M player option for 2022-23).

The Rockets have had four back-to-backs this season and they’ve rested Westbrook on each occasion. The strategy could be classified as simply maintenance, though if you’re a franchise looking to acquire the 31-year-old, this has to be something to consider. For teams that aren’t locks to make the postseason, those 8-10 load managed contests might actually matter and we haven’t even gotten into Westbrook’s lengthy injury history.

Still, this is a player as recent as last year who showed MVP flashes. This season, the fit in Houston has been awkward at times but the former No. 4 overall pick is still having an All-Star worthy season. He’s scoring 24.2 points per game, while dishing out 7.1 assists and grabbing 8.0 boards per contest. He’s got six of his signature triple-doubles so far this season.

The Rockets don’t need to make a move, as opposed to how they felt with Paul over the summer. Keeping Westbrook, who has by all accounts a great relationship with Harden, is arguably more likely than any other scenario, though with Morey running the show, nothing can be ruled out.

Clint Capela was rumored to be available during the offseason and he’ll have no shortage of suitors should the Rockets look to make significant roster moves. The Celtics were eyeing the big man back in June. The Lakers met with Capela back when he was a free agent and the Kings had interest in the big man, though both California franchises have made significant changes to their frontcourt since the 2018 offseason.

Nene was signed to be traded, as the Rockets included “likely bonuses” that would allow his $2.6M base salary to rise to $10.0M and therefore allow the team to take back more salary in a trade. The NBA ruled that the contract circumvented the collective bargaining agreement. Nene, who remains away from the team, is eligible to be traded on Jan. 15 but now, his outgoing salary will only count for $2.6M.

For how important 34-year-old P.J. Tucker has been for the Rockets this season (Harden is the only member of the Rockets with a higher TPA than Tucker), it would be surprising to see the team trade him unless it’s part of a bigger deal for a star. 🏀 Nearly half of the team is making less than Danuel House’s $3.5M, which suggests that should the Rockets need to compile salary to acquire a mid-sized contract, House would likely need to be included. 🏀 Austin Rivers, who has seen his minutes fluctuate this season, has the ability to veto any trade by means of signing a one-year deal with an option. Gerald Green, who hasn’t played this season because of a left foot injury, also has the right to veto a trade. 🏀 Ben McLemore has had a mini-resurgence in Houston. His full $2.0M salary becomes guaranteed on Jan. 10 and his $2.3M salary for next year is non-guaranteed. 🏀 Thabo Sefolosha became trade eligible on Dec. 23 and hasn’t played since. 🏀 Tyson Chandler is on the veteran’s minimum and has played in just four of the team’s last 14 games, including the two where Capela sat out. 🏀 Gary Clark and Isaiah Hartenstein will each see their contracts become fully guaranteed on Jan. 10. Clark has appeared in 18 contests and Hartenstein has appeared in 12 games for the Rockets, including a spot start for Capela.