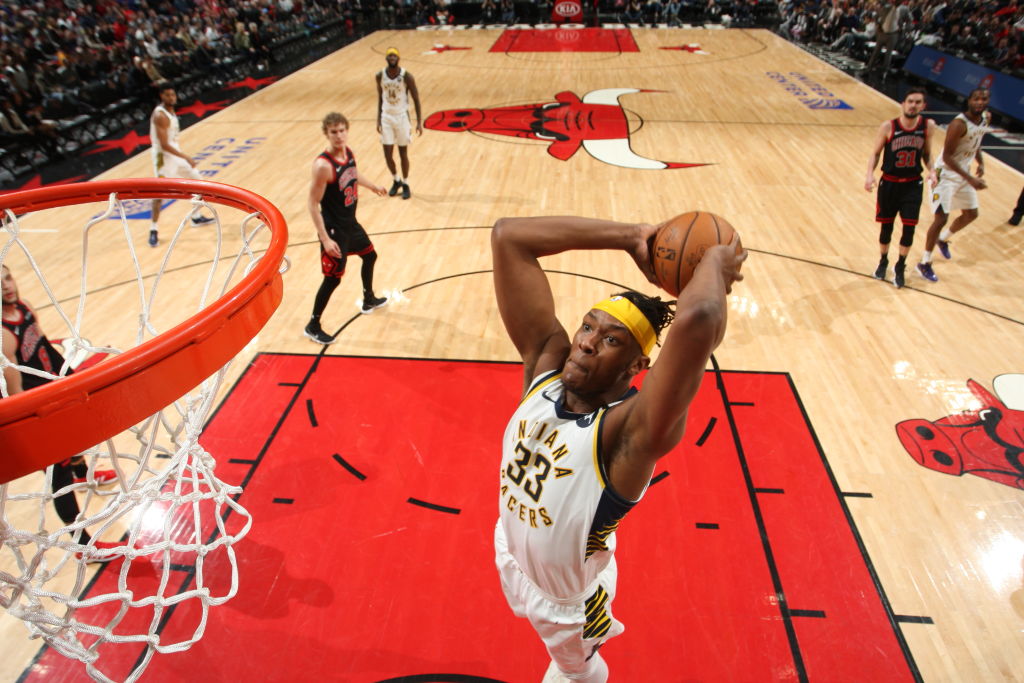 With the new year now finally upon us, speculation ahead of the 2020 NBA Trade Deadline is in full swing. Whether Indiana Pacers fans are in consensus about what the team ought to do before the Feb. 6, 2020 cut off or not, anticipation mounts across all fanbases that there will be fireworks.

In this post, just one of a series of 30, we’ll break down the reports that have started to trickle out about Pacers players that may or may not be on the move. While there’s no guarantee when it comes to a league as wild as the modern NBA, it doesn’t hurt to brush up on each squad’s roster as the deadline draws near.

Victor Oladipo just made his return to the court and he’s the safest bet to remain with the team through the deadline. That said, many of the Pacers are relatively safe bets to stay in Indiana as Kevin O’Connor of The Ringer reports that the team isn’t likely to make any major deals.

We’ve heard rumblings in the past about the Pacers being open to trading a member of their frontcourt given the questionable Domantas Sabonis-Myles Turner fit. Speculation picked up even more after the team drafted Goga Bitadze in the first round in this year’s draft. O’Connor reported Turner is a potential trade candidate, though an offseason deal is more likely than an in-season one.

Former first-round pick Doug McDermott has a had a quiet stay in Indiana, though he has excelled lately. He’s scoring 15.3 points per game on 54.5% shooting from three-point land over his last eight contests. The 28-year-old is making $7.3M this season and will take home the same next year before his contract expires.

The Pacers stole T.J. Warren from the Suns in a draft night deal this summer. Warren is having an efficient campaign, as he sits inside the top-20 league-wide in field-goal percentage. 🏀 Jeremy Lamb signed with the team this offseason on a three-year deal. He’s helped the team remain a force while they were waiting for Oladipo to return. 🏀 Justin Holiday is shooting 41.7% from three-point land. He’ll be a free agent after the season. 🏀 T.J. McConnell inked a deal with Indiana this summer. His $3.5M salary for next season is non-guaranteed. 🏀 T.J. Leaf hasn’t sprouted since being drafted with the No. 18 overall pick in the 2017 draft. He’s seen action in 22 games this season, though he received 20 minutes or more in just one of those games. 🏀 Aaron Holiday started 18 games this season as he filled in when the team needed because of injuries. He’s making 42.5% of his triples, which is a massive improvement from his rookie campaign where he hit just 33.9%. 🏀 Edmond Sumner received a new deal during the offseason. He’s seen action in 19 games this year. 🏀 Former Processer JaKarr Sampson has appeared in 17 games for the club. He’s on an expiring deal. 🏀 Alize Johnson has spent considerable time with the team’s G League club, the Fort Wayne Mad Ants. The Williamsburg, Pennsylvania-native has seen just 46 minutes of NBA action across 11 games.