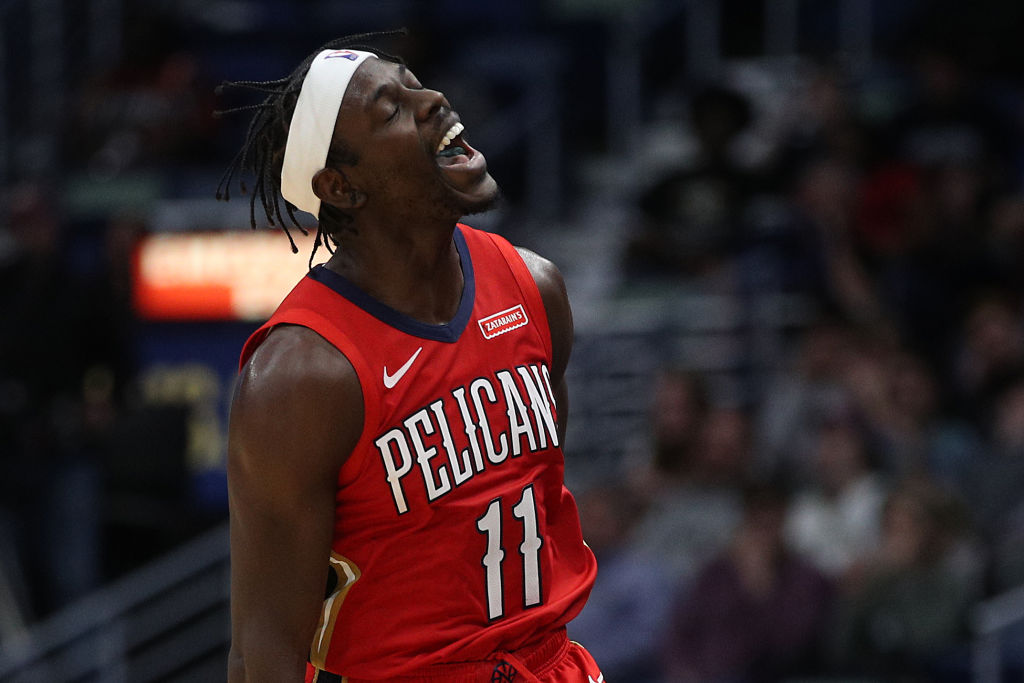 With the new year now finally upon us, speculation ahead of the 2020 NBA Trade Deadline is in full swing. Whether New Orleans Pelicans fans are in consensus about what the team ought to do before the Feb. 6, 2020 cut off or not, anticipation mounts across all fanbases that there will be fireworks.

In this post, just one of a series of 30, we’ll break down the reports that have started to trickle out about Pelicans players that may or may not be on the move. While there’s no guarantee when it comes to a league as wild as the modern NBA, it doesn’t hurt to brush up on each squad’s roster as the deadline draws near.

Brandon Ingram’s game continues to expand – he’s averaging 25.3 points and 7.0 rebounds while shooting .409 beyond the arc this season – and a recent report by Marc Stein of the New York Times indicates that the Pelicans view him and top draft pick Zion Williamson as untouchable in trade talks. 🏀 With the team struggling in the win column it might be surprising to see J.J. Redick in this section but New Orleans is reportedly reluctant to trade the sharpshooter. 🏀 Darius Miller, who isn’t eligible to be traded until Jan. 15, is recovering from a torn Achilles and isn’t expected to be healthy before the trade deadline, which makes a deal unlikely.

Speculation about Jrue Holiday being on the trade block began last year, months before the team traded away Anthony Davis. New vice president of basketball operations David Griffin indicated that the Pelicans would keep the guard during his introductory press conference. After spending a third of the season watching his team disappoint, Griffin appears to have softened his stance on dealing away the veteran playmaker, and Holiday is now considered costly but available.

Holiday, who will turn 30 in June, is making $26.2M this season. That figure shouldn’t be hard for most teams to match salary-wise in a trade and The Athletic’s Shams Charania recently mentioned the Denver Nuggets and Miami Heat as possible destinations. Denver has mid-sized salaries and a stocked shelf of picks to barter with. Miami, as a result of the Goran Dragic deal and the Jimmy Butler sign-and-trade, is limited to sending their 2025 first-round pick out, which could make acquiring Holiday difficult.

Derrick Favors ($17.7M) and E’Twaun Moore ($8.7M) are each on expiring deals and with the Pelicans sinking to 11-23 in the standings, it would be surprising if the team doesn’t sniff around to see what kind of value it can get for their veteran players that can walk this offseason.

Aside from the aforementioned untouchables, no player on the Pelicans is off limits in trade talks. However, it would be surprising if the team cuts bait on one of their first-rounders from this year’s draft considering the limited sample size and the fact that neither Jaxson Hayes nor Nickeil Alexander-Walker has had a chance to play meaningful minutes next to the franchise’s cornerstone, Zion Williamson. Hayes has appeared in 31 games for the Pelicans this season, seeing a healthy 20.2 minutes per contest, and he’s 18th in the league in true shooting percentage. NAW has seen 12.6 minutes per contest over his 27 games in the league and has made 34.1% of his three-pointers.

Josh Hart and Lonzo Ball came to New Orleans in the Davis deal and neither has found anywhere near the success of their moving-mate Ingram. Both players still have another guaranteed season (Ball at $11M; Hart at $3.5M) on their respective rookie deals after this year. 🏀 Jahlil Okafor’s $1.7M salary for this season is only partially guaranteed ($54k) until Jan. 10 when the entire amount becomes fully guaranteed. That’s something to watch for with teams looking to cut a sliver of salary. 🏀 Nicolo Melli’s playing time has fluctuated during his first season with the club. He has another season on his deal after this one, though his contract is rare in that it declines in salary this year to next ($4.1M to $3.9M). 🏀 Frank Jackson and Kenrich Williams have each seen significant action this season, though neither has been particularly impressive, as the pair of restricted free agents-to-be’s boast a combined player efficiency rating of 15.4.