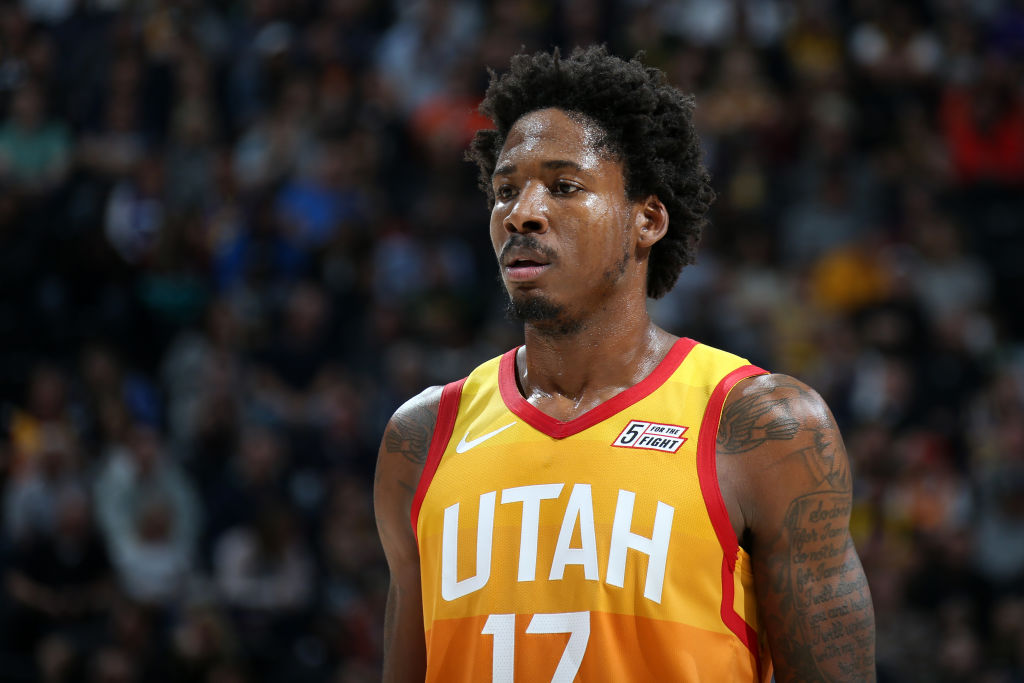 With the new year now finally upon us, speculation ahead of the 2020 NBA Trade Deadline is in full swing. Whether Utah Jazz fans are in consensus about what the team ought to do before the Feb. 6, 2020 cut off or not, anticipation mounts across all fanbases that there will be fireworks.

In this post, just one of a series of 30, we’ll break down the reports that have started to trickle out about Jazz players that may or may not be on the move. While there’s no guarantee when it comes to a league as wild as the modern NBA, it doesn’t hurt to brush up on each squad’s roster as the deadline draws near.

The Jazz have rebounded nicely from a rocky start and as many expected prior to the season, the team appears to belong in the top echelon of the Western Conference. It’s unlikely that the franchise makes major changes to its core, meaning Rudy Gobert and Donovan Mitchell aren’t going anywhere.

Joe Ingles is also not going anywhere, as he’s not eligible to be traded this season as a result of signing an extension with Utah earlier in the year. Royce O’Neale, who just signed an extension as well, is also not eligible to be traded. Neither is Juwan Morgan, who inked a deal with Utah in late November, nor Rayjon Tucker, who signed his in December.

The Ed Davis signing hasn’t worked as well as the team had hoped. The big man was expected to be a major part of the team’s bench, though a leg injury and ineffective play after returning has blanketed hope. He’s making $4.8M this season and $5.0M next and it wouldn’t be surprising if the Jazz attempt to shop his deal.

There have no reports of the Jazz shopping Conley nor any of his discontent in Utah. Conley recently returned from a hamstring injury that robbed him of 19 games and by all accounts, he’s embraced his current role off the bench for the club. However, if the Jazz want to be a true contender, they’ll either need the point guard to revert to Memphis Conley or they’ll need to search for a trade.

The offseason deal for Conley, who is making $32.5M this season, sacrificed some of Utah’s depth and if the team searched for a trade before the deadline, it could certainly regain some of that depth. The team’s trade for Jordan Clarkson alleviated some of those concerns, though Utah’s biggest weakness is its frontcourt rotation behind Gobert. Additionally, adding another wing wouldn’t hurt, especially since the club will have to best the likes of Kawhi Leonard, Paul George, and LeBron James if it wants to reach the NBA Finals. Trading Conley, who has an ETO worth $34.5M for next season, could be the answer for the Jazz.

Offseason signing Bojan Bogdanovic has worked out quite well for the Jazz. He’s one of just six players league-wide who is making at least three shots from behind the arc at a 40% rate. 🏀 Tony Bradley has assumed the back-up center spot in Utah. He’s eligible for a rookie-scale extension after the season. 🏀 Georges Niang has knocked down 44.1% of his triples this season, proving to be a nice offensive piece for the club. 🏀 Emmanuel Mudiay, who’s on a one-year deal in Utah, has solidified another contract in the league with his play this season. The 23-year-old has shown flashes this season of what made him an intriguing prospect leading up to the 2015 draft. 🏀 Nigel Williams-Goss has only appeared in nine games for the Jazz. He’s gotten most of his run with the Salt Lake City Stars of the G League. 🏀 Miye Oni is another player who’s likely known more by Stars season ticket holders than he is with Jazz season ticket holders.