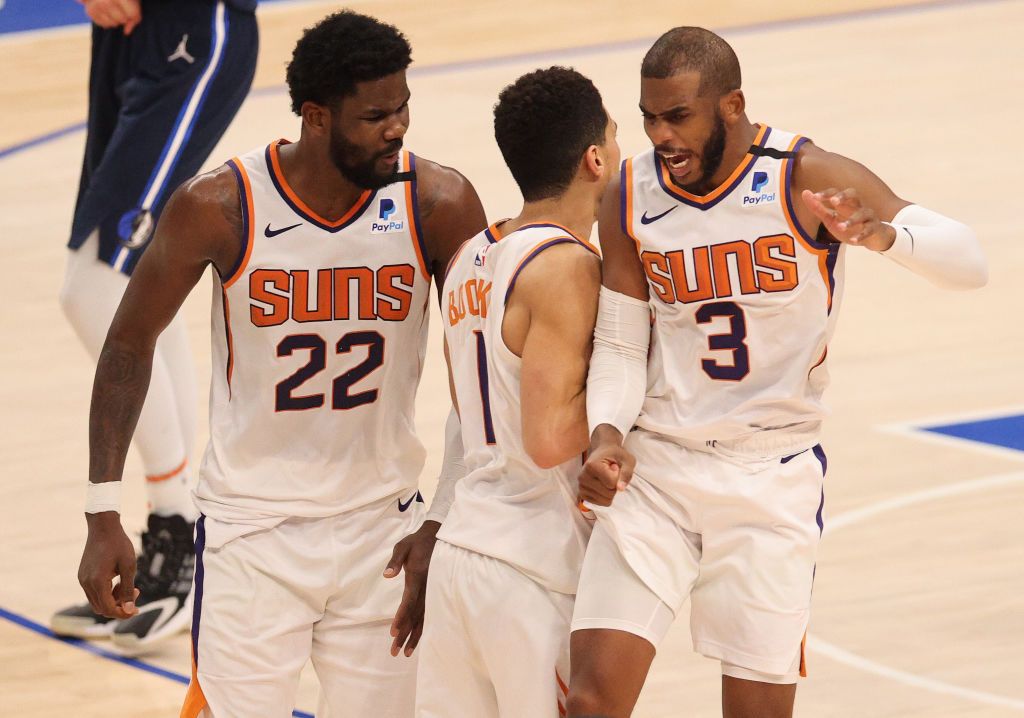 The 2021 NBA Playoffs are finally here. Although arenas aren’t back to full capacity, the League was able to faciliate a successfuls regular season and will not have a normal playoff format with home court advantage. After an isolated postseason in 2020, the upcoming playoffs should be exciting.

Playoff seeding came down to the wire, with a play-in tournament deciding the final two seeds in each respective conference. In a season where things seem wide open, nearly every series should be competitive.

The Memphis Grizzlies, although finishing the regular season with the ninth-best record in the West, won two games in the play-in tournament to capture the No. 8 seed in the playoffs. After beating the San Antonio Spurs, the Grizzlies beat Steph Curry and the Warriors in overtime on Friday night to secure this spot.

Now, Memphis will take on the Utah Jazz, who finished the season with the best record in the League. Ja Morant is the clear player to watch for the Grizzlies in this series, as the rising star will make his playoff debut. For the Jazz, Donovan Mitchell and Rudy Gobert will look to show exactly why they both signed massive contracts last offseason. In the regular season, Utah won all three matchups against the Grizzlies and will look to continue that trend in the postseason.

After a season full of injuries, the Lakers fell in the standings late in the year and were ultimately part of the play-in tournament. In an absolutely exceptional game, the Lakers beat Steph Curry and the Golden State Warriors to claim the seventh seed in the Western Conference and a series with the Phoenix Suns. On the back of a LeBron James’ game-winning three, both he and Anthony Davis will look to defend their title.

In three matchups this season, the Suns got the best of the Lakers, winning the season series 2-1. However, the Lakers were without one or both of James and Davis in all three games. Although Phoenix was excellent in the regular season, they’re going to face one of the most talented No. 7 seeds we’ve seen in the last decade or more. With veteran point guard and a future Hall of Famer at the helm, an overall young Suns team will need him to help navigate the playoff waters. One key storyline to watch will be Devin Booker and his first ever playoff appearance.

Unlike last season, there was a pretty significant drop-off between the top and bottom halves of the Western Conference playoff race. Although just a few seeds apart, the Nuggets finished the shortened regular season five games ahead of the Trail Blazers. Although they lost their starting point guard in Jamal Murray late in the season, Denver finished the season as strong as anyone could have expected.

The Nuggets won the regular season series against Portland 2-1, proving to be the better team. With that in mind, both teams will look a bit different in this series. Denver made a significant move at the deadline acquiring Aaron Gordon, while the Blazers made a splash bringing in Norman Powell. Nonetheless, the question for the Nuggets will be where their ceiling is without Murray. Although they’ve got the projected NBA MVP in Nikola Jokic, Michael Porter Jr. will need to continue his dominance to keep their offense alive.

In one of the most anticipated matchups of the first round, the Mavericks will take on the Clippers for the second-straight season. The only first round rematch in Western Conference year-over-year, Dallas will hope for a different result this time around. This is yet another series in which the seeding is close, but five games separate the two teams.

After being knocked out in the first round by the Clippers last season, Dallas took the regular season series 2-1 during the 2020-21 season. This included hem coming out swinging in 51-point win early in season after their first matchup since the 2020 playoffs. In their last playoff series, Kristaps Porzingis missed the final three games of the series due to a knee injury and will likely be the X-factor of the entire series this time around. If he can stay healthy and contribute on both ends of the floor, him and Luka Doncic have a real chance at a first-round upset.