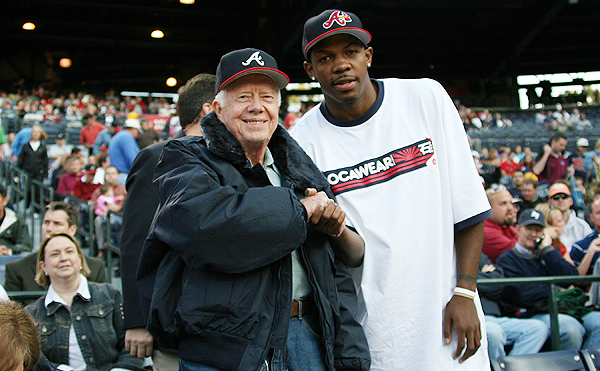 You know what? Joe Johnson is a multi-dimensional player. He does a lot of different things. He’s one of those guys that can play two or three positions and play them all well. That’s what makes him so special, especially in today’s NBA, when it’s such a transitional game. Joe can go inside, he can go outside, he can put it on the floor, and he’s a perfect size at 6-7 or 6-8.

I think as far as his ability to handle the ball combined with his size, he kind of reminds me of Marques Johnson; he’s really that type of player, a guy who can play everything from the point forward to the two, and he definitely can play the three as well. And he can defend, too, he can defend, too.

In my era, some of the guys with size and the ability to handle the ball were guys like myself, Magic, Penny. And I’m not saying none of us played defense — well, Penny did more than us, because myself and Earvin were not trying to guard anyone — but Joe can actually guard point guards. You don’t want him to do it 48 minutes, but he can really do it.

And then he can shoot it, he’s strong, he can rebound, he has three point range, he can drive. Probably the only thing Joe doesn’t do is that he doesn’t just jump over people, but I was always a guy who thought you can play longer when you’re not relying on that. It’s hard to pick out a weakness in his game, because he can get around somebody and get anything he wants because of his IQ of the game.