n previews. You can read past previews here.

Two seasons ago, the “We Believe” Warriors became the NBA cult success of the decade by having a sense of identity that seemed to inform their success as much as any team in recent memory. They were completely devoted to chaos-they were fast-breaking, three-ball firing, pass-lane overplaying, guard-fueled bats out of hell, and their renegade mentality allowed them to topple the Mavericks. A season later, they actually had more sustained success, pushing their win total to 48 and barely missing the playoffs in one of the most stacked conferences of all time.

But in ’08-09, the Warriors found themselves as confused about their identity as any team in the league, and losses followed. Their problems went beyond the loss of Baron Davis; the fast-breaks and video-game scores were still there, but the purpose behind them had been completely forgotten. The masters of organized chaos had decided only to keep the chaos portion of the equation.

The Warriors were, and remain, a team comprised of players with enormous talent but equally glaring flaws. When the Warriors worked, Nellie’s system and their collective sense of swagger allowed for the strengths of one player to cover the weaknesses of another. Last season, the team reverted into disarray and one-on-one play, and the result was an easily beatable collection of misfit toys. Even in their season of self-parody, the Warriors still had a few moments of glory like only they can provide: Undrafted Rookie Anthony Morrow exploding for 37 points against the Clippers, the emergence of possible counterculture messiah Anthony Randolph, Ronny Turiaf averaging nearly as many blocks per game as defensive rebounds. But overall, the magic was just gone from last year’s Warrior team, and now the team is faced with the task of finding out how to recapture the indefinable edge that made their insanity formidable.

The Warriors’ two main additions, Corey Maggette and Jamaal Crawford (Maggette via free agency and Crawford via an early-season trade), fell spectacularly flat with the Warriors. In some ways, their additions represented a lack of understanding of what made the Warriors the Warriors; yes, Nellie’s Warriors have always tried to outscore people, but they did so through finesse and extra passing to make up for a lack of frontcourt power. Maggette and Crawford are both talented scorers, but their games, built around crashing directly into people to draw fouls and shooting off-the-bounce 20-footers, often ground the Warrior offense to a halt more than they helped it.

The loss of identity was present in the existing starters as well. Over the off-season, Monta Ellis became convinced of two horrendous conclusions: that it was a good idea to ride a moped and that Ellis, coming off a season where he averaged 20 points and 4 assists, was at his heart a point guard. Ellis is one of the league’s deadliest scorers as an undersized two-guard, but he simply does not have the tools to run an NBA offense, let alone one as movement-crazed as the Warriors’. This problem seems to be continuing, with Ellis refusing to cede point guard duties to rookie Stephen Curry, whose assist numbers have looked good in the pre-season. This left most of the offense-running duties to point forward Stephen Jackson, who is a very good passer but if left to his own devices will often launch deep jumpers from the left side of the floor, and took up a huge amount of the team’s possessions while barely cracking 40% shooting for the second year in a row. With the four players counted upon to generate much of the team’s offense caught up in only looking for their own shots, the Warrior offense went to the middle of the pack in terms of offensive efficiency, and actually was third-to-last in assist ratio at the team level. And with the league’s third-worst defense, anything less than a stellar offense spelled doom for the Warriors.

Apart from those four, the Warriors have a lot of solid players desperately searching for some sort of organizational coherence. Anthony Morrow is as pure of a shooter as exists in the league, led the league in 3-point percentage last year, and is almost literally automatic when he’s able to set his feet with a decent look. Andris Biedrins, despite his comically horrible shooting touch, is one of the league’s best young centers because of his rebounding prowess, athleticism, and ability to finish inside. Kelenna Azubuike and C.J. Watson, products of Nellie’s magic with unheralded guards, have emerged as well above-average NBA rotation players. Ronny Turiaf’s energy and shot-blocking make him a dynamo off the bench. Brandon Wright still has top-10 talent, and has had stellar per-minute numbers when he plays, but has had trouble cracking the rotation due to Don Nelson’s issues with his disrespectful spirit cougar.

No player explains the current Warriors as Anthony Randolph, the second-year LSU product with the build of a 15-year old point guard made 6-10 by Rita Repulsa. He seems to flash every possible skill in the NBA, racking up assists playing point forward in his rookie summer league, wreaking havoc on the weak-side defensively with sneaky steals and crushing blocks; on offense, he’s equally capable of draining a silky step-back 20 footer as he is delivering a shock-and-awe stuff over any center in the league. However, he currently has no real idea how to employ his skills, and is likely to fill the possessions between his “Holy Shit” moments floating on the perimeter and bricking left-handed deep twos. Because of this, the league’s least average player’s actual production up to this point has actually only been about average. On a given night, it would not surprise me if he went 3-13 with 2 assists; nor would it actually surprise me if he recorded a quadruple-double, made 10 threes, and stopped a detached jumbotron from harming any fans using only his mind. He literally has no floor or ceiling, which is kind of awesome.

And of course, who else would coach this bunch but Don Nelson, who’s equally likely to come up with a brilliant strategy that finds weaknesses in his opponent’s team and strengths in his own that nobody else would think to look for as he is to muddle good rotations unnecessarily because of a bizarre power play triggered by a starting forward’s disobedience of the dress code regarding invisible top hats.

At some point last season, the Warriors lost the ability to see through the chaos that they have been so devoted to creating. This year, the question is whether they can find that again. Maybe it’ll be from Ellis and Jackson maturing into true offensive leaders, even given their recent apathy about being Warriors. Maybe Steph Curry will provide the organization they need. Maybe bigger roles from solid role players like Morrow and insane role players like Randolph will balance the offense back out. There’s no way to know at this point. But it’ll need to happen soon for the NBA’s most entertaining sideshow to make their way back to the big stage. 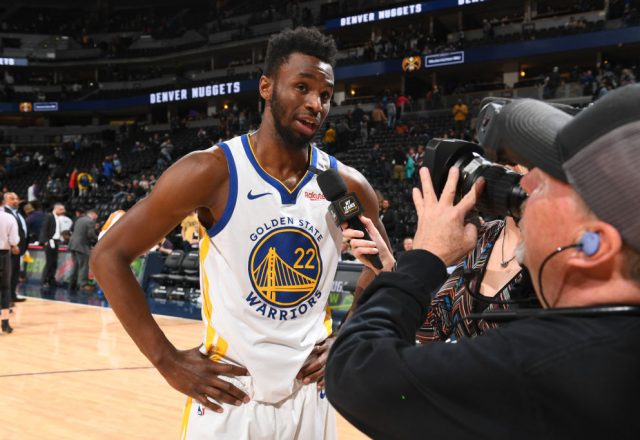