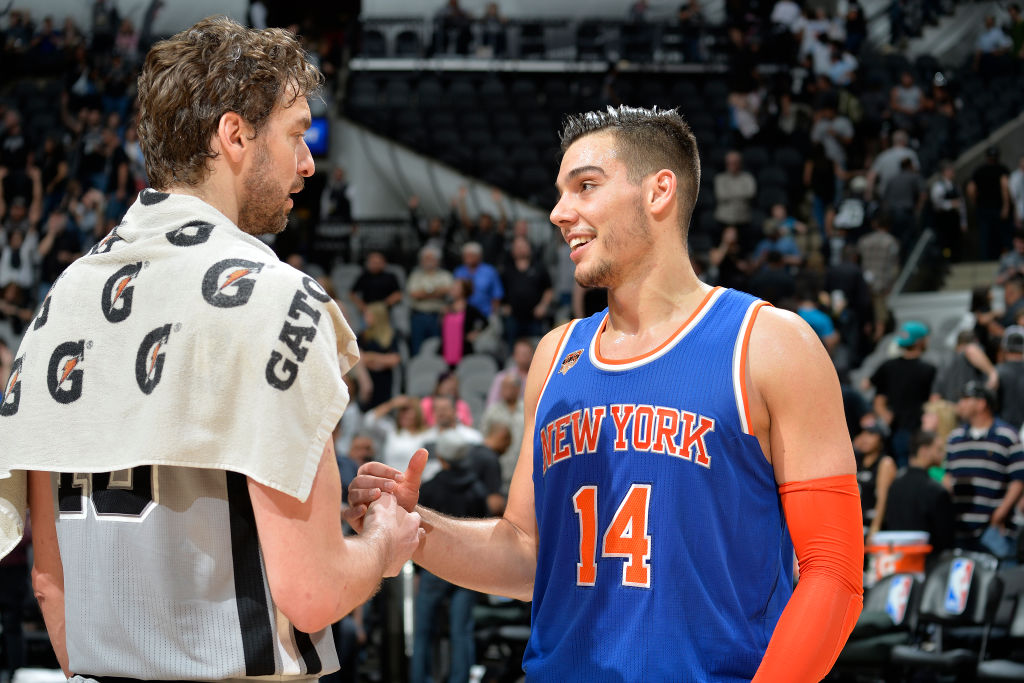 The Clippers clinched a postseason berth in Saturday’s matinee, riding Jamal Crawford‘s 28-point showing (including 17 in the fourth quarter alone). Rudy Gobert filled his stat sheet as usual (26p, 14r for the Stifle Tower) and Joe Johnson added 17 points, but Utah has now gone 1-4 over their last five. Gobert didn’t call out anyone by name, but clearly wasn’t happy with his team’s showing.

“I think everybody needs to think about making plays for the team, making winning plays, before thinking about how many points we’re going to score and stuff like that,” Gobert said. “Everybody has to be ready to sacrifice. In the playoffs, it’s not going to be pretty. There’s going to be some games where you don’t score. But are you going to take a charge for a teammate? Are you going to come and box out DeAndre [Jordan] for a teammate?”

Despite suffering an eye injury in Friday’s game, LeBron James was stellar against Washington; scoring 24 points while coming just two assists shy of a triple-double. John Wall and the Wizards, however, were just too much for the defending champs, shooting a combined 59.8% from the field in a road win. Bradley Beal added 27 points in the victory, while Kelly Oubre provided 16 off the bench. Having gone .500 over their last 10 games, the Cavs are hearing footsteps atop the Eastern Conference.

Who comes out on top in the East? 🤔 pic.twitter.com/0QJy1whZLK

The Knicks fought valiantly in the third quarter, outscoring San Antonio 31-17, but this one was otherwise all Spurs. Kawhi Leonard went for 29 points while LaMarcus Aldridge and Pau Gasol each had 19 points with 10 rebounds. With Saturday’s W, the Spurs have now beaten every team in the NBA this season.

Despite the loss, this one had to be pretty cool for Willy Hernangomez. Playing against Gasol, who mentored Hernangomez during the Summer Olympics, Willy recorded a career-high 24 points with 13 boards.

Serge Ibaka and DeMar DeRozan scored 18 points apiece while Patrick Patterson added 14, helping Toronto stay within one game of the third seed. The Raptors, who clinched a postseason spot in their fifth straight victory, scored the game’s first seven points and never trailed. Harrison Barnes led all scorers with 23 points, but offense was otherwise hard to come by for Rick Carlisle’s squad; Nerlens Noel was held to three points while Wesley Matthews only scored four.

The C.J. McCollum show was in full effect, as he lit up Minnesota for 32 points in less than 30 minutes of court time. Damian Lillard added 21, and Jusuf Nurkic tallied 14 points with nine boards to put this one away. While the Wolves have lost sixth straight and are comfortably out of the playoff picture, Tom Thibodeau’s rotation players continue to grind. Andrew Wiggins had a team-high 20 points, Karl-Anthony Towns and Ricky Rubio notched 16 apiece, and Kris Dunn scored a career-high 17 points in a reserve role.