A Love Supreme: LeBron James Has Painted a Masterpiece

His game has been a portrait of a masterpiece; the generational work of an artist striving for something that transcends the game; a spiritual declaration; an ethereal awakening, a love supreme; a celestial journey.

The four stages. Like songs. Cleveland, Miami, Cleveland, LA. Solo sessions, but never alone. Seasons of soliloquies. And at the center of it all: A man’s search for something greater than He. 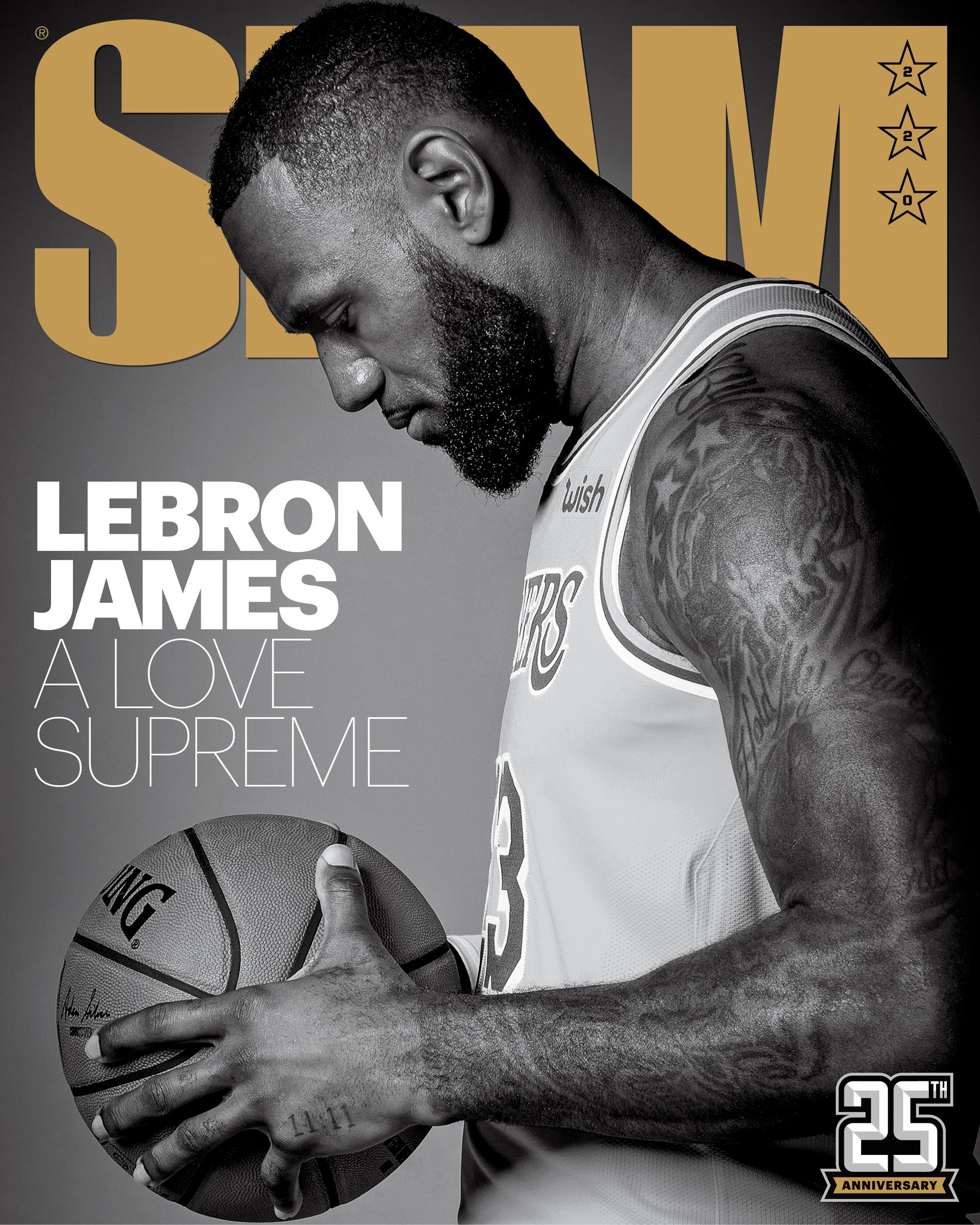 GOD-like in stature, G.O.A.T.-like in performance, the liner notes of LeBron James’ career, if looked at in a Nike X Impulse! way, reads like the set list of more than an athlete. A strive for greatness? More than. Shut up and dribble? More than. King James edition? More than. Something biblical? Less than. But close.

Acknowledgment. Came in the form of a child discovering a path through the intersection of black American culture and creativity. That rhythm of sound the ball made when it left his hands. Heartbeat on bounce, flutter upon rotation through nets, silence when traveling through air. Elvin Jones-like permutations. Adventurous. Lines and spaces filled with non-verbal melodies. We fell in love with the promise he possessed.

Resolution. Revolutionary by nature. Unlike anything we’ve seen before. Game changer. A Jimmy Garrison bass line of subtle dominance. Establishing a foundation for everyone to build on. Super squad. A Coltrane/Tyner connection with Dwyane Wade. Musical movement. 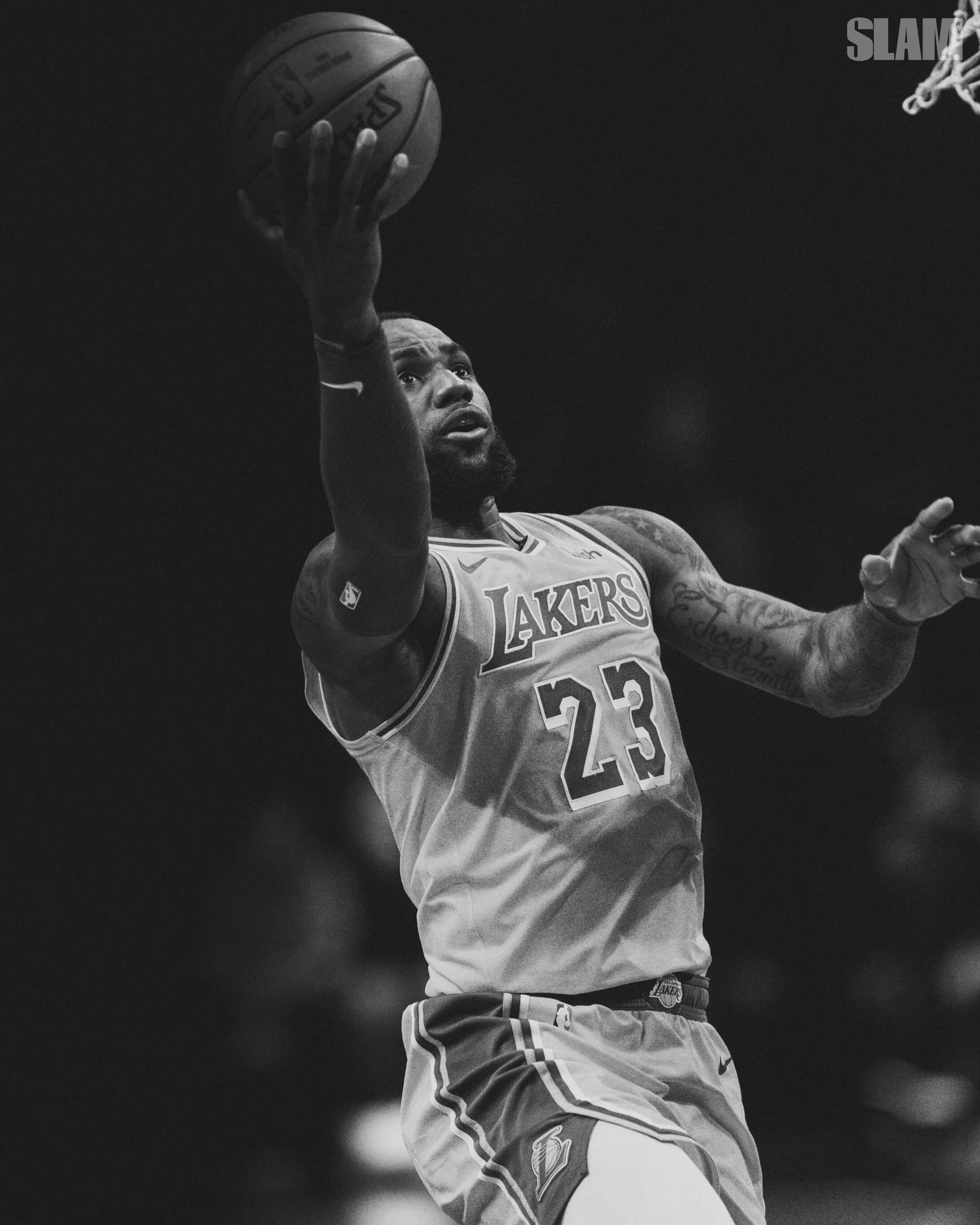 Pursuance. Alto and ulterior motives. Virtuoso performances. Ending doubts and droughts. Even in the quest for efficiency, there is an openness about his improvisational approach to the game and his legacy. Blocks win championships as much as shots. One instrument is no more important than the others. There is no “I” in band or group but there is one in “history,” one in “King.”  Warriors came out to play. Modern jazz. Quartet. Still can’t shade what was done. For The Land: “This is for you!” For the landscape: Affirmation. His favorite thing.

Psalms. The finale. LAL. Inspired by those before. Stirring. Moving. Emotive. Notes of sadness. But trapped inside of that sadness is a brilliance unmatched. Carrying the weight of generations in every game, on every note, every play. ’Til he reaches higher ground. Mood. Tone. A ballad. A marriage of discerning solemnness and abstract enlightenment. The beginning of the end. 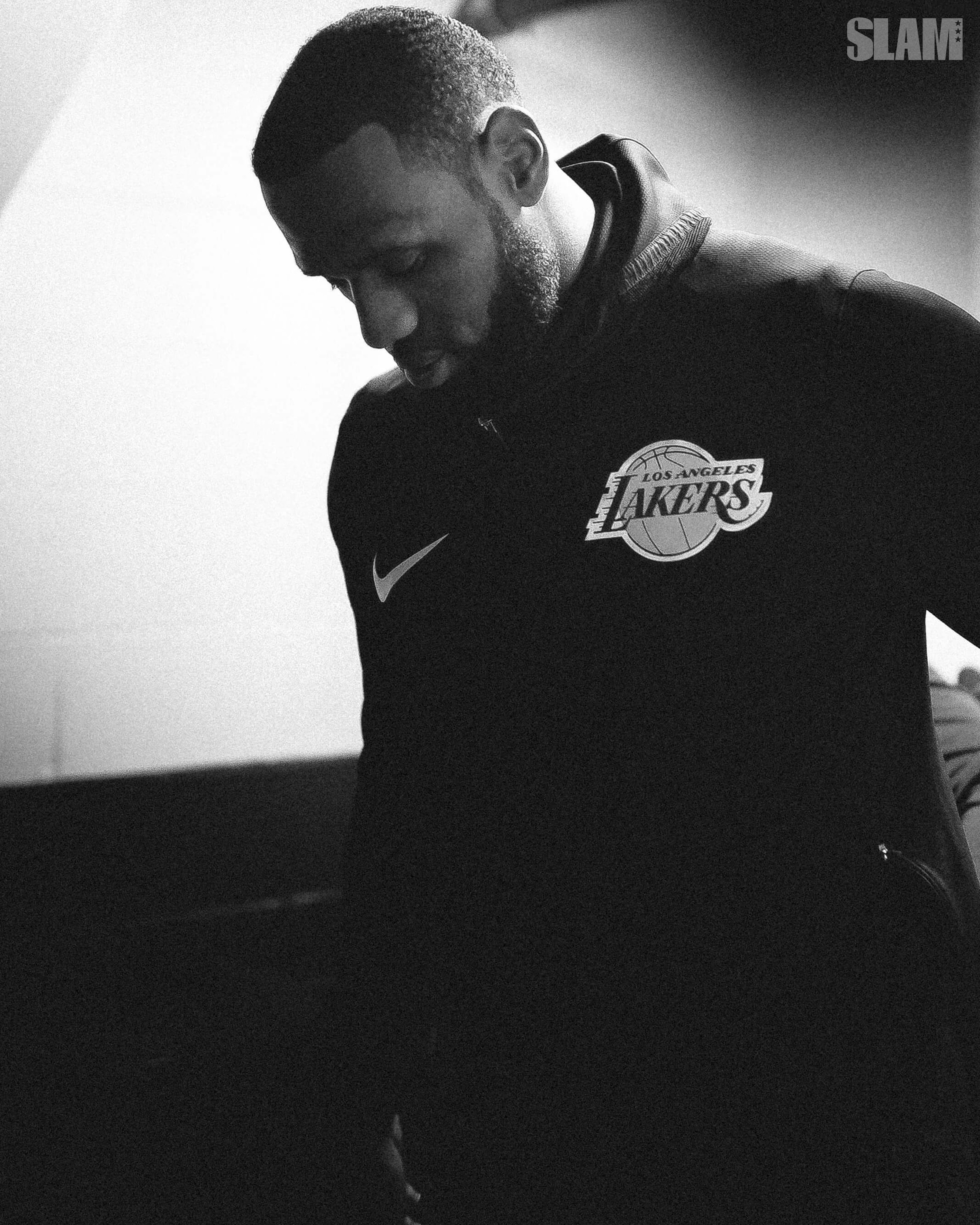 The relationship between LeBron and the game of basketball is one unique in both history and its true existence. It is—and remains—one that over the course of time will be the one almost all other careers will be compared to. There’s a commitment there that not even Jordan or Kobe can claim. Not that either his or theirs is more impressive, just that LeBron’s has been so, so deft over the first 15 years we remain mesmerized. Yes, the game has changed. And he changed it. The same way Bird (Charlie, not Larry), Miles, Art (Blakey and Tatum), Dizzy, Oscar, Trane, changed what Duke and Louis created. LeBron existentially rewrote the genre. Gave it a different feel. Took parts Julius Erving and Roger Brown, parts Karl Malone and Magic Johnson, parts Oscar Robertson and Derrick Rose, and orchestrated a magnum opus that will remain relevant long after he decides to never play again.

And that’s the key: For us to fully understand, comprehend and recognize what this all means as it continues to play. This career, this life of his. As we look into the kaleidoscope of his basketball sojourn, his personal pilgrimage, and pull out moments of both brilliance and incompleteness, paradise and pain, we learn to accept and further appreciate his art for what it is, for his ability to compose without judging it against the art of another. He’s given us work that can stand alone and on its own. Separated from the crowd. Where merit and magnificence aren’t always judged just by outcome and supremacy, where they too are judged by influence, impact and the importance that art ends up having on more than just the game. In other words, LeBron’s career is as much about only basketball as jazz is about only music. There’s so much more to gain from it than that. But it’s we who must never forget that, because if we do it will be we who suffer. History forever proves that. 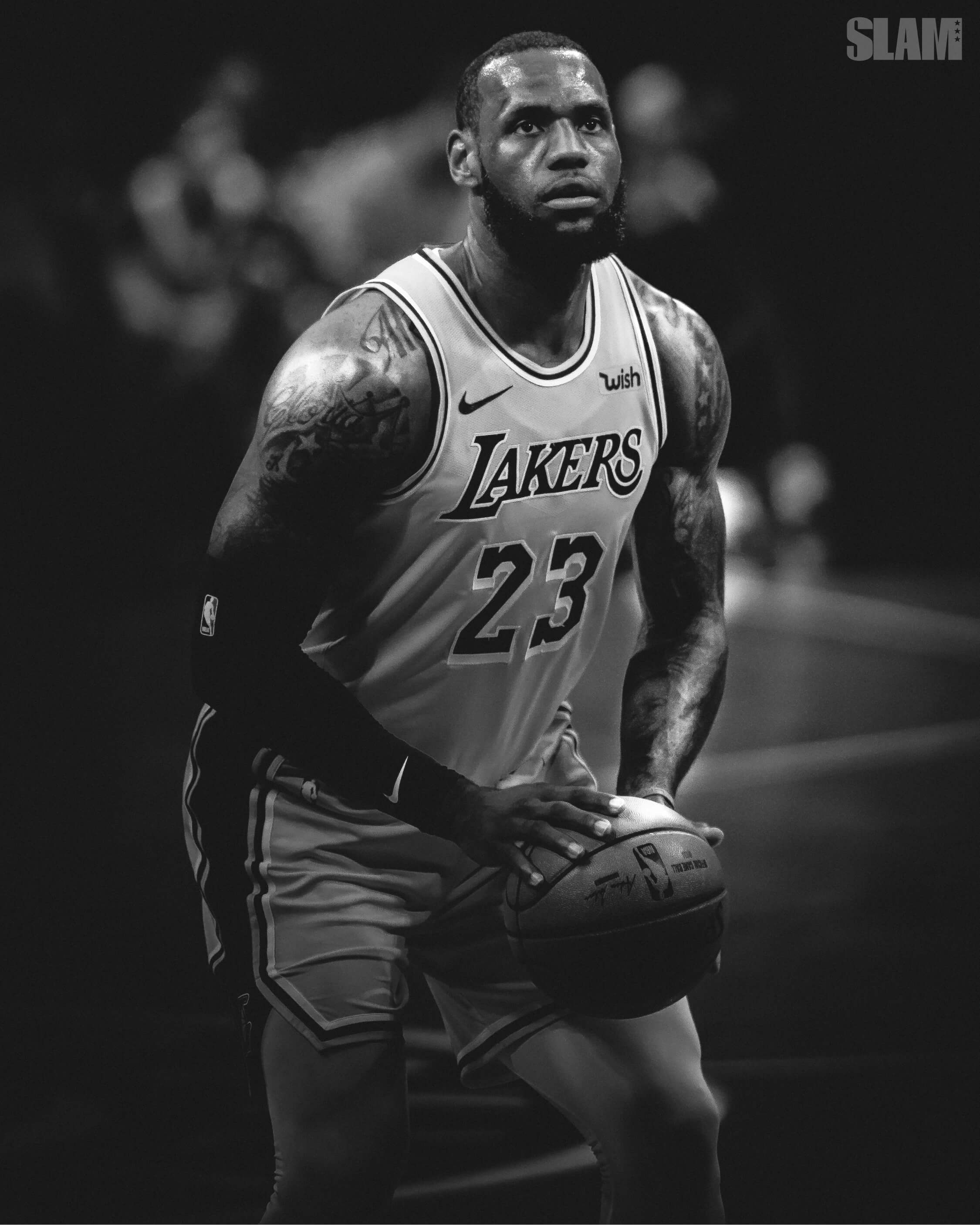 Dragging underachieving squads to the Finals annually, giving an entire city (and state) a resurrected identity and economic sustainability, being possibly the only child athlete-deemed-prodigy of the last four generations to overcome and live beyond every expectation that was designed to set him up to fail, building an empire built on friendship, the fatherhood piece, the “I Can’t Breathe” piece, the EQUALITY piece, the Aaron Miller piece, the insane PERs and advanced stats while never over the length of a career being totally out of both MVP and G.O.A.T. conversations, the unequaled cerebral nature of how he approaches and sees the game, his eminence v. everybody. Future history. Facts.

Masterpieces. Mastered pieces of a dream turned basketball reality. Game soaked in virtuosity. Command and craftsmanship. 4/4 time signature. Genius displayed on the downbeat. Improvisational in nature, unpredictable in proficiency, still accurate in execution. Perfection is not mistake-free. Greatness should always be dissected, examined, re-examined, analyzed, scrutinized, challenged. The debates over years, debates over placement. Through this lens LeBron’s has become the definition of what the love for the game should look like when in the hands and heart of a master. A Coltrane, if we must. A level of artistry only a chosen one can put out there for us to digest and only hope to one day understand. In all of its beauty and complexity, in its haunting honesty, its “introducing humanity to the radiant language of light,” in its liberating altruism. If Jordan’s Kind of Blue, ’Bron’s A Love Supreme. A career supreme. A spiritual achievement. A “wondrous bequeathal.” A seeking. A search. A basketball “Thank You” to God. 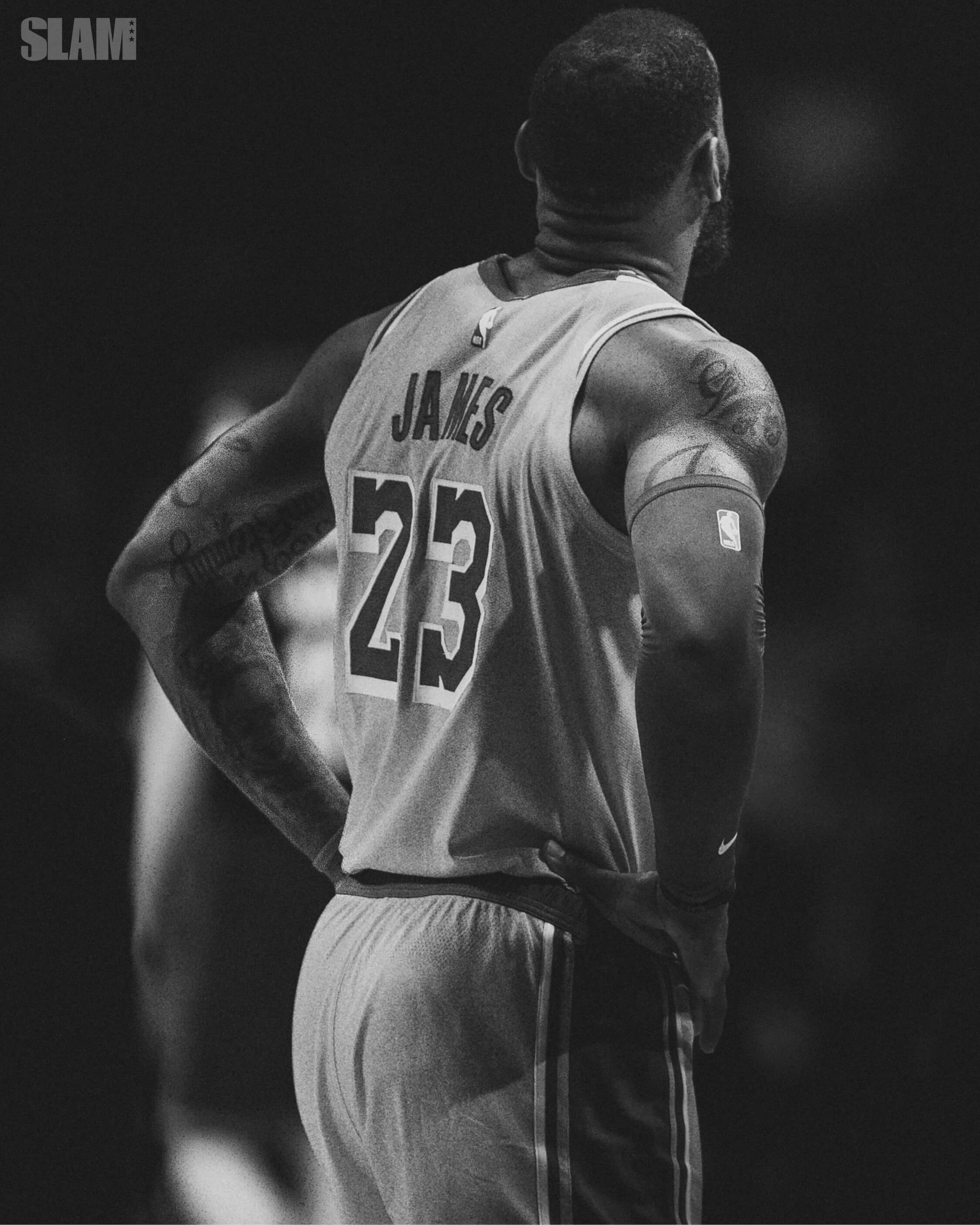 Scoop Jackson is a senior writer for ESPN and author of the forthcoming book The Game Is Not A Game (Haymarket Books).

‘Top Class: The Life and Times of the Sierra Canyon Trailblazers’ Returns for a Second Season on Dec. 17