A New GM for the Clippers? 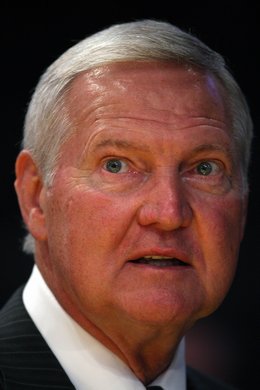 Mike Dunleavy’s reign of ineptitude could soon be coming to an end. Some of it, anyway.

Word on the street is that Donald Sterling is looking to bring in a real GM for his bumbling franchise, and one of the guys reportedly being considered has a long history with the area.

Several NBA sources said the Clippers are quietly considering relieving coach/general manager Mike Dunleavy of his GM duties and bringing in someone else. Rumored candidates include former Heat GM Randy Pfund, a former Lakers coach, and ex-Lakers and Grizzlies GM and Hall of Famer Jerry West.

Jerry West is seemingly only interested in joining terrible franchises at this point in his life. Hey, to each his own, right?

Because of his contract – and also because Clipper fans have apparently not suffered enough – Dunleavy isn’t expected to lose his coaching gig for at least another season.