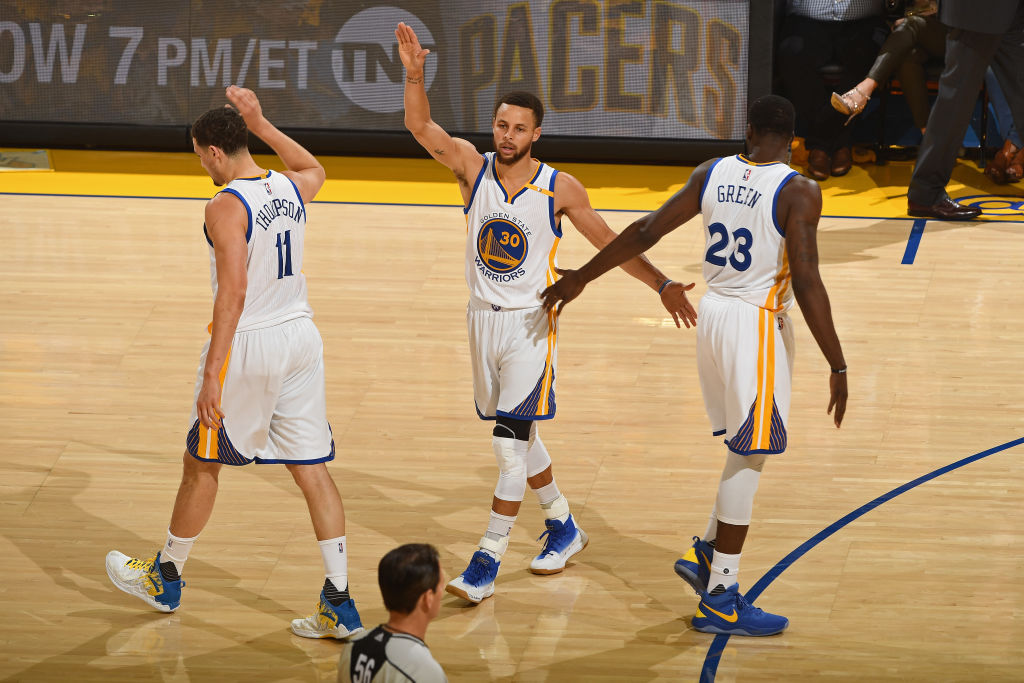 It’s easy to forget just how dominant the Golden State Warriors have been over the past handful of seasons. In fact, they had six straight 50-win seasons prior to the 2019-20 season in which Steph Curry, Klay Thompson, and Draymond Green missed the majority of the year with injuries.

This included a league record 73-win season, five finals appearances and three NBA championships over a span of six seasons.

With their superstar trio expected to be fully healthy heading into the 2020-21 season, they shouldn’t miss a beat. Although they don’t have Kevin Durant any longer, they still have the talent to be one of the best teams in the NBA.

In a recent exclusive interview with the San Fransisco Chronicle, Adam Silver touched on the Warriors and his expectations for them coming back healthy in the upcoming season.

“I’m very confident that they’ll return to contention quickly. I look at the quality of their management. Of course, the quality of the players that are currently on their roster. I have no reason to believe they won’t be back as a top-tier team in the NBA.”

Not only does Golden State have three excellent players in Curry, Thompson and Green, but they also have flexibility to improve their roster to win now as well as build for the future. For starters, they have a 25-year-old Andrew Wiggins who averaged 19.4 points per game last season. He is someone who can contribute now as well as be a key piece for years to come.

The Warriors also have the No. 2 overall pick in the 2020 NBA Draft and will have the opportunity to take one of the top players in the class to groom into their next superstar to lead the team down the road.

Additionally, they have the flexibility to use both Wiggins and the No. 2 pick as trade bait to get yet another proven star. If there is a disgruntled star that becomes available this offseason, Wiggins and his salary as filler as well as the pick would be a great package to build towards acquiring a fourth star for the team.

Looking ahead, the Warriors might be in one of the best positions in the entire league. Don’t forget how good they could be next season as well as in the future.