Agent: Isaiah Thomas ‘Not Coming Off the Bench’ for Lakers 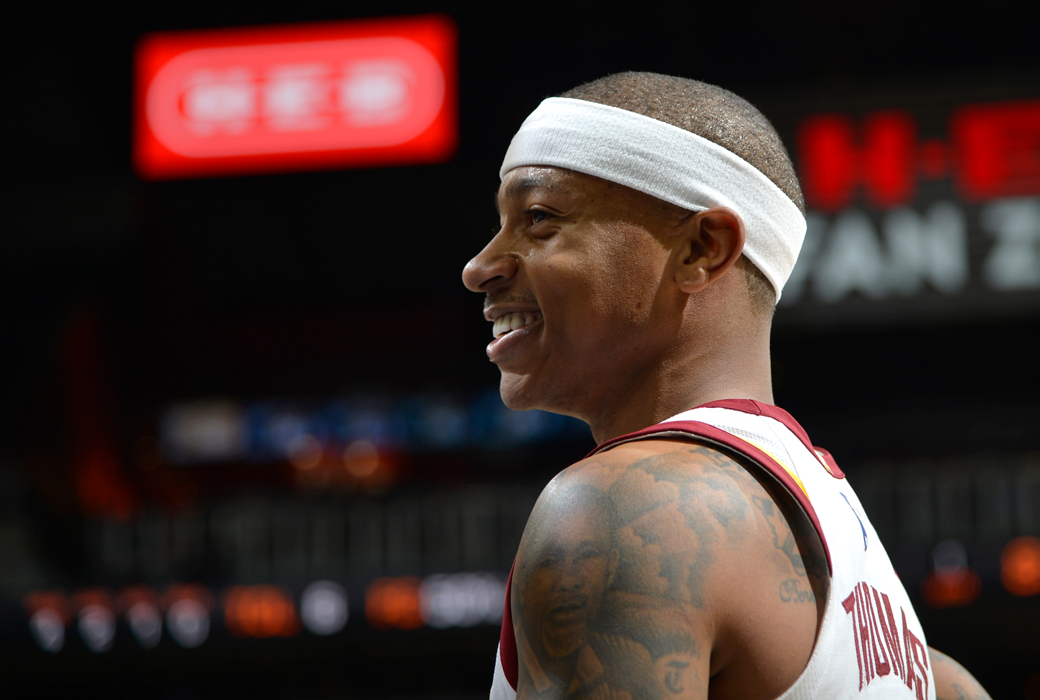 Isaiah Thomas‘ agent, in an all-caps text message, made it clear that his client has no intention whatsoever of coming off the bench for the Los Angeles Lakers, where Lonzo Ball remains the starting point guard.

Not only that, but if his new team asked IT to be a reserve, he’d demand a buyout.

Rachel Nichols says that Isaiah Thomas’ agent texted her in all caps: “HE IS NOT COMING OFF THE BENCH”

IT’s camp would want a buyout before he comes off the bench for LA. pic.twitter.com/jHofuzx1d9

Lakers do not plan on buying out Isaiah Thomas, Walton said.

Thomas is expected to play the rest of the season with Lakers before becoming an unrestricted free agent this summer.

The Lakers’ front-office acquired Thomas in a multi-player swap with the Cleveland Cavaliers at Thursday’s trade deadline, and reports that he’s excited about playing for the Purple and Gold.

“We can’t wait to get him here,” said [Rob] Pelinka, the Lakers’ general manager. “He’s so excited. Magic [Johnson], you can tell them. You talked to him.”

Said Johnson, president of basketball operations: “We talked to him, he’s so excited. Said his father was born and raised in Inglewood, so he’s really excited.”

Johnson also stressed the importance of having a veteran player who could mentor [Lonzo] Ball. Thomas is 29 years old and in his seventh NBA season.

“Right now Zo’s hurt,” Johnson said of Lonzo Ball. “We need a point guard. So especially with that type of experience and the fact that he can score the basketball and pass it, we want to get him in here fast. We told him that. He’s day to day, Zo is. We don’t know when he’s coming back. We need somebody to come in there and lead our troops.”