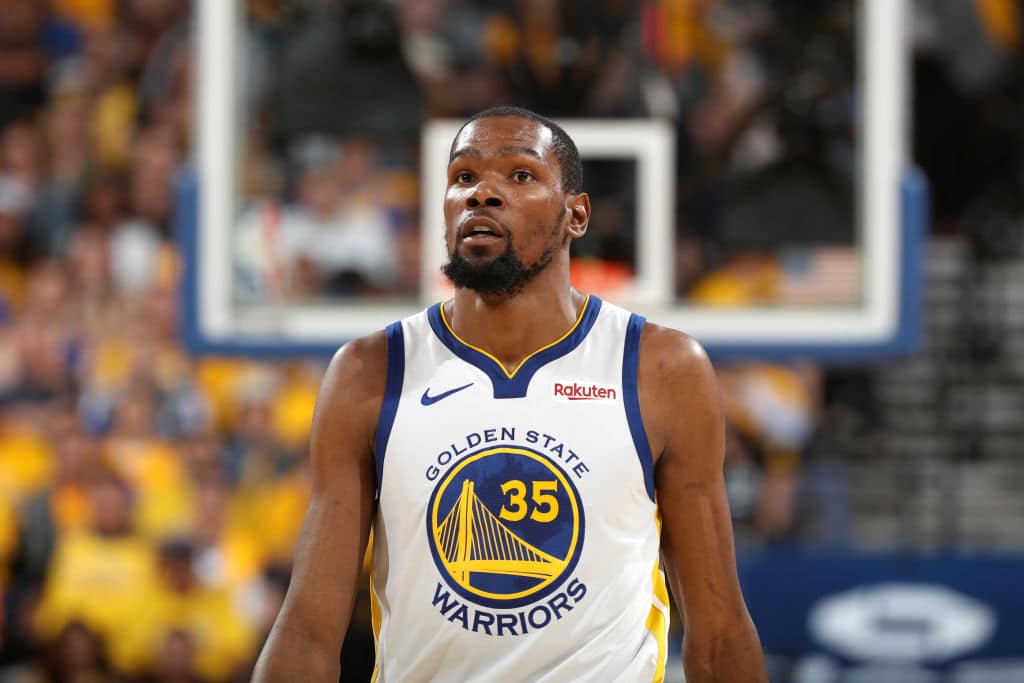 Kevin Durant is “100 percent undediced” on what he will do as an unrestricted free agent this summer, according to his agent Rich Kleinman.

The LA Clippers have reportedly emerged as “as an equally dangerous threat” to the New York Knicks to sign Durant away from Golden State.

“The season is still ongoing,” Lacob responded. “We are not finished. I have no new ideas or data for you. We love Klay and KD and intend to attempt to re-sign them. Period. I am confident about BOTH of them.

“But it is their choice to do what is best for them. They have earned that right. Our goal is to keep our team together. We are pretty good.”

This isn’t a case of needing to flip over an aging roster before it all crumbles. [Stephen] Curry, Durant, [Draymond] Green and Thompson are still in their primes. They don’t have the trade chips to go after Anthony Davis or another young superstar, anyway. They can’t replace Durant’s dollars if he leaves.

“We can do whatever we want (financially),” Lacob told me back in February. “And you should expect that that’s not going to be a reason this team … doesn’t stay great going forward. We have the capital to pay our players what they deserve. And we will. …