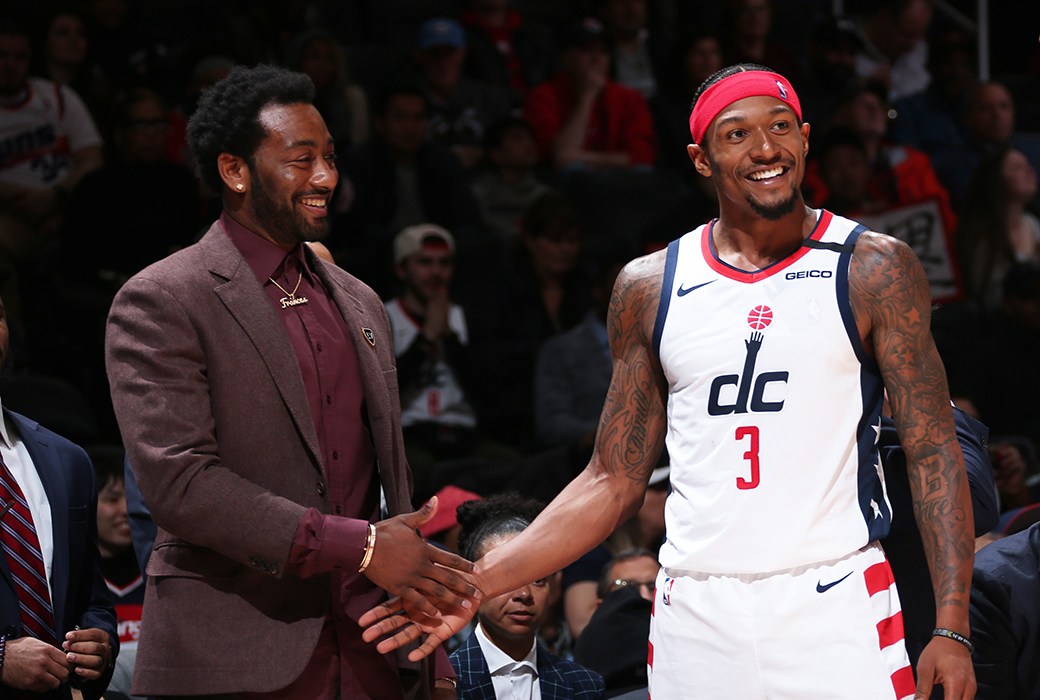 Responding to reports of him and Bradley Beal not getting along, John Wall says he and his Wizards co-star make each other better.

While guesting on a recent episode of All The Smoke with Matt Barnes and Stephen Jackson, Wall explained that the two stars compliment each other on the court, and make the Wizards a better team.

“Ain’t no John Wall without Bradley Beal. Ain’t no Bradley Beal without John Wall,” Wall said. “We make each other better” (starting at 4:54):

“So when I see the media trying to say, They don’t like each other, or he playing better without him. The team’s eating, everybody’s moving the ball, all this. Well, at the end of the day, yeah, you’re going to play better when another star player’s not out there because you get more shots. Everybody’s going to give you the ball more. Everything’s predicated around you.

RELATED: Bradley Beal: ‘We’re 1-9 When I Score 40 or Something. That’s Terrible’