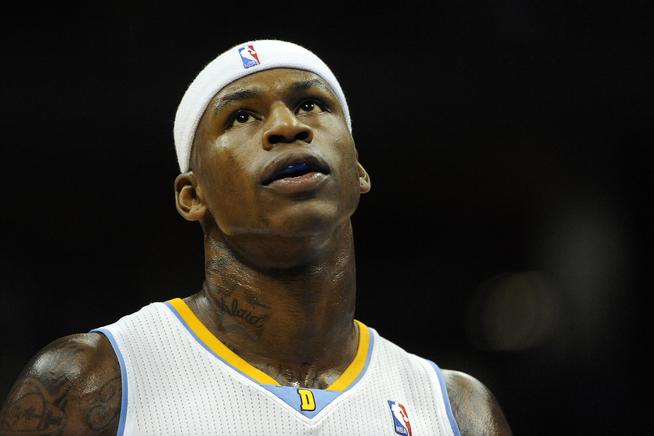 Harrington will continue working as an assistant to Denver Nuggets interim head coach Melvin Hunt, and says he’s at peace with his playing career coming to an end.

Harrington spent 56 days this season with the Fujian Sturgeonsof the Chinese Basketball Association — he played with seven NBA teams, most notably the Indiana Pacers through seven seasons and reached the Eastern Conference Finals in 2004.

“I’m officially retired,” Harrington said. “I don’t know if there’s paperwork that I gotta fill out or anything. But my career is over.”

He’ll be known for a number of things, the least of which was being one of the first true success stories of the prep-to-pros era. A first-round pick of the Indiana Pacers in 1998, he’d only begun playing organized basketball four years earlier for St. Patrick High School in Elizabeth, N.J.

“I’m very happy with what I was able to accomplish,” Harrington said. “I was able to change a lot of people’s lives in my family, including myself in a game that I eventually fell in love with and will always be in love with. And hopefully I can stay around the game until I die. It was a fun ride. It went by fast, too. It was like one minute I was 18, the next I was 25 then was 30 and now I’m 35. It was a fun run. Met a lot of great people.”