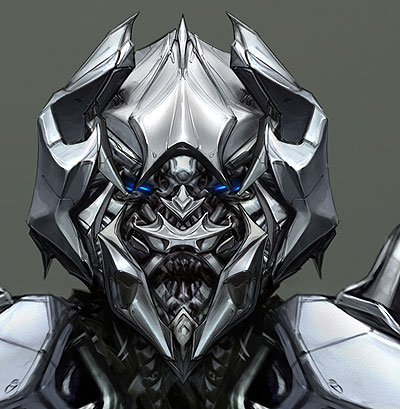 Last night, after being shot down by friend after friend for weeks, I finally saw Transformers. Okay, so it had its cheesy moments of Michael Bay at his worst. Other than that, what more do you want… from life?!?

I was finally able to read Khalid’s review. Co-sign co-sign co-sign co-sign. But I will say one thing; Khalid talked about the humans in the movie. They were irrelevant to me. (Except for Megan Fox of course. Oh my God!) And that’s how I remember the old cartoon being, just waiting for the humans to stop talking so I could see some transformations and savage robot on robot violence.

One thing they definitely nailed in this movie, aside from the mind blowing $250 billion special effects bonanzarama, is the greatness of the manmachine named Optimus Prime. If he were to run in a hypothetical Presidential race against say, Abe Lincoln, I think I might vote for Optimus. On the other hand, MEGATRON!!! I was nervous when they first announced that the mighty Megatron would not transform into a gun, and even worse that his face looked like a part of the female anatomy. Those fears were soon forgotten. ALL HAIL MEGATRON! He didn’t have many scenes, but when he was on screen, you could feel the hate and the bloodlust for power, which are the staples of a great villain.

I was 8 years old when the original Transformers the Movie came out, and my day camp took a field trip to the movie theater to watch it. Twenty years later, the emotional wounds from the death of Optimus are still unhealed.

Okay, here’s your basketball corollary. Some movie spoilers, but it’s been a month already. The new look Celtics are like the Autobots. They are a feel good story with three respected veterans who are all considered “good guys” by most. They seek to find the Allspark cube, which is a metaphor for the Larry O’Brien trophy. Historically, that trophy is supposed to reside in Boston, where the game is pure, and Red built the template for winning, Bill Russell invented the unselfish superstar, and there was Cousy and Larry and so forth. But there are other forces out there in the NBA, who are also on a quest for that cube/trophy. I will make this as predictable as I possibly can and say that the Lakers are the Decepticons. Could Shaq–Kobe possibly be any more similar to the Megatron-Starscream relationship? One is the dominant and powerful ruler, the other is his high flying second-in-command who looks to take over the throne at all times. When Megatron dies in the cartoon movie (or more accurately is on sabbatical while being resurrected as Galvatron), Starscream is in charge and the Deceps become a huge mess. Anyways, the Shaq-Kobe thing is old news, water under the bridge. But in the movie I saw last night, the Decepticons main concern was searching for something that was hidden from them, waiting to be unleashed to destroy the world. Megatron stood there in his frozen cryogenic state, much like the Laker franchise. When they thaw, the war is on.

I hate to be one of those people that says things like “The NBA only matters when the Lakers and Celtics matter”, but there is some truth to that, moreso for the casual fan than the hardcore addict. Plus it makes the comparison a lot easier. Make it happen Kupchak.