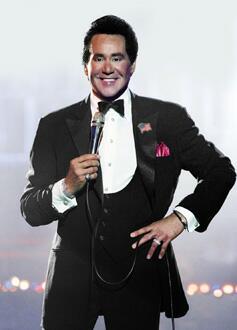 That’s what the suits at NBA HQ seem to think, anyway. They’ve decided to pick the corpse of Wayne Newton to perform the only hit of his that I know, “Viva Las Vegas”, during player introductions at the All-Star Game on Feb. 18th. He’s also going to be performing something called “Danke Shoen”. Whatever.

Christina Aguilera and Toni Braxton (who, strangely, doesn’t return my repeated calls; holler at your boy, ma!) will take care of the halftime entertainment.

Seriously, if you’re going to push this whole “We’re in Vegas, remember?” theme, why not play the game in one of the casinos? Or better yet, right on The Strip? An even better idea would have been to have the Vegas show girls “perform” at halftime. I’m telling you, the NBA has no idea what they’re doing.

OK, back to drafting my threatening letter to Stern if he doesn’t give ‘Melo an All-Star spot…