Allan Houston Is Old, Wants to Make a Comeback 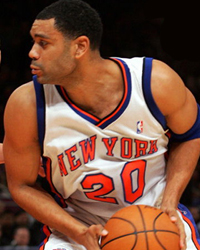 What’s with all of these geezers wanting another shot at playing in the League?

First it was Reggie Miller, and now another former sharpshooter thinks he can still hack it in the NBA: Allan Houston is thinking of making a comeback.

“It’s something I’d like to do,” Houston said. “It’s just a matter of getting myself back in game shape and getting used to playing again.”

“I’m looking to play a supporting role to some of these great young stars,” Houston said. “More of a leadership role, someone who can add experience and stability late in games. I don’t expect my scoring and my minutes to be what they used to, but at the same time, I’m not looking to just be a decoy out there. I’d like to have some kind of role.”

The only comeback this guy should be thinking about is a return to the big screen. Black and White totally deserves a sequel.