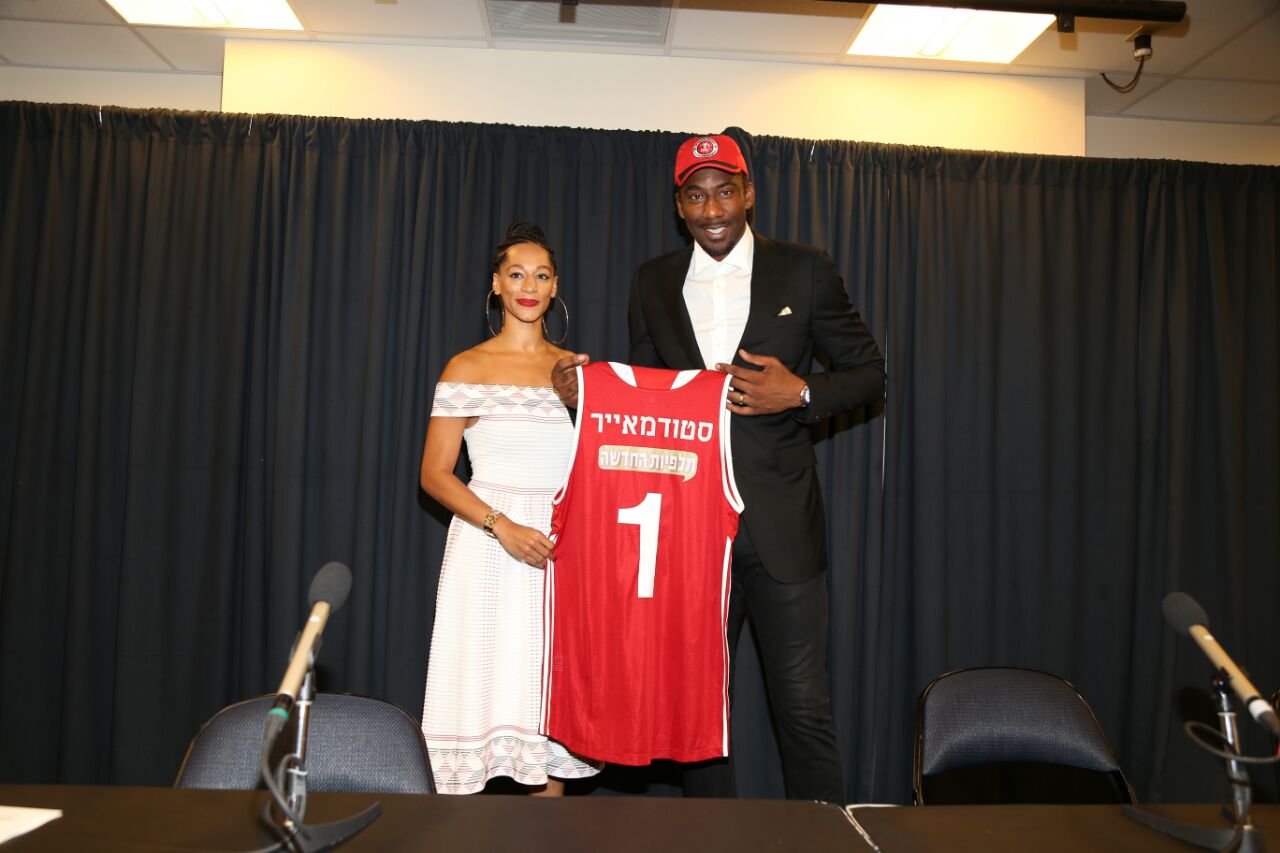 Stoudemire, 33, announced his retirement from the NBA last week.

STAT has long been infatuated with Israel, and says he’s thrilled to play hoops in Jerusalem.

Shortly after signing a five-year, $100 million contract with the New York Knicks in the summer of 2010, Stoudemire traveled to Israel to explore what he believed might be “Hebrew roots” through his mother, Carrie. Stoudemire has a Star of David tattoo and knows multiple Hebrew phrases.

“My interests in playing in Israel, at this moment that dream has come true,” Stoudemire said. “I’m now able to play for Hapoel Jerusalem. A team that I’m looking forward to playing with.”

“My wife and I always talked about living abroad and experiencing different cultures, and what better culture to experience for us than living in Jerusalem?” Stoudemire said. […] This isn’t Stoudemire’s first interaction with Hapoel Jerusalem. The 6-foot-10 forward was part of an ownership group that purchased the team in 2013. As part of his new contract with Hapoel Jerusalem, he will sell his shares to majority owner Ori Allon.