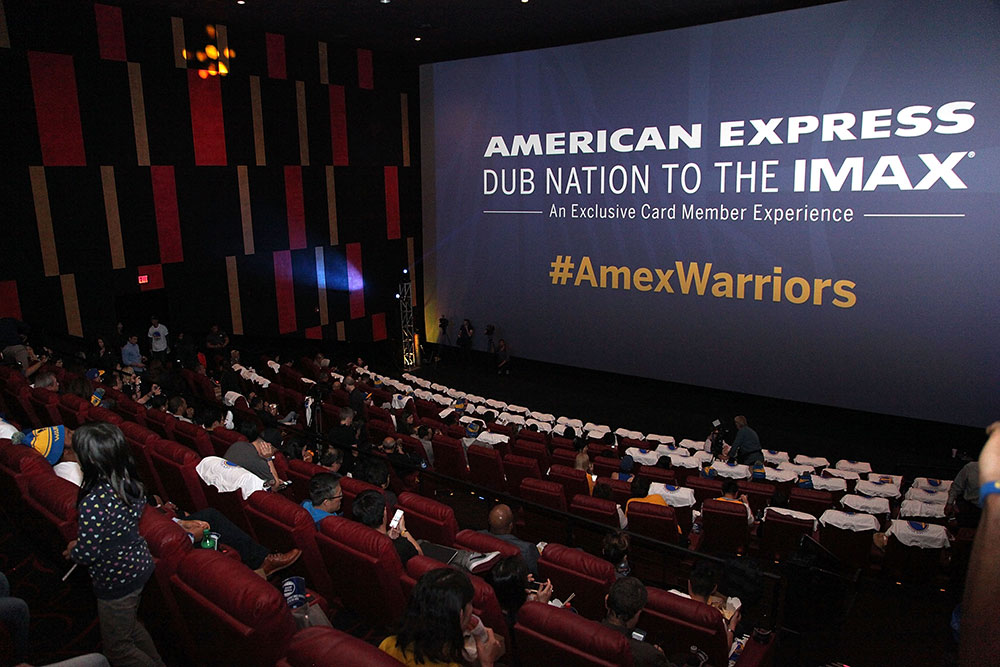 American Express members were treated to an exclusive screening of last night’s Warriors win against the Spurs at the Bay Area IMAX Theatre.

Warriors fans got to watch the game on a 60-foot screen. At halftime, the one and only Jason Richardson came out to do a meet-and-greet with fans, as well as shoot a few t-shirt guns. After the Dubs got the dub, those in attendance got a confetti shower.

Check out the gallery above to see photos from the event.