An Open Letter To Jason Whitlock 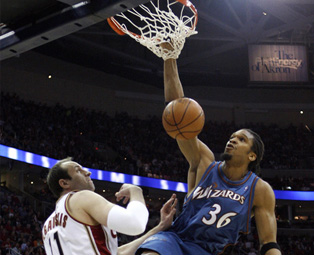 Earlier this week, I had the pleasure of participating in a panel discussion moderated by Spike Lee. The panel included Alge Crumpler of the Atlanta Falcons, Jim Brown, Stephen A. Smith, Coach Vivian Stringer, William Rhoden, Alonzo Mourning, Jason Whitlock and Claire Smith of the Philadelphia Inquirer. It was an absolute honor to be there discussing pertinent issues that current athletes face. Some things I agreed with and some things I didn’t, but overall I believe that it was very successful.

Not surprisingly, one of the topics of discussion was the dispute between Rutgers coach Vivian Stringer and Jason Whitlock, the columnist from the Kansas City Star. I recall watching the post-Imus press conference with Coach Stringer standing up for her team, and I remember my wife’s expression (my wife played on the women’s basketball team at Syracuse University), staring at the television with eyes of pride and admiration. At the panel this week, I heard young women from the Spelman team thanking Coach Stringer on behalf of all women for instilling pride and dignity into the minds and hearts of so many young women, much more than even she knew.

I almost stood up and clapped as Coach Stringer delivered some very passionate words directed at Jason Whitlock. She was attempting to explain why his columns and articles were not only insulting but misguided, and for some reason Jason Whitlock simply couldn’t understand. I spoke with him afterward so that I could hear his explanation and maybe engage him in a debate, as I, too, disagreed with the majority of his articles and comments. Surprisingly, I discovered that while we definitely didn’t see eye to eye on some topics, there were others in which we were in complete agreement.

I just don’t know if he fully understands the magnitude of his words. So I decided to write this article in the form of an open letter Mr. Whitlock. Let me preface by saying I mean no disrespect. My intention is in no way aimed to demean, discredit or ridicule you in any shape or form. I am familiar with your work (although you said on the panel that I was just a basketball player, and you didn’t expect me to know much about your writing). I do, however, have access to what President Bush likes to call “the internets,” so it is relatively easy to read or research a plethora of topics and/or people.

I am writing this as a warning; a caution, if you will. After speaking with you one-on-one, I learned, surprisingly, that although we definitely don’t see eye to eye on a number of issues, you do have some opinions and thoughts I agree with. I’m not going to call you an Uncle Tom, a sell out, say you’re tap dancing for the media, putting down your people so that you can move up the ladder of success in a Clarence Thomas, Ward Connerly, JC Watts-type fashion, because I actually took the time to talk to you. I truly believe that is not your intention.

However, you had to see that the overall feeling by the students in the room was that you were in fact grouped with the aforementioned gentlemen and deserving of the previously mentioned labels. I spoke to some of the students at the conclusion of the event and let me tell you, they did not hold you in high regard. One student said he wished I had more time to speak about holding the few black journalists we have accountable and how glad they were that I stood up to, in his words, your “Uncle Tom way of thinking.”

You heard the one student get up during the question and answer portion and ask you how you can pride yourself on “amening,” as he called it, all of the negative things that the media says about not only us, but the entire hip-hop culture. Hip Hop is not all negatively charged, prison culture embracing, gangster rap music, as you seem to think.

The perception that you are on “their” side is constantly growing. I know that this is not a label you want. Interestingly, you seem to be unaware of this because when I told you that you came across worse than Bill Cosby, you looked at me with eyes of disbelief. Not only did you say that this was not your intention, you vehemently denied those allegations. You looked at me as if I had said something utterly ridiculous.

The audience couldn’t hear your point about us taking ownership, respecting each other, immersing ourselves in positivity while rejecting the negative stereotypes that are prevalent in society. They couldn’t receive your message to abandon any aspect of our own culture that is, in your words “anti-black, anti-education, demeaning, self-destructive, pro drug-dealing and violent.”

They couldn’t hear these things from you because it appeared as though you were not on their side. I’m sure you heard the abundance of sighs and moans when your quote about moving the NBA All-Star game to Europe was read. You said in an article entitled “Mayhem Main Event at NBA All-Star Weekend” that “David Stern seriously needs to consider moving the event out of the country for the next couple of years in hopes that young, hip-hop hoodlums would find another event to terrorize.” You also said, “All Star Weekend can no longer remain the Woodstock for parolees, wannabe rap artists and baby’s mamas on tax refund vacations.” You went on to talk about how you felt as if you were walking in a prison yard when you saw all of the baggy jeans, white t-shirts, doo-rags, etc., and that you were in fear for your life.

You completely demonized them to the point that they began to be repulsed by your words before you even spoke them. You don’t understand that you were describing the attire of most of the young people attending the forum. Young people in college aspiring to become journalists, lawyers, doctors, engineers, teachers, etc., were put into one big mass of negativity simply because of their clothing. Unfortunately, this is a label that is commonly placed on them by mainstream America.

Mr. Whitlock, hip-hop is not the problem. Baggy jeans and boots are not either. Hip-hop is a style and a culture that apparently you do not understand.

First of all, there is no direct correlation between one’s apparel and whether or not you partake in criminal activity. Wearing oversized clothes, t-shirts and chains do not make you a criminal, but if you are constantly living in fear every time you see a young person dressed a certain way, then that speaks volumes about your own insecurities. In addition, there are positive aspects to hip-hop as well as negative, and I understand that negativity is what sells, but don’t limit that to hip hop. That is a societal ill, including the media, movies, television, politics. Pick your poison: Negativity sells. When I challenged the journalists on the panel about why the positive things that athletes do are never shown, the general explanation was that negativity sells. Unfortunately, this includes hip-hop.

Believe me, I wish my favorite MCs — like Rakim, Talib Kweli, Common, the Roots, Mos Def, Nas — would be the ones who were guaranteed triple-platinum selling artists. However, that doesn’t mean that they, nor professional athletes doing positive things, do not exist. I just don’t think you realize how you come across.

In regards to the outrage from the Imus statements, you were quoted as saying, “A man who degrades himself wastes his time demanding respect from others.” As if the young women on the Rutgers basketball team or all black people in general degrade ourselves. That couldn’t have been what you meant, but that’s the way it came across. You also said in an article titled, “Imus isn’t the real bad guy,” that “You’ve given Vivian Stringer and Rutgers the chance to hold a nationally televised recruiting celebration expertly disguised as a news conference.” In that same article, you go on to say, “I’m sure at least one of the marvelous young women on the Rutgers team is somewhere snapping her fingers to the beat of 50 Cent’s or Snoop Dogg’s or Young Jeezy’s latest ode glorifying nappy headed pimps and hos,” as if that somehow transformed Imus publicly humiliating them into being acceptable.

I did what you said, and I looked up on youtube DL Hughley’s mean, insensitive jokes on Jay Leno about the women of the Rutgers team, and I agree it was deplorable. But do you understand that both of you are wrong? While it is of the utmost importance for us to respect ourselves, it is also important to not allow others to disrespect us. How would you feel if it were your mother, sister, or daughter directly being referred to in that manner? Coach Stringer and the women on the team handled the situation beautifully. They exuded nothing but class and dignity. They accepted his apology and moved on. They didn’t ask for him to be fired.

Then, you went on MSNBC and CNN to attack Rev. Al Sharpton and Rev. Jesse Jackson. You brought up their personal matters, as if that had anything to do with the situation at hand. You criticized Coach Vivian Stringer and trivialized the entire situation. Of course Tucker Carlson is going to say, jokingly or not, that he would nominate you as the next black leader. You actually said that your recommendation to CBS was not to negotiate with terrorists, referring to Rev. Sharpton and Rev. Jackson. I mean seriously, you may not like them or believe that they are noble to our cause, but terrorists?

Mr. Whitlock, the media wants you to say those things, especially the right wing media. You are appearing to be on “their” side. You call for new leadership, but I didn’t hear you make any specific recommendations. Of course you will receive an abundance of attention and praise, as Bob Ryan coined you “the world’s last honest man.” You said yourself in an article posted on TheBigLead.com, “white people write me love letters when I blast off into the way the media and a prosecutor tried to crucify the Duke lacrosse players on the word of a couple of black criminal escorts.”

Which begs the question, Who is benefiting from your comments? What exactly is your goal in writing the articles you write? Is it to help our youth, who because of the fact that you appear to be against them find it difficult to receive your message, or is it for another reason? While I understand that the Duke players turned out to be innocent, do you really fail to see the way you come across?

I know that you don’t want to be known as the “Uncle Tom of journalism,” as one of the students at the panel referred to you while thanking me for standing up for them.

But whether you like it or not, that perception of you is out there. And if you don’t do something about it, this label will be your legacy.