The double-double machine looks to get the Pistons back into the playoffs. 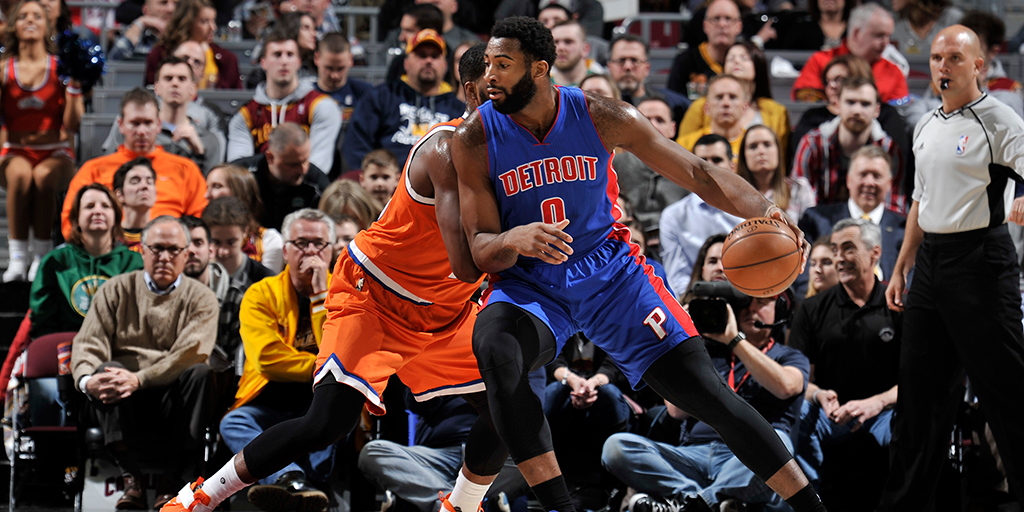 It’s kind of hard to believe that Andre Drummond is only 24 years old and already entering his sixth NBA season, but here we are. Since he was the No. 9 pick in the 2012 draft by the Pistons, the 6-11 center has blossomed into (arguably) the NBA’s best rebounder who pumps out double-doubles with the best of them.

The problem is that the supporting cast around Drummond in Detroit seems to change every year, as does the coaching staff. That’s part of the reason why the Pistons have only made the playoffs once in the past eight seasons. They’ve finished either 10th, 11th or 12th in the conference since their eighth place finish in 2016 that led to a four-game sweep at the hands of LeBron and the Cavs.

Stan Van Gundy has provided some stability to the franchise and an active offseason—which brought Avery Bradley, Langston Galloway and lottery pick Luke Kennard into the mix—means the Pistons will once again have a new-look roster come October. It’s clear the goal was to get smaller and add athletic shotmakers to build around Drummond’s interior game.

That doesn’t mean the big man hasn’t tried to expand his repertoire, which is a necessity in today’s game. Most of the shots he takes are within 10 feet of the basket, which makes a lot sense considering how many of his points come from dunks, putbacks and layups.

If he can continue to expand his range outside of the paint, then there’s no reason he can’t become a more prolific scorer. After averaging a career-high 16.2 points two seasons ago, he dipped to 13.6 points last year as he took almost two less field goals a game. Without Marcus Morris and Kentavious Caldwell-Pope around, more of the offensive burden will likely fall to him as the Pistons look to get back into the playoffs in the weakened East.

He isn’t going to become a stretch-5 any time soon but if Drummond can establish a reliable 12-to-15 footer that defenses need to account for, it could open things right up for a Detroit offense that was 26th in the NBA in points a year ago.

Another aspect of his game that’s overlooked, especially because he doesn’t block a ton of shots, is his defense. Drummond led the entire League with a 99 defensive rating in 2016-17, ahead of the reigning Defensive Player of the Year (Draymond Green) and the blocks leader (Rudy Gobert). Yet, he’s never made a NBA All-Defensive Team. That probably will change come June.