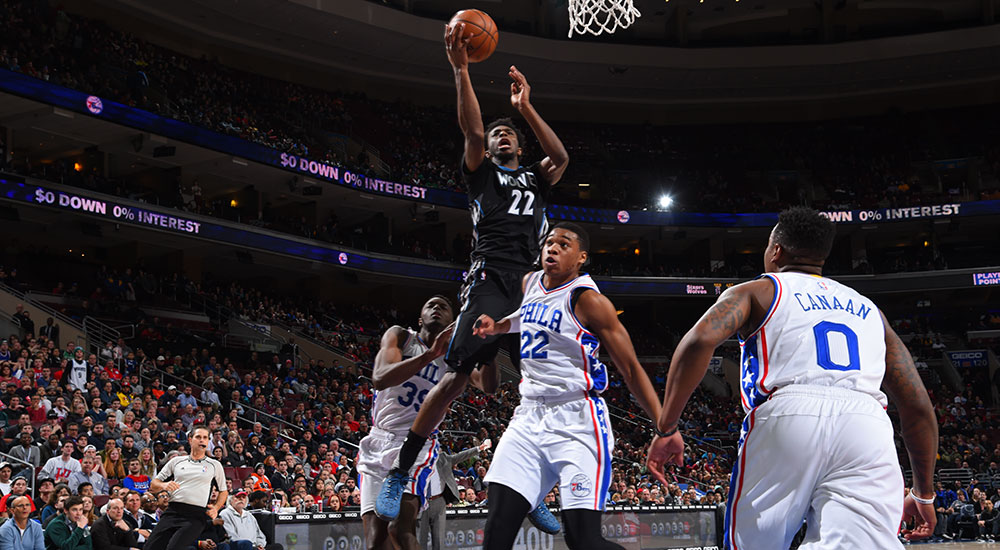 Andrew Wiggins comes from good stock. His father is former NBA player Mitchell Wiggins and his mother, Marita Payne, won two Silver medals in the 100-meter relay during the 1984 Olympics representing Canada. Wiggins’ genetic gifts are what propelled him to the top of his draft class, but his journey has just begun.

Shortly after the young star from the University of Kansas was selected by the Cleveland Cavaliers, he was traded to the Minnesota Timberwolves. In a matter of weeks Wiggins went from possibly playing with the best player in the NBA, LeBron James, to being the go-to player on a rebuilding franchise.

Wiggins played in all 82 games during his rookie season, averaged 16.9 points per contest and was ultimately named the 2015 NBA Rookie of the Year.

The great fortune of the Timberwolves continued when the franchise won the Draft Lottery and selected center Karl-Anthony Towns with the first overall pick in the 2015 NBA Draft. Wiggins now had a running mate he could grow with.

“I watched him in college and he was a great player,” Wiggins said of Towns. “I played with him once in high school so I knew what we had. He’s consistent. He’s always looking to score, be aggressive, and find the open man. He’s a great big man to have.”

The Toronto native went on to represent his country in the 2015 FIBA Americas Championship—securing the bronze medal and punching Canada’s ticket to the 2016 Summer Olympics—but then tragedy struck.

Timberwolves coach Flip Saunders was diagnosed with Hodgkin’s Lymphoma in the summer of 2015. Originally given a promising prognosis, Saunders took a surprising turn for the worst that saw him pass away prior to the start of the NBA season.

The loss of Saunders was a heavy blow to the T-Wolves franchise and its young star, Wiggins.

“I came in last year and I was very to myself on the court,” Wiggins told SLAM. “I was struggling early on.”

“I didn’t know where to score on the court and he helped me out,” Wiggins said of Saunders. “He put me in positions to be successful. The Rookie of the Year that I got last year was because he helped me. He took the time to teach me what the game of basketball is really all about.”

What the game of basketball is about is winning. In the NBA you don’t win with a roster full of young players. Flip Saunders set the table for the T-Wolves to develop and become competitive for years to come. He surrounded their young players with veterans with big-game experience and a couple of Championship rings under their belts. Kevin Garnett, Tayshaun Prince and Andre Miller are the perfect trio of veterans to tutor a young Towns and Wiggins.

“They’re players, but they’re also coaches on the floor, too,” Wiggins explained. “They teach us a lot, whether it’s offensively, defensively, or how our mindset should be. Every situation you could think of that has to do with basketball, they teach us.” 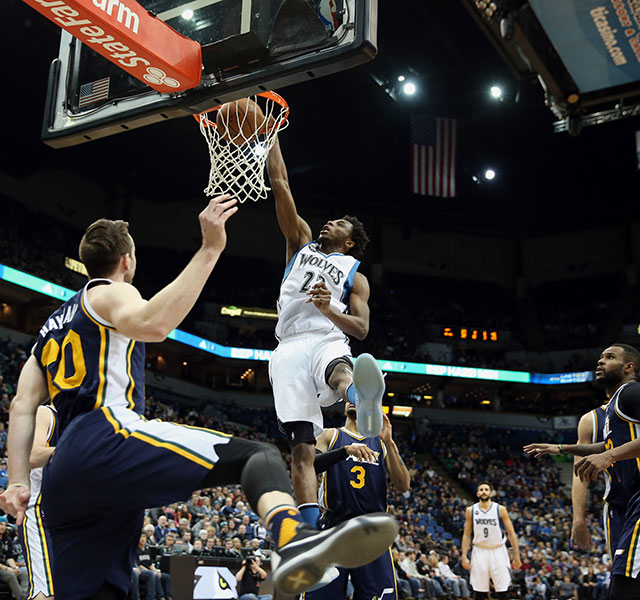 The tutelage is paying off for Wiggins who ranks 18th in the NBA in scoring with 20.4 ppg. He’s also sixth best in the league at getting to the free-throw line. Wiggins’ scoring output is on par with his Western Conference counterparts CJ McCollum, Klay Thompson and Kawhi Leonard. Wiggins just may be headed to the 2016 NBA All-Star Game, taking place in his hometown of Toronto, Canada.

Working against Wiggins is his teams win-to-loss ratio. The Timberwolves are 11 games under .500 with as a 12-23 record. Despite their underwhelming record the T-Wolves are only 4 games out of the 8th playoff spot in the West.

Individual accolades don’t mean as much to Wiggins as does winning. His goal is to finish strong and lead his team some place they haven’t been in 12 years—the Playoffs—that’s what Flip would want.

“Right now I’m just trying to win as many games as I can with the team. As the season goes on I’ll have more to think about with my individual goals. We’re just together, playing basketball together, and we know what Flip would want.”

“I think that’s the main goal for this year—to make the Playoffs.”