Andrew Wiggins is a nice reminder that there is no one way to superstardom. I know he’s not all the way there yet, but best believe he’s on his way…and he’s doing it a little different than Kobe, LeBron and KD did. Maybe it’s growing up in Canada. Maybe it’s reticence imposed by his father, Mitchell, who saw the ugly side of NBA life. Maybe he’s just naturally shy. Whatever the case, Andrew’s high school career, college “career,” media interactions and a rookie season that was much, much better than I think people realized (lots more on that in my feature on Andrew, which will be on SLAMonline soon) have taken place without much of the bombast that accompanied the breakouts of his predecessors. And if you doubt that’s where he’s headed, well, I’d argue that’s because of the coverage of his exploits, not the exploits. Just you watch.

As for where Andrew was, well, it was two short years ago that he was posing alongside Aaron Gordon, the Harrison twins, Julius Randle and Jabari Parker as a SLAM High School All-American. In a nice bit of symmetry, AW is now on the cover of the issue featuring the 2015 All-Americans. The vagaries of high school basketball (and high school students themselves) prevented us from getting all of this year’s team in the same room at the same time, but between our determination to shoot all the kids (and said kids determination to be shot by SLAM) means we once again executed a beautiful-looking All-American spread. You can enjoy that in the issue and place your bets on who—if anyone—is the next Andrew Wiggins.

Sticking with the theme of the future, we’ve also got lists of other All-Americans, both boys and girls, recaps of all the big high school All-American games (save for BallisLife, which takes place too late to make it into this issue), our usual monthly Punks coverage, the big news straight from Malik’s mouth, and a great short feature on one of high school basketball’s least likely powerhouses. I know a lot of eyes are on the NBA Playoffs, and our website and social channels are all about that, but the timing of print and the chance to be the one outlet you can always count on to look ahead as well as we look back, makes this issue a great time to do just that. Thank us later. 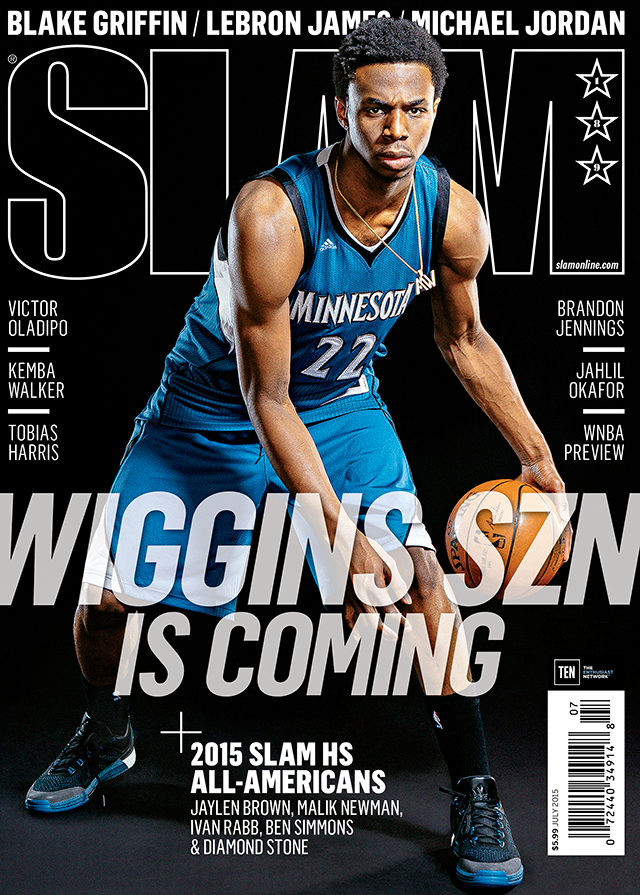 Stephen Curry on His Return to Play and Regaining His Rhythm

Steve Kerr: ‘There’s a Chance’ Andrew Wiggins Could Return and Play on Saturday