Anjali Ranadive stays busy with her music career and charitable efforts, but she is always keeping an eye on the Sacramento Kings—the franchise her father owns—and the team’s suddenly promising future. 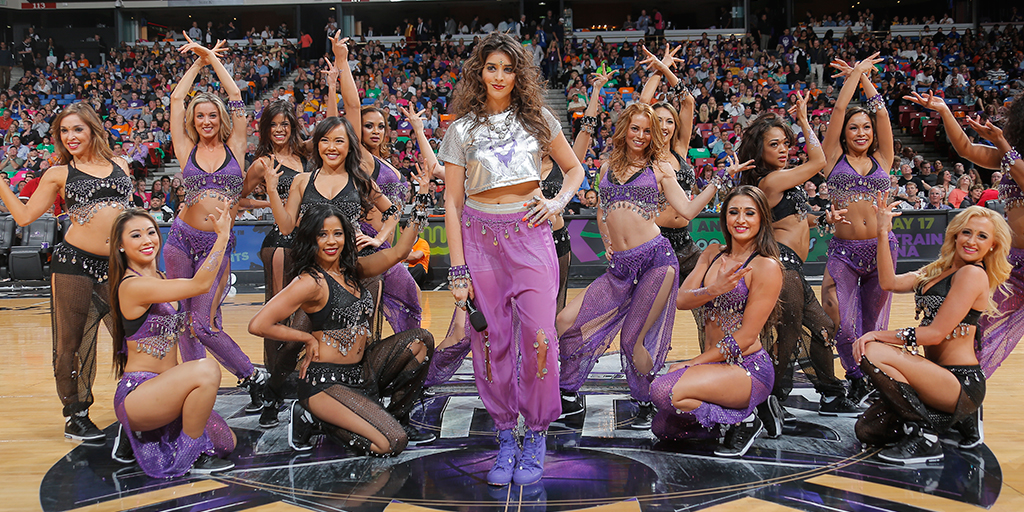 Anjali Ranadive, also known by her stage name of Anjali World, is the daughter of Kings owner Vivek Ranadive. A talented singer, Ranadive donates all proceeds from her music career to her nonprofit, the Jaws and Paws Foundation, which focuses on helping young children get familiar with endangered animals like sharks, polar bears and tigers. Despite her busy schedule, the 24-year-old singer’s love of basketball has never wavered.

SLAM: There’s a rumor that you were a defensive specialist back when you were hooping. Who influenced you to get after it on defense?

Anjali Ranadive: I grew up in the Bay. [Former Golden State Warrior] Baron Davis is one of my all-time favorite players. The Warriors’ 2007 run was the craziest playoff experience ever. Kevin Garnett is also one of my favorites—I love his style of play. He put everything on the court. He has the biggest heart and went hard at all times. He was one of the last old-school players left.

SLAM: So you try to bring KG’s mentality into the studio with you?

AR: Definitely! His fierceness and attitude of never giving up and going hard at all times is something that inspires me. When I was still playing, I was really inspired by his defense.

SLAM: Music is such a big part of the NBA. Which players have you connected with through music?

AR: Ben McLemore is a good friend of mine—he raps. Music and basketball are definitely always intertwined. I feel like entertainment in general is. Think about Jordans, they’re so timeless and such a representation of the sport. So many musicians love Jordans. They represent everything from the fashion to the mindset.

SLAM: You’re part of the Kings family now but do you still root for the Dubs a little bit?

AR: We were so involved with them for so many years. Obviously we were rooting for them in the finals, but it’d be another story if we were in the playoffs. It’s a fun rivalry with the two franchises going at it.

SLAM: You were at the draft lottery three years ago. What do you remember?

AR: I was super nervous. It’s very tense. I think this year it’s just insane. We’ve never had two picks [in the lottery]. I think a lot of things are going to change after this year. It’s great to have this young, new, fresh team with so much potential. I’m super excited to have De’Aaron Fox from Kentucky, he’s bomb. Our team is so young right now with Buddy [Hield], Willie [Cauley-Stein] and Skal [Labissiere]. I’m excited about it.

SLAM: Who were your musical influences?

AR: When it comes to my artistry, Aaliyah, TLC and Lauryn Hill. I’m more of an old-school person, for sure. If I were to show you my iPod, it’s artists like Tupac, A Tribe Called Quest and Nas. There’s not that much new music on it, even though I listen to it just to learn and study what’s relevant. I prefer to listen to older music. Artists like Tupac influence me because I love that people like him actually had a real message behind their music. They were able to use music to really make an impact. My dream is to one day be able to really do that by representing young women and women’s empowerment.

SLAM: What’s the message behind your latest single, “Undress?”

AR: It’s kind of tricking your mind. You think this might be a scandalous song. But you listen to the lyrics and it’s talking about how you don’t have to undress to build a connection with someone. That’s the theme behind my music—empowering girls to be able to love themselves.