After a rocky rookie season in Cleveland, the former No. 1 pick says he's ready to tap into his considerable potential in Minnesota. 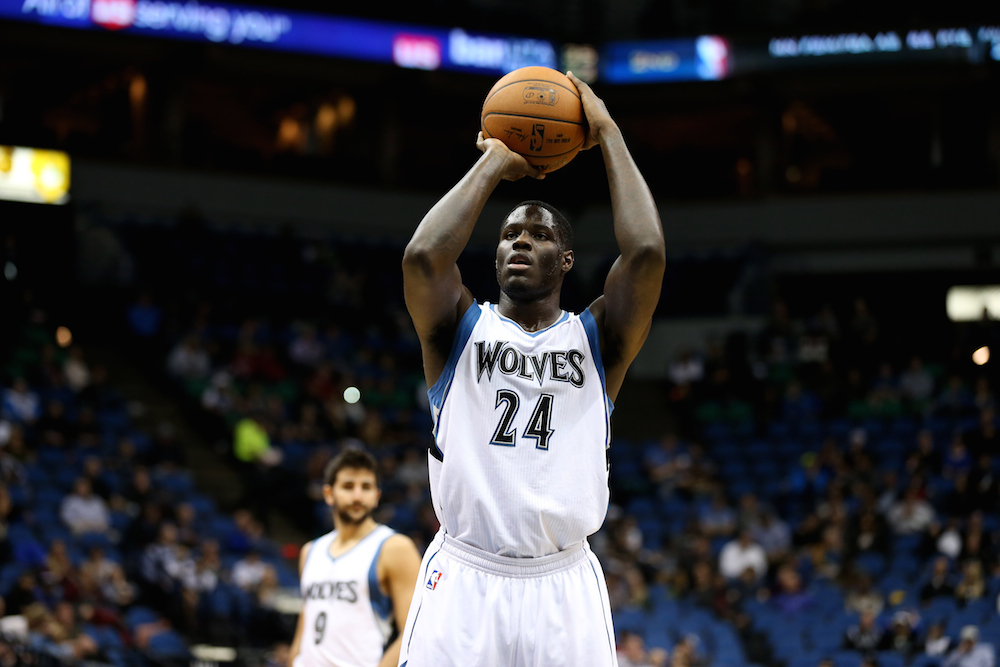 Anthony Bennett is a millionaire and just barely old enough to buy a beer in this country—the Toronto native will celebrate his 22nd birthday on Saturday. Despite his youth, Bennett has already endured quite a bit throughout his short NBA career. The No. 1 pick in the 2013 NBA Draft despite a serious injury, being rushed back to the court, being told he’d be playing with and then not playing with LeBron James. Finally, he was shipped to the Wolves as a part of the Kevin Love trade.

Bennett didn’t get down. He viewed it as a new beginning.

“It’s definitely a great feeling to get my confidence going. That’s the best thing in this game,” AB explained during a post-game interview on a frigid Minneapolis night recently. “We’ve got a lot of vets here and a lot of people my age, too. Every time that we have a chance, we link up together. I just think that helps our connection on the court.”

His averages of 5 points and 4 rebounds per game with the Wolves aren’t much different than the 4 ppg and 3 rpg he put up in Cleveland. It’s the way that he’s getting those numbers that’s so different. In Cleveland, Bennett had monster expectations on his back and was asked to play a position that he had never played in his life on the perimeter. In Minnesota, he’s back to his natural spot and while he’s not exactly killing it on the court just yet, he’s much more at home.

“I’m not a three. I never played the three in my life before Cleveland,” he broke down to us. “I’m a four. I’ve played the four my whole life. That’s definitely what I do. I just have to get used to playing with these guys here.”

Coming off of the bench, the Canadian has provided spurts of energy that get the team going. He’s great running the floor in transition and as has the potential to be a great threat to rim-run for a sick dunk to get the crowd hyped. He has become a favorite target of Ricky Rubio’s in transition when he destroys the tin. Bennett’s jumper gives him potential as a pick-and-pop threat or trail big man down the line. His skill level, potential on the offensive end, and ability to crash the glass are what made him the top pick in the Draft. Now, he just has to do it in the League.

“I just want to work,” the humbled power forward said. “Since I had shoulder surgery, I didn’t really have a chance to workout my rookie year. I’m just trying to get back to the things that I was doing in college.”

Along with what he was doing on the court at UNLV, Bennett is going to be back in the classroom. He is playing alongside a point guard who despite being just 24 years old, has already won at virtually every level outside of the NBA. Then, at the NBA trade deadline, Minnesota pulled the trigger to bring in arguably the state’s most beloved pro athlete not named Kirby Puckett: Kevin Garnett.

From the second that KG touched down in Minny, it was a complete culture change. Guys were going harder in practice, getting to the weight room earlier, and putting up extra shots after practice. The Big Ticket made it clear during his press conference that he was not going to accept anything less than excellence and would be serving the role of pseudo-teacher/mentor in addition to his duties on the hardwood.

“He’s been in the league 20 years, so everything that he’s doing pretty much works,” Bennett said. “I’m going to try to soak it all up.”

Stuck on the shelf with a sprained ankle for the time being, Anthony has done an outstanding job of keeping his body right while not being on the floor. He’s in the gym, working and learning from one of the game’s best. At around 230 pounds, he has the build and the raw talent you love to see in a developing power forward. Now it’s just a matter of keeping it there and seeing if chapter two of his career allows him to live up to his serious potential on the hardwood.

“This is how I am naturally,” he said pointing at his much improved physique. “Last year, I thought I was going to wait until I fully recovered [to play] and was around this size. They started playing me when I was 260 pounds and I was overweight, out of shape, and everything like that. It was a lot last year, but it was all on me.”