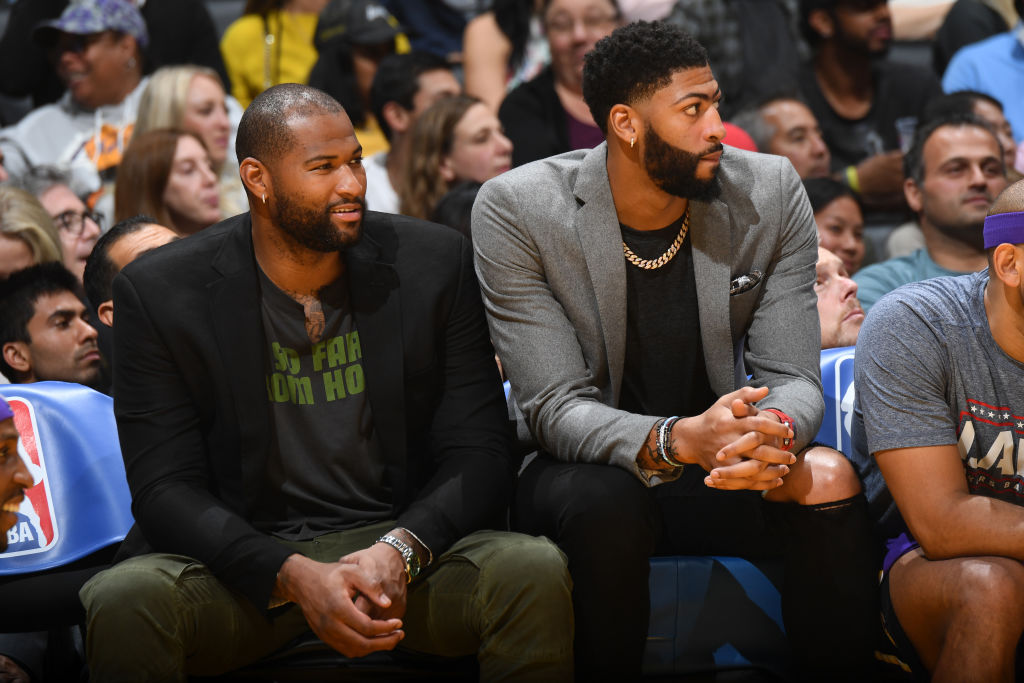 According to Shams Charania of The Athletic, After winning his first-ever NBA championship, with everything he could have done elebrate, Anthony Davis got on the phone to talk to DeMarcus Cousins.

Davis and Cousins became teammates on the New Orleans Pelicans in February of 2017. In fact, they made the cover of SLAM Magazine together shortly after. During interviews for the cover story, Davis spent some time talking about Cousins and how much he enjoyed being around him.

He’s soft, man—he’s a teddy bear, honestly. Of course he gets this rep about being a certain type of guy, but honestly he’s really not like that. Off the floor he’s one of the coolest guys I’ve ever been around. He gets perceived as this angry type of guy. You really just gotta know him to know him, honestly. You just can’t go off what the media tries to perceive him to be.

It seemed as if this could be one of the most dominant big men duos of all time. At the time, Davis and Cousins were two of the best bigs in the entire league. Unfortunately, injuries to Cousins ended up never allowing the two of them to play together long enough to make much noise.

You could tell how much Cousins has meant to Davis over the years. In the 2018 NBA All-Star game, he wore Cousins’ jersey since he was injured and unable to compete.

Last summer, Cousins signed with the Lakers shortly after Davis was traded to Los Angeles. It looked like the two of them would get the chance to play together once again. Another would hinder the opportunity.

Cousins ended up tearing his ACL before the season started and never played in a single game with the Lakers. He was ultimately cut to create roster flexibility for the Lakers, but was granted access to keep using team facilities.

Regardless, Cousins still spent a good portion of the season with the team, making him eligible to receive a championship ring of his own along with Davis. The friendship between Anthony Davis and DeMarcus Cousins goes much deeper than just on the court teammates.