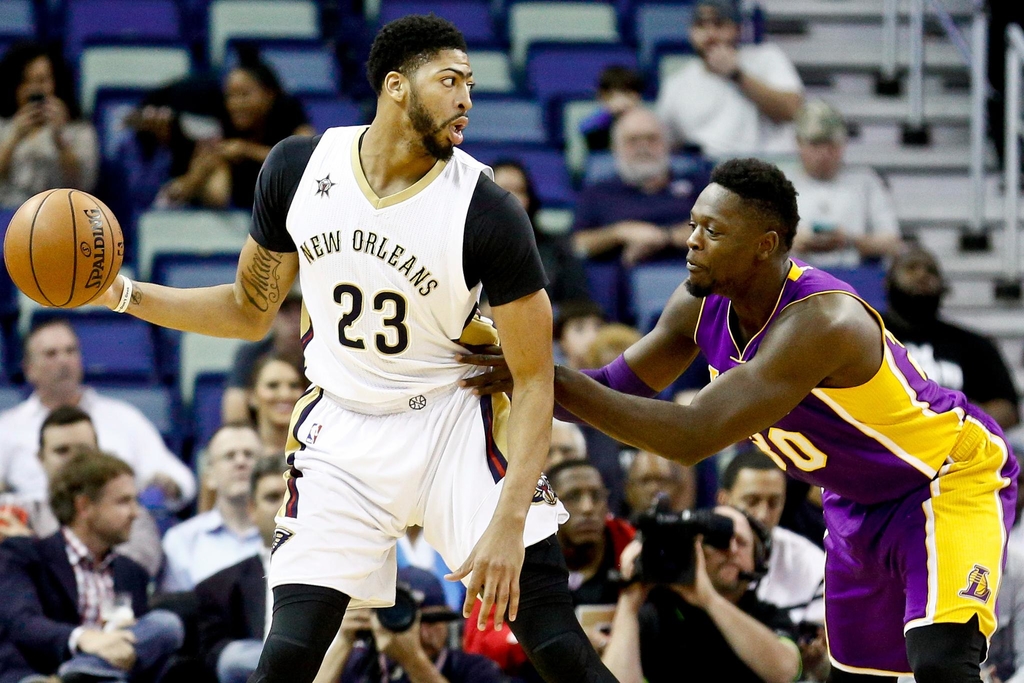 AD, the NBA’s leading scorer at 32.1 PPG, has topped the 40-point mark twice in the last six games.

The Lakers welcomed back Julius Randle, but Nick Young was carried off the floor with a strained right Achilles tendon.

Given Davis’ recent form, (Jrue) Holiday just wants to get him the ball.

“I’d give it to him with four people on him,” Holiday said. “It doesn’t really matter. He scores that easily.”

“I was just trying to take over the game and not let them come back,” Davis said. […] Davis, who also had four steals, three assists and two blocks, even dived to the floor to fight for a loose ball with New Orleans up by 24 in the third quarter, tying up Luol Deng for a jump ball.