AD got the boot for the first time in the Association. 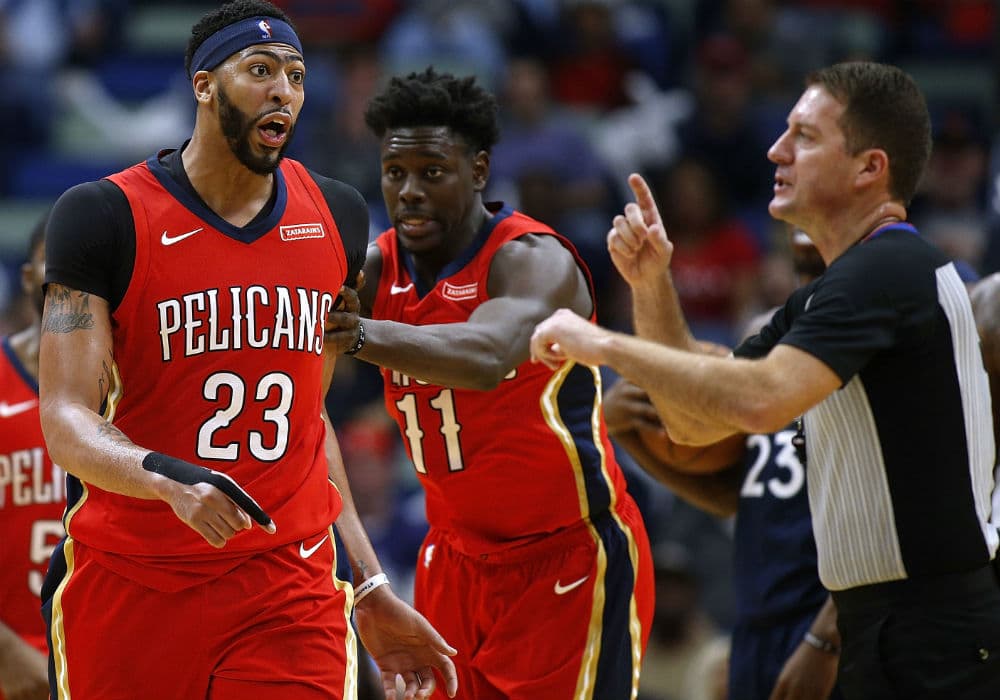 A night after LeBron was tossed for the first time in the NBA, Anthony Davis notched his first career ejection during the first half against the Timberwolves. Davis thought he was fouled by fellow Kentucky product Karl-Anthony Towns but didn’t get a call. He started to walk toward ref Brent Barnaky and was held back by DeMarcus Cousins. That earned him one technical.

Anthony Davis was super heated at the refs and had to be restrained by DeMarcus Cousins before he got ejected tonight 😳 pic.twitter.com/Vw6ZzffvsP

Then, on the next possession, AD was called for a foul while trying to block Towns. He didn’t agree with the call, and earned the second tech.

Usually, Davis is a mild-mannered star who doesn’t argue much with officials. Something about tonight set him though, and he left the court about as upset as he gets.