Anthony Davis Hangs 40 Points and 18 Boards on the Knicks 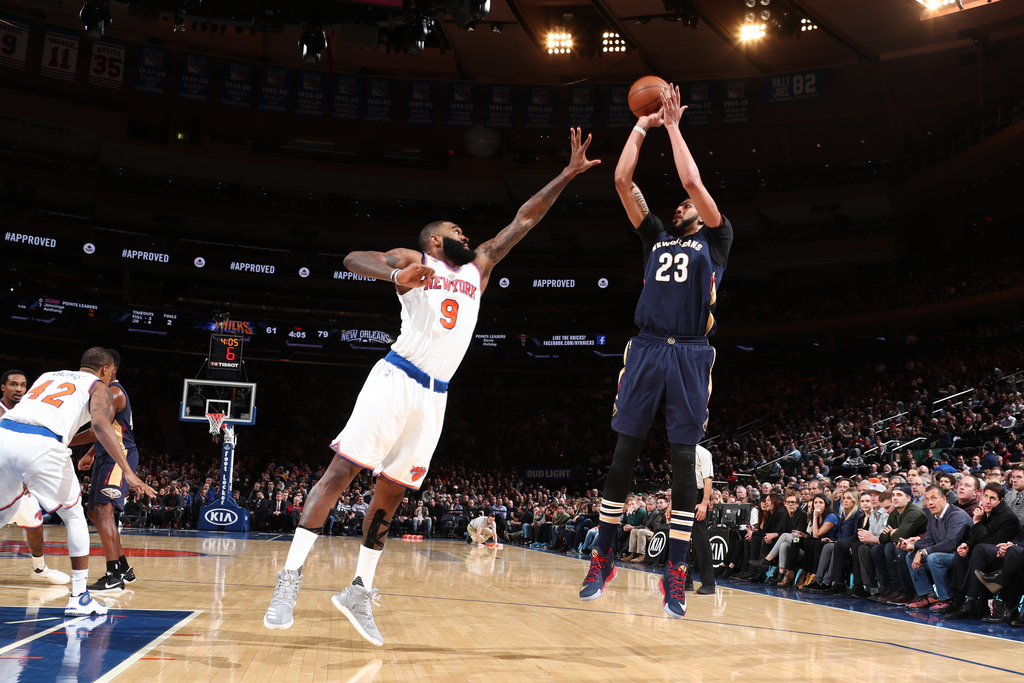 In a game whose storyline was dominated by Derrick Rose’s mysterious absence, Anthony Davis quietly went about his business Monday night, and lit up the free falling Knicks at MSG to the tune of 40 points and 18 rebounds.

To make matters worse for New York, which has lost eight of its last nine games, Carmelo Anthony was booted off the court late in the third quarter for yelling at the refs.

“I know where we are as a team, what we are trying to do as a team and I just tried to come out aggressive,” (Davis) said. “That was it.”

He left the game when he was flagrantly fouled by Kyle O’Quinn, ejected for swinging his arm down hard on Davis, who was dribbling up the floor on a fast break and ended up being knocked into the front row of fans behind the baseline.

X-rays were negative. Davis said he had a bruised hip and expects to receive plenty of treatment before the Pelicans play again Thursday in Brooklyn.